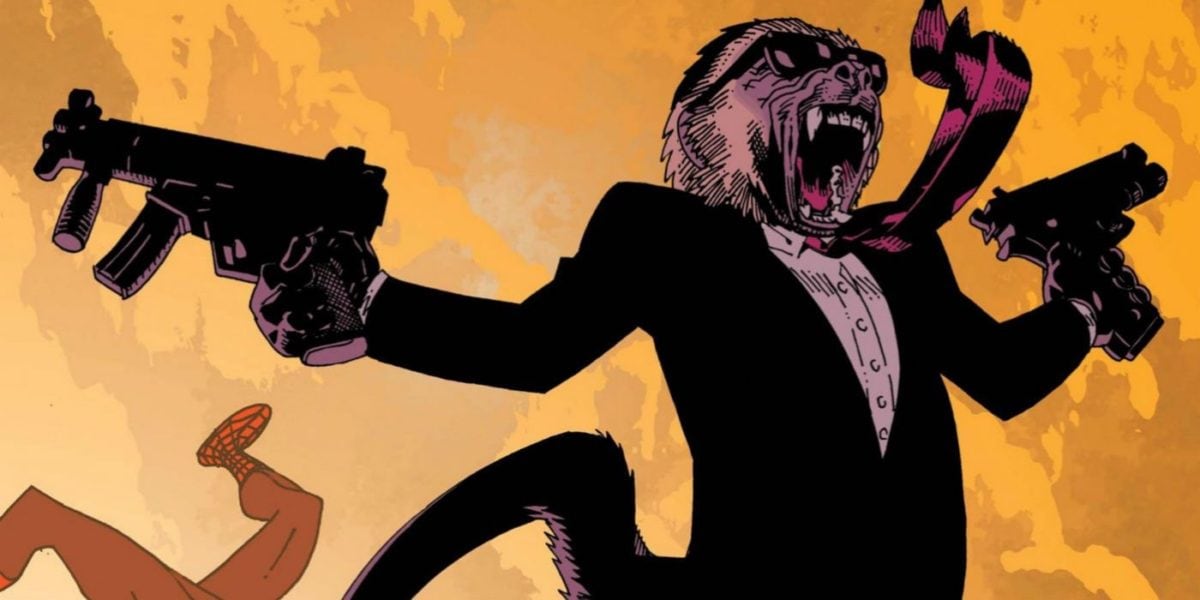 There was an idea to bring together a group of unremarkable people to see if they could become something more. The Offenders was a short-lived idea under the since shuttered Marvel Television regime run by Jeph Loeb. 4 animated tv shows to debut on Hulu, all different, but all eventually converging in a crossover event: The Offenders. 2 of the shows were canceled before they got too far along in development, Kevin Smith’s Howard the Duck and the showrunner-less Tigra & Dazzler, so The Offenders seemed pretty much DOA before it ever even got a chance. But, M.O.D.O.K. and Hit Monkey still remained, and only one of them has yet to premiere. Fear not, ladies and gentlemen, as EW has come with some answers.

Alongside the first-ever image of Hit Monkey, EW released a few words on what we can expect from the series:

Revenge can be sweet – and sometimes fuzzy. Based on the Marvel comic and created by Josh Gordon and Will Speck, this darkly comedic series follows a Japanese snow macaque whose clan meets a stranded hitman, Bryce (Jason Sudeikis), and nurses him back to health. But when Bryce bites the dust, it’s up to the titular simian (guided by Bryce’s ghost) to follow in his assassin footsteps and seek vengeance.

They also had a quote from series co-creator Josh Gordon, talking about the main protagonist of the series.

“He’s a character who is violent and temperamental but also deeply wounded and innocent.”

In only a few words, we already have a good idea of what to expect from the series. Not only do we have this report from EW, but Comicbook.com’s Adam Barnhardt has teased that the show is missing the recognizable “Marvel designation” due to the “hyper-violent” nature of the show. That’s definitely exciting for me and any other fans of adult animated action shows.

As for the future of the rest of The Offenders, there’s no information out there beyond speculation. So let’s engage in that for a moment. Howard the Duck seems to be someone that Marvel Studios and Kevin Feige might want to use in the future, and they already have as recently as a couple of weeks ago with What If…? episode 2. So perhaps the infamous duck detective has a future in the MCU. As for Tigra & Dazzler, they seemed to have more issues with development than anything else, because at the time of it’s cancellation they still hadn’t hired a showrunner.

So, perhaps while Howard the Duck and Tigra & Dazzler saw the end of The Offenders crossover, maybe we can still see Hit Monkey and M.O.D.O.K. live on future seasons of their own shows.

Hit Monkey debuts on Hulu on November 17th, starring Jason Sudeikis and created by Josh Gordon and Will Speck.