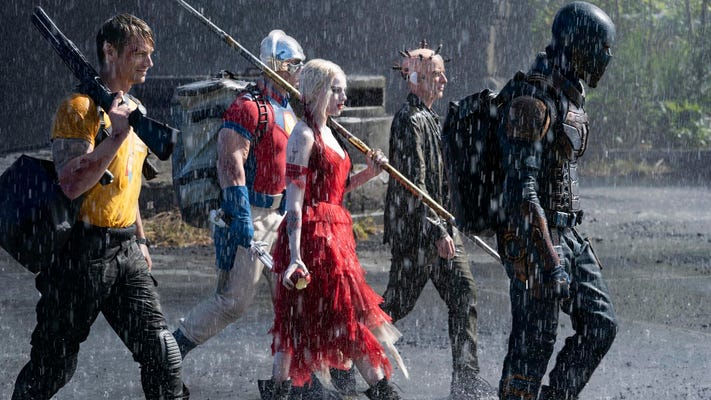 However you feel about the movies in the DCEU, it’s pretty obvious the franchise was created to try to capitalize on the MCU’s model of success. Warner Bros. tried to rush the building of an interconnected DC universe, and it crashed and burned pretty quickly. While the DCEU branding has continued, things are a lot looser now; not every project based on a DC Comics property is set in the DCEU, and even those that are don’t have a lot of threads tying them to many sub-franchises besides their own…and some don’t even bother to do that anymore.

Somehow, Warner Bros. decided to give James Gunn the chance to make The Suicide Squad even though the first film based on the property is notorious for being one of the worst comic book movies of the past decade. Given free rein to do basically whatever he wanted with the project, he took a couple of elements from the 2016 film and freshened them up to incorporate them into a new take on the squad. Gunn may be best known for his Guardians of the Galaxy movies over at Marvel, but The Suicide Squad is a textbook example as to why DC works best when they’re not trying to be Marvel, or more specifically, doing what Marvel can’t.

EXHIBIT A: Gory violence (when appropriate) is permitted

While rumor has it that the R rating will be applied to a few upcoming MCU movies (with the most likely possibilities being Blade and the third Deadpool movie) as of now every film within the franchise has been rated PG-13 in the US. The Suicide Squad goes all-out on the violence and gore, however, which led to an R rating that is more than earned.

Much like fellow R-rated DC movies Joker and Birds of Prey, The Suicide Squad knows when to go hard on the intensity and none of it is gratuitous. Joker’s brutal violence was meant to shock and horrify its audience, while Birds of Prey’s was meant to be more lighthearted (okay, maybe not in the face peeling scene). The Suicide Squad’s leans more toward the style of the latter than the former, but there are definitely some kills that pack a serious emotional punch.

Unlike Joker, The Suicide Squad‘s use of violence isn’t to be “scary” so much as play an important part in the satirical elements of the film. It also provides some nice variety in the fight scenes; there are plenty of ways to brutally attack someone, and this movie has no lack of creativity in that regard.

EXHIBIT B: Sex is actually acknowledged as a thing that exists

The MCU has been getting an increased amount of criticism for being “sexless”. Not every movie needs a romance, but most of the pairings in the MCU are sort of stale. This isn’t the only problem with the romantic elements of the franchise, but the lack of steam probably at least somewhat contributes to that vibe. DC, on the other hand, hasn’t really been afraid to deal with sexual matters, though this hasn’t always been executed particularly well (looking at you, Wonder Woman 1984).

The Suicide Squad handles sex pretty well for a movie that doesn’t have a sweeping love story or a “player” character central to its plot. Harley has a one-day romance that culminates in what she makes clear is a good round but then promptly moves on with her life.

And yes, The Suicide Squad is rated R, but even the franchise’s PG-13 movies are more apt to address sex than the MCU’s. This is ultimately a small thing, but it’s just nice that the DCEU isn’t shying away from sexuality it’s not exploited, but it is present and shown to be a part of life. 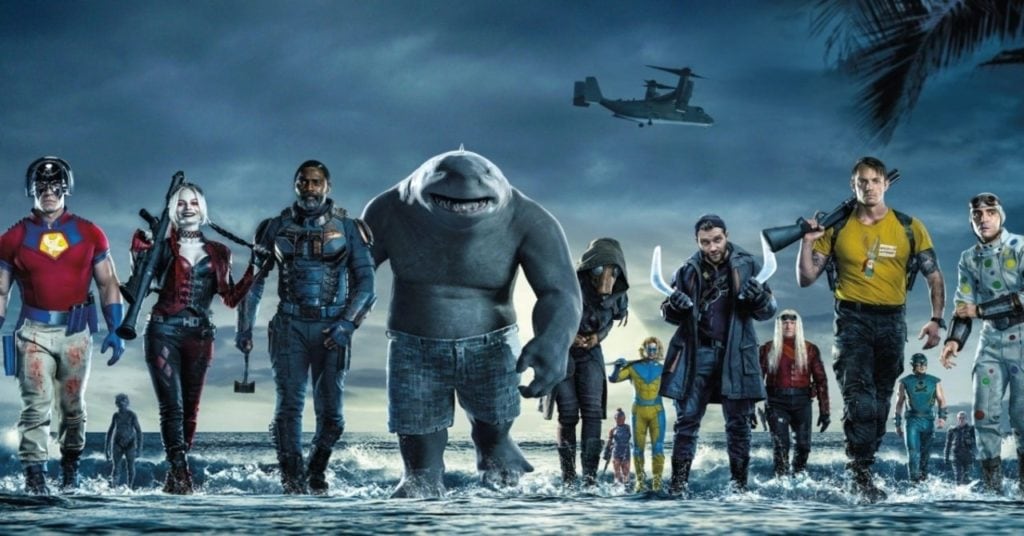 I stand by the opinion that the DCEU has by and large been better at handling its female characters than the MCU has. Most of Marvel’s women have fulfilled the archetype of the independent badasses shown to be more serious, less emotional, and “above” the silly antics of their male counterparts. There’s nothing inherently wrong with a character like this, but when the same personality traits apply to the majority of your ladies, there’s a problem.

The DCEU hasn’t always been perfect with their female characters, but we have at least seen a wide variety of personalities from them. Wonder Woman is empathetic, Harley Quinn is wacky, Darla Dudley is silly, Huntress is socially awkward, Ratcatcher 2 is quiet and caring, etc. And none of these traits affect their capabilities when it comes to getting the job done; some of them even enhance them.

Yes, the MCU has been improving on this with movies like Black Panther (which not only had plenty of female characters with different strengths and personalities, but allowed them to dish out most of the quips for once) and some of its Phase 4 projects so far, but the DCEU never really had it to begin with. If I had to guess, I’d say Marvel was probably concerned with having its few female characters be “good role models” for the young girls in the audience, but that’s what happens when there are only a few women included in the franchise (hence why it’s now becoming less of an issue). DC has seemed less worried about that, which has allowed their women to shine as characters rather than having them feel like obligatory token women.

While the MCU’s interconnectivity has been one of its linchpins since the beginning, it’s something that is very difficult to replicate. Warner Bros. tried and failed with the DCEU, so now the studio’s approach to the brand is to tell standalone stories for the most part. They’re even about to have multiple DC universes going with projects like The Batman. The studio works to make sure projects set within the same universe don’t contradict what’s come before, but they don’t have to explicitly tie into them like the MCU often does.

The DCEU is a loose continuity that exists across multiple films, but it isn’t a recognized and trusted brand the way the MCU is. Many people go to every single movie under the Marvel Studios banner because it is widely considered a seal of quality and each project carries the promise of contributing to a greater story. People tend to judge DC movies on a case-by-case basis in comparison, hence why its films have had such varying levels of success. But if DC has a potential advantage in any way over Marvel’s model, it’s that most of its projects can be seen as a “clean slate” that requires no previous knowledge to understand and enjoy.

The Suicide Squad is set in the same timeline as the original, but only uses a few elements from it and barely references it at all. Some characters return, some don’t, and the ones that do are easy to understand for newbies. This kind of soft reboot is possible thanks to the lack of an overarching narrative within the DCEU, which gives filmmakers plenty of freedom to tell their own stories.