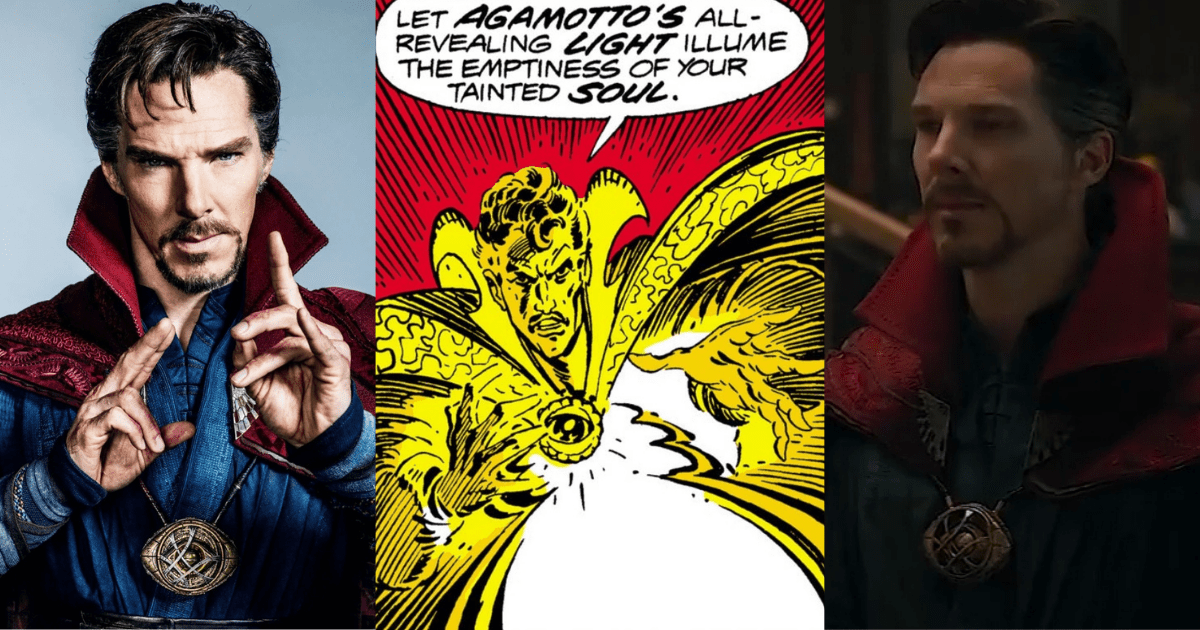 “Where are the stones?”

Everyone heard Thanos say that right? In the opening minutes of 2019’s Avengers: Endgame, Thanos admitted to destroying the Infinity Stones after succeeding in his goal of “correcting” the universe. This moment felt monumental because it showcased how much our heroes had lost, both in the people gone and the destroyed stones. This felt like a huge blow to all, but none more so than the Masters of the Mystic Arts who lost the Time Stone which appeared to power the Eye of Agamotto, an ancient relic that controlled the flow of time. Doctor Strange returned in the climax surrounded by his fellow sorcerers, still sporting the Eye of Agamotto. Without the stone, it appeared that the relic was now useless, except for a fashion statement.

Since Avengers: Endgame, we have only had one entry into the Marvel Cinematic Universe, which did not provide us with additional information about the status of our Sorcerer Supreme or one of his favorite accessories. Therefore, it’s been hard to gauge where Strange has been or the status of his magical trinkets, until recently. Official images for the Spider-man: No Way Home line of Funko Pops were released this past week. Of the six Funko Pops released, three showcase our favorite arachnid friend in various suits from the movie, as well as two of his friends Ned and MJ. But it was the final one was truly magical.

It was Dr. Strange in what appears to be his street clothes (jeans, grey V-neck, and a blue flannel over top) with his Cloak of Leviathan over him, winter boots, and most interestingly the Eye of Agamotto around his neck. In Doctor Strange, when the title character would use The Eye of Agamotto, it was for the sole purpose of reversing, speeding up or looping time. When powered up, the Eye would open, exposing the brilliant green Time Stone underneath. The logical conclusion is that the Eye of Agamotto housed the Time Stone, which was the true source of power for the artifact. Which is why it was such a huge blow to lose. Now if it is true that the Infinity Stones are truly gone and no longer the focal point of the Marvel Cinematic Universe going forward (Avengers Endgame and Disney Plus series Loki), it seems rather odd for the Sorcerer Supreme to continue to wear the Eye. Perhaps it is purely for sentimental or aesthetic reasons, but what if the Eye has a bit of magic that viewers have not seen that resides within the artifact itself.

In the comics, Agamotto (pictured above) is a god-like being who created three eyes: one of Power, another of Truth, and a third for Prescience. The first and the last eyes are given to other beings of power (Sandurang the Asgardian Dragon and Kulan Gath respectfully). Aside from the fact that they were created and derive their power from the same being, those eyes have little to do with the relic fans know as the Eye of Agamotto. However, the middle eye (The Eye of Truth) is given to the Sorcerer Supreme and Masters of the Mystic Arts to combat the power of Dormammu.

As stated above, it is said that the Eye draws its power directly from Agamotto himself, which may give a clue to how it can continue to serve Dr. Strange. Instead of the Time Stone acting as a battery for the Eye, perhaps they fed off each other in a symbiotic relationship. Amplifying each other’s powers, creating something more powerful than either piece by itself. It was shown in Avengers: Infinity War and Avengers: Endgame how powerful the Time Stone was on its own as well in conjunction with the other stones. So if there is a symbiotic relationship between the Time Stone and Eye of Agamotto and the Stone worked extraordinarily outside the relic, it stands to reason the Eye also has powers of itself that have not yet come to light. If the Funko Pop is accurate to how he appears in the movie, the Eye still serves a purpose, so what powers or secrets could the Eye of Agamotto still hold?

The origin of the Eye of Agamotto in the comics indicates that its purpose is to find and show the truth in all situations. At first glance, this feels reminiscent of Wonder Woman’s Lasso of Truth’s power without all the tying up of villains. Accompanying this is an “all-revealing light”, the ability to playback events (resembling the power of the Time Stone in the MCU) and bestows telepathic-like abilities to the individual wearing it. The “all-revealing light” may help Dr. Strange significantly because it will help him to see through all disguises and illusions, as well as weakening evil mystical beings he is trying to vanquish. Along with the ability to probe minds and provide a strong barrier, the Eye could be used as an extra defense as he and Wong work together to rebuild the Sanctums and restore balance to the Mystic Arts.

Could the ability to see through disguises and illusions provide a clue to the plot of Spider-man: No Way Home? A working theory could be that whatever villains come into play are shrouded in illusions or hidden in disguises that require Dr. Strange to use the Eye to see through. He could also use the Eye to weaken the villain’s defenses to provide Peter with the time or opportunity to apprehend them. Either way, it appears that there is still a lot of life left in the Eye of Agamotto, even if time isn’t on its side.