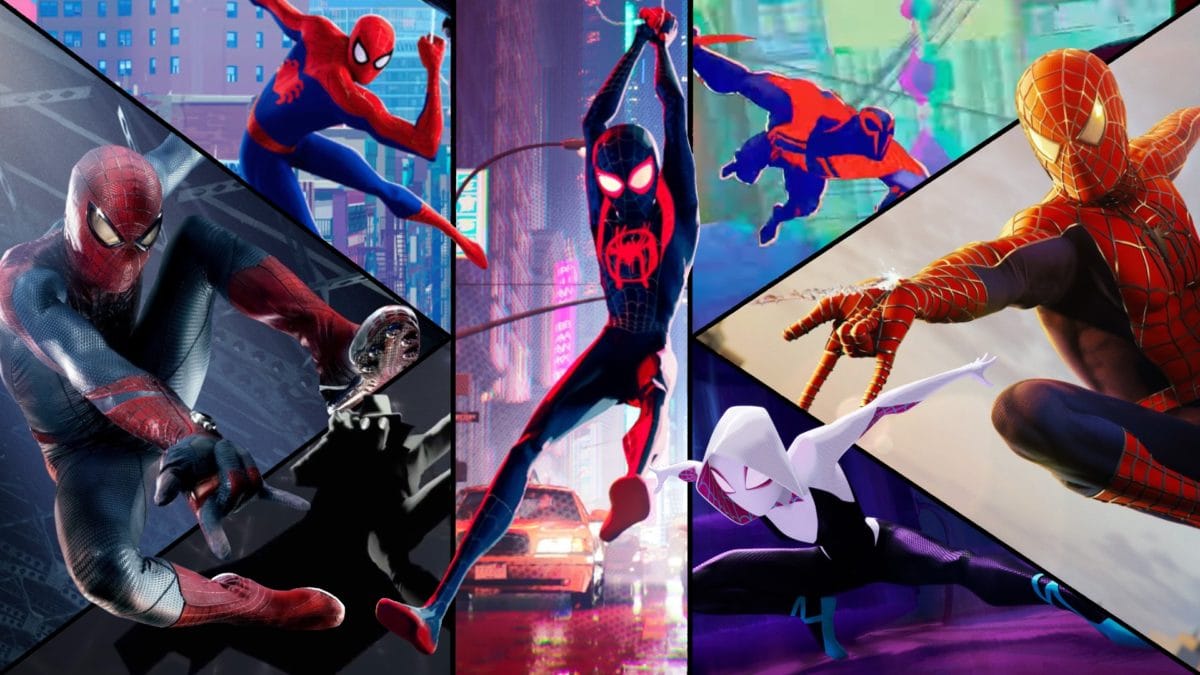 In the few short years since the release of Spider-Man: Into the Spider-Verse, it has quickly become one of the most meaningful to me. Not only did it open my eyes to a new standard of comic book and animated filmmaking, but its themes have stuck in my head since the very first time I saw it. Watching a character I grew up with, Peter Parker, struggle with the tedious and monstrous faults and missteps of life was heartbreaking, and it was a heartbreak that felt a little too familiar.

While Peter’s (or Peter B. Parker, as he’s referred to in the credits) struggles felt very real and added a lot of emotional weight, Spider-Man: Into the Spider-Verse was a movie more about overcoming those struggles rather than wallowing in self-pity. The moment where Miles finally helps Peter admit to himself what he needs to do, and the moment where he succumbs is one of the most beautiful moments I’ve been a part of and watched on screen. To this day, I can’t hear the words “not bad, kid” without feeling a wave of goosebumps and tearing up a little bit.

My use of the words “been a part of” is very intentional, because that’s how it felt. Watching Spider-Man: Into the Spider-verse felt like being a part of something. A moment in time and history, and a moment in my life where everything would change. So hearing that a sequel to the film that altered my view of life was a double-edged sword: obviously, I want to see these characters again and I want to feel the same way I did when I watched the first film, but it might be too high a bar too clear for it to even be possible. So, while I’ve been working on tempering my expectations and enjoying the beautiful animation put into the trailer that was released last week, I’ve also been trying to think about what could reach the same level of emotion and depth as the first film.

Spider-Man: Into the Spider-verse was like 1,000 lightning bolts hitting the same spot at the same time; rather unlikely to happen again. But with the animation team working overtime to top the work they achieved in the last film, we’ve already doubled our chances at a second potential bullseye. I think the biggest hill to climb for the sequel, Spider-Man: Across the Spider-verse, is attempting to live up to the strong thematic resonance that the first film brought.

I always felt that at the heart of the film was a pure idea that “anyone can be Spider-Man.” Miles is a young Brooklyn kid who has seemingly nothing special about him, who’s given a way of being a superhero. But by the end, we’ve seen Miles grow leaps and bounds from who he previously was, and by every standard of the word, he is THE Spider-Man, just as much as any Peter Parker we’d met before him. So with Across the Spider-verse, and the story being prepped and ready to explore the multiverse through Miles’s eyes, I want to explore and celebrate the individuality of everyone.

With Miles, Gwen, Peter, Miguel, and the trailer hinting at the inevitable inclusion of Pavitr; this is an incredibly diverse group of individuals, all unique in a million different ways. It could be something as small as all of these heroes using unique abilities to bring down the bad guy in the end, but just a little notion like that can mean so much more. No matter one’s ethnicity, orientation, upbringing, or any of the millions of things that make everyone on earth unique, we can all still be Spider-Man.

I think that same idea could be explored through the film’s rumored villain: Spot. While I can’t be sure about the way this character might be folded in, there are a lot of possibilities. For example, having a character with the ability to be in 100s of dimensions at once, might cause some serious identity issues. Reflecting the journey of a villain with the struggle of self-identity with the journey of our heroes as they celebrate and hone the unique identities of each other could be great.

As far as I’m concerned, there is still a lot of room for the Spider-verse crew to grow and become better. The animation in the trailer looked fantastic and is probably going to be a huge improvement over the previous film. If the thematic weight and emotional beats are half as strong as the previous film, we’ll still be in for quite the show.

Spider-Man: Across the Spider-Verse is set to release in theaters on October 7th, 2022. Check out the trailer below!