How Marvel’s ‘Eternals’ Could Have Been Improved How Marvel’s ‘Eternals’ Could Have Been Improved

The latest entry in the Marvel Cinematic Universe, Eternals, debuted last weekend to mixed critical reception but rave reviews from fans. Although Eternals may be slightly divisive, it’s also the biggest swing the MCU has taken in its 13-year history.

Chloé Zhao’s cosmic epic boasts the most diverse cast of any superhero movie and tackles deep themes, pitting a team of holy warriors against the gods that created them. While it’s definitely not the worst movie in the franchise, Eternals isn’t my favorite, and I think some minor changes would have made the movie better.

The biggest hurdle for Eternals to overcome was introducing more than 10 new characters to the MCU at once and making audiences care about their relationships. The movie seemed to stumble a bit out of the gate, giving us a brief flashback of the team in action before immediately throwing us into present-day London.

That choice just didn’t work for me. I didn’t care about Sersi and Ikaris’ failed relationship because I didn’t know anything about either of them. It was extremely strange to go from the dramatic setup of “Eternals and Deviants have been battling each other for thousands of years” to “we killed them all 500 years ago.” I believe that the way flashbacks were integrated into Eternals didn’t do the movie any favors, even though they were definitely cool to see. 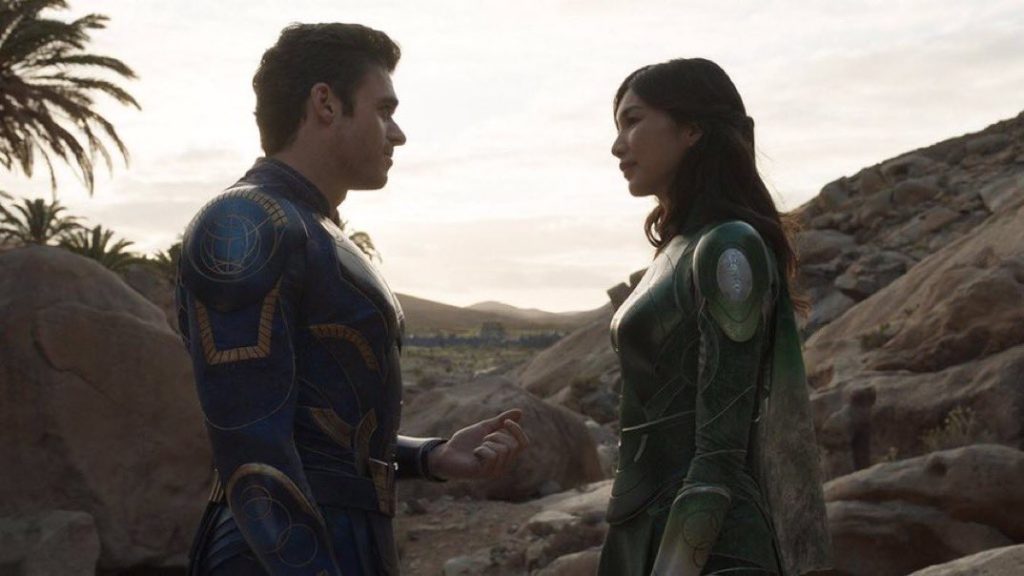 I certainly cared about the characters in the end (the third act was very good), but I never really bought into the relationship at the center of the movie. Gemma Chan’s Sersi and Richard Madden’s Ikaris barely appeared to have feelings for each other, and part of that is because they were introduced as exes instead of being introduced as a couple. The Babylon flashback scenes were some of my favorites in the movie, but even there it seemed like Ikaris and Sersi only became a couple because they were both hot and bored.

We know almost nothing about their friendship from 5000 to 500 B.C. or how they feel about each other. Their entire romance in the film is centered on a brief exchange of “you’re beautiful” and “I’m yours if you’ll have me” before they have sex on a beach.

While their interactions in the third act were moving, they didn’t really feel earned since Ikaris didn’t seem to care about anyone at that point, not even his fellow Eternals. The only real emotion he expressed was when he killed Ajak. It’s very clear that he didn’t care about humans, but it’s odd that he had the same apathy for his family until his final scenes. 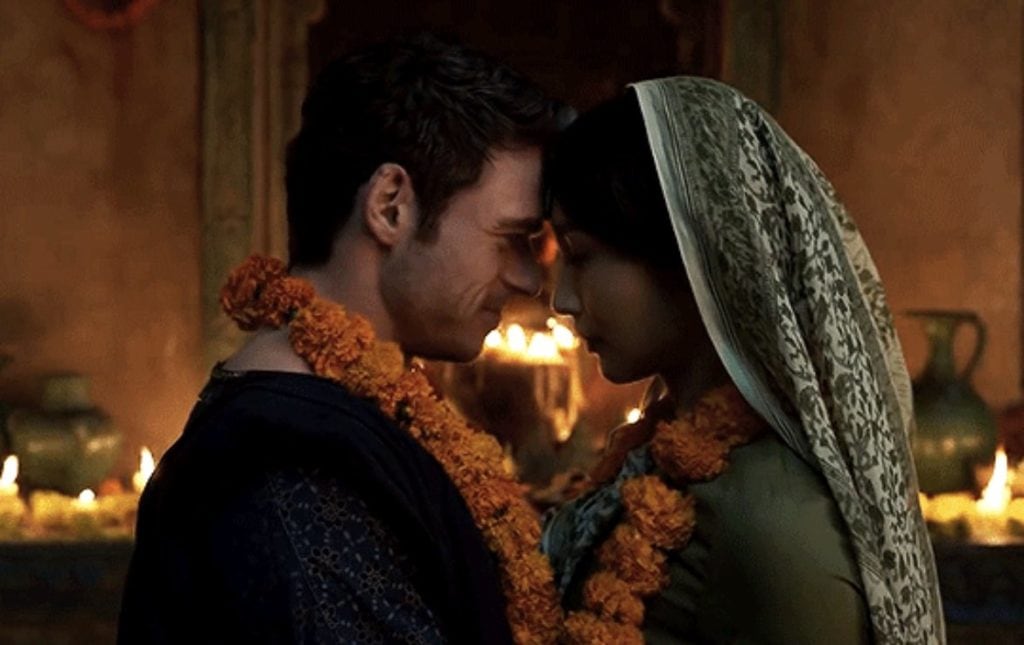 The easiest solution to this problem would be moving up most of the flashbacks to the start of the movie. Ikaris and Sersi’s love story didn’t hit as hard as it could have because they were introduced as exes. If the Babylon and Gupta Empire flashbacks were placed before we went to present-day London for the first time, it would help develop the characters more naturally. The Tenochtitlan flashback could still be saved for later in the movie to preserve the mystery of why the Eternals split up in the first place.

I really think Eternals needed a more significant rewrite overall, however. There was too much going on in a slow-paced movie and characters like Kro felt extremely half-baked as a result. I loved it when Druig said “no, that makes them us” in response to Sersi’s worries about Deviants becoming more dangerous with a conscience. The idea didn’t get any time to breathe, though. Kro just popped up and fought Thena so she could get revenge for Gilgamesh’s death.

While he worked well enough for her arc, his anger towards the Celestials and Eternals could have been the backbone of his own development. Kro’s scenes with Thena in the cave were good but would have hit much harder if he had been the Eternals’ enemy for thousands of years (as he was in the comics).

I think Eternals would have worked much better if it was split into two distinct halves. But I really hate movies that save all of their interesting ideas for a potential sequel. To that end, the movie should have started in Mesopotamia in 5,000 B.C. and then followed the Eternals through Babylon, India, and several other places for the first act of the movie. This would give the characters more time to develop and build up their relationships (such as between Ikaris and Sersi) in a linear fashion.

Kro could have naturally evolved around Babylon (or evolved by absorbing Ikaris’s cosmic energy or something similar), becoming the Eternals’ biggest enemy. After the Eternals kill the second-to-last group of Deviants they would leave their current home for South America, but we wouldn’t see what happens in Tenochtitlan yet.

The present-day scenes could play much like they already do in the finished movie. Ikaris’s dramatic entrance would be perfect if it happened in the middle of the movie when we already know his history with Sersi. Getting the team back together would flow more easily and could go by a bit faster without being interrupted by constant flashbacks.

The Tenochtitlan flashback could be placed at the same point in the movie, dramatically revealing why our heroes split up. Once again, while the scene was a very well-done, emotional family break-up, it would hit even harder if we had actually seen these gods love and protect each other over millennia. 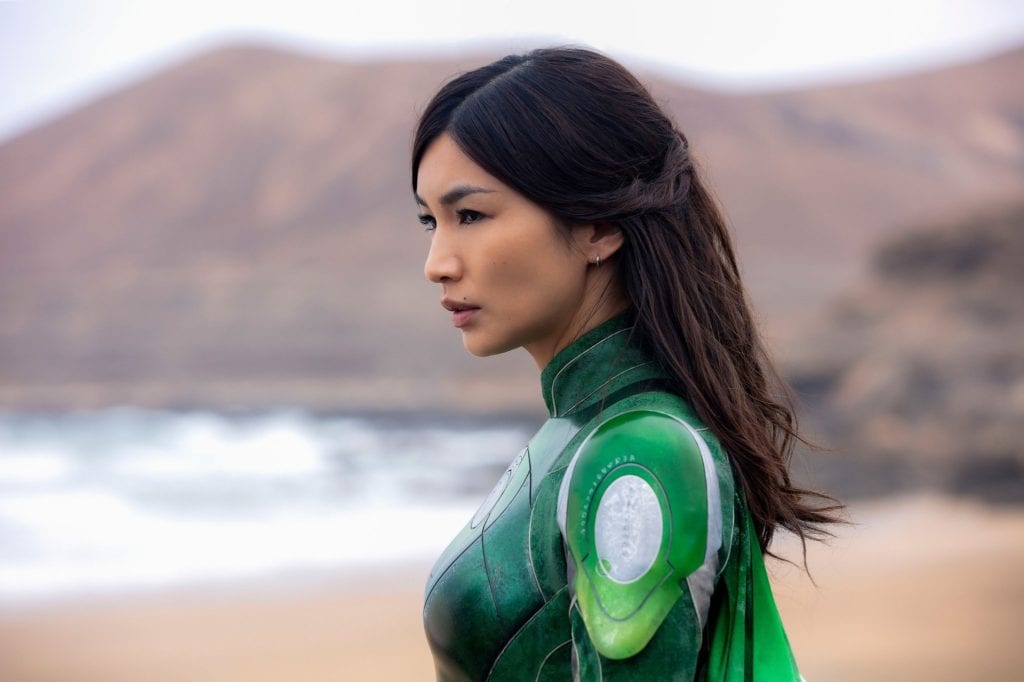 Finally, the third act could also be pretty much the same. The only other thing I’d change is seeing what all of the Eternals did in their time on Earth. When Ajak tells them to go out and explore the world, it would be nice to see a montage of the Eternals assimilating into human culture or receding from the world like Makkari. While we got teases of their time on Earth, it would be nice to actually see the Eternals on their own, even if it’s only for a minute.

Personally, I felt very little for the characters in Eternals for a good chunk of the movie’s runtime, and that’s unfortunate. I’m a huge Marvel fan so of course, I read about them, I knew all their names and powers, and I was eagerly waiting to see how things like Ikaris and Sersi’s relationship would play out on screen. But I didn’t like how we immediately went to the present day after a single action sequence and I really disliked Ikaris and Sersi’s relationship being a “fill in the blanks with flashbacks” situation.

When I saw Eternals for a second time, I expected to be pretty bored while the team reassembled. However, I was surprised by how much more I enjoyed a lot of the present-day scenes the second time around. But it makes sense because I actually knew about the characters’ history now.

The biggest problem with Eternals isn’t that it bit off more than it could chew or that the characters are underdeveloped. It’s the fact that the characters are introduced like old friends that we should be happy to see when we don’t actually know who they are. In any case, this does seem to be a film that you get more out of each time you see it.

I’m very excited for the sequel now that I love the Eternals. I can’t wait to see them go to the World Forge to meet the Celestials, but I also can’t help but be disappointed that we didn’t see much of their 7,000-year family history. It would be great to see the entire team working together in “the old days” for more than 10 minutes. Hopefully Eternals 2 brings back Salma Hayek and Don Lee for some more flashbacks!