How Lin Lie Could Become the MCU’s Iron Fist

How Lin Lie Could Become the MCU’s Iron Fist

Shang-Chi and The Legend of the Ten Rings saw the introduction of a large portion of the Marvel universe. Director Deston Daniel Cretton and star Simu Liu opened the doors of the Marvel universe to something completely new. An extension of the mystic elements introduced in Doctor Strange, Shang-Chi explored a specific space that was inspired by and focused on Asian elements and characters. A portion of the universe is inhabited by not just Shang-Chi and the Ten Rings, but also groups like the Agents of Atlas.

This can only mean one thing… that’s right fellow Iron Fist fans; we’re getting so much closer to the premiere of one of the coolest characters under the Marvel banner. Not only that, but with the Netflix Marvel characters slowly making their way into the MCU officially, we could very well see the reemergence of Finn Jones‘ Danny Rand soon. But that’s not to say I think Jones should linger around all too long.

One of the most exciting and fun parts of the Iron Fist character is the deep lore that comes along with it. The mystic city of K’un L’un, the dragon Shou Lao, and the long history of legends who’ve wielded the Iron Fist; that’s what make the character so intriguing.

We’ve already seen Finn Jones‘s Iron Fist, and we know what Danny Rand looks like. It’d be cool to see him alongside Shang-Chi for a story or 2, but I think his purpose would best serve as a bridge between the two stories.

You can always keep Danny around to continue as an Iron Fist and partner up with Luke Cage or whatever fun stuff, but I believe that a newer addition to the Marvel universe is a more appropriate Iron Fist for the MCU’s future.

Lin Lie was introduced in May of 2018 and was initially a hero of his own called the Sword Master. He has his own interesting history and legacy in Marvel lore, which could allow for deep exploration before he’s ever even bestowed with the power of the Iron Fist by Shou Lao.

That’s exactly the kind of stuff Shang-Chi seems to be approaching. Not only the inevitable creation of the Agents of Atlas but the deeper exploration of Asian-inspired lore that has recently debuted in the Marvel comics. Lin Lie’s story runs deep and really; it’s exactly the kind of thing the MCU needs to keep it fresh.

Who is Marvel Comic’s Lin Lie?

Lin Lie was introduced in Warriors of the Three Sovereigns #1, written by Shuizhu & penciled by Gunji. Before his father and brother left him, he was given a mysterious sword by his father.

That year after his father leaves is exactly where they could introduce Lin Lie into the MCU. His father leaves and Lin Lie then links up with Shang-Chi hoping that he can stumble upon some answers to why his father left this sword to him. Imagine the character of Darcy in the Thor films, with a little more of a fleshed-out backstory and plan for their future. A sort of “third wheel” to the narrative who is thrown into the limelight when Shao Lou grants him chi to save his life in a time of need.

Then once the narrative has wrapped up, Lin Lie can stay by Shang-Chi’s side as they go on to be a big part of the future of the larger MCU. If Feige doesn’t want to toss away the Danny Rand character, he can still meet up with Mike Colter’s Luke Cage and the two can become the Heroes for Hire in NYC.

There are a lot of options here, but a great start would be just by introducing Lin Lie to the MCU. He’s a character who has a lot to offer, and putting him in the MCU would do a lot to flesh out the universe.

Last December, a Shang-Chi sequel was announced to be in the works with Deston Daniel Cretton returning to direct. What do you think the future holds for Iron Fist in the MCU? Would the Shang-Chi films be the best opportunity to reintroduce him? Let us know in the comments or on social media!

You can read some of Uday’s pitches for possible Shang-Chi spinoffs he’d like to see in this article: Shang-Chi and the Legend of the Disney+ Spinoffs 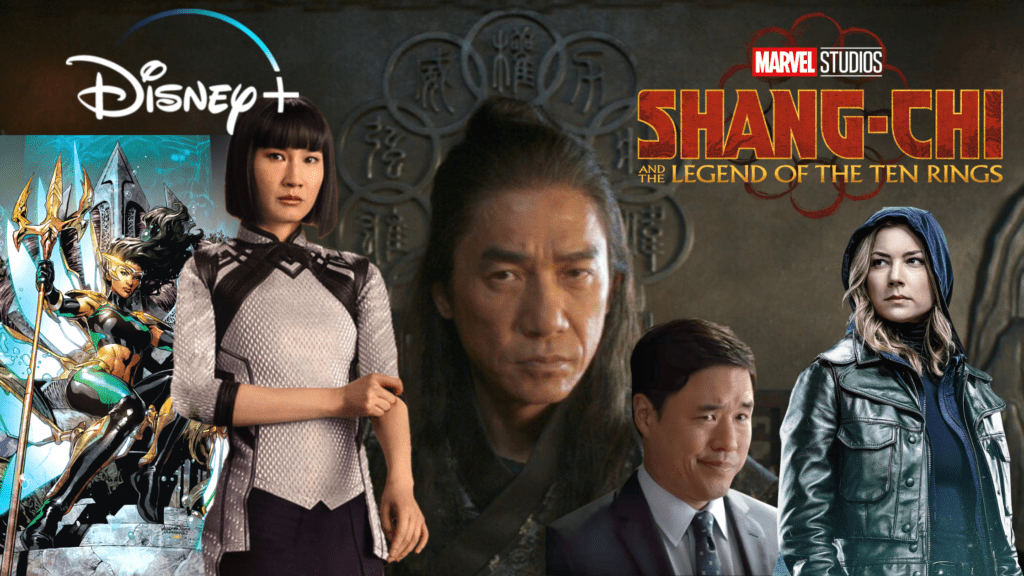