How Chip Zdarsky’s Run Can Influence Daredevil In The MCU How Chip Zdarsky’s Run Can Influence Daredevil In The MCU

Ever since Kevin Feige got up on that Hall H stage and uttered the words “18 episode Daredevil series” (not verbatim), I have been reeling. I’ve been sitting around and stewing in it. Thinking about any possible excuse to write about it that won’t just be the word “wow” 1000 times over. I put the energy elsewhere and picked up my iPad and read all 36 issues of Chip Zdarsky’s Daredevil run.

But then it hit me, an answer to the lingering “why?” Why give this series 18 episodes, which far exceeds the typical 6? The answer that came to me was that 18 episodes make sense if they were loosely adapting a 36-issue volume of comics.

[Warning: spoilers for Chip Zdarsky’s initial 36-issue run of Daredevil and the Devil’s Reign event below]

The Zdarsky run (listed at the end of this guide) begins with Matt recovering from an accident that knocked him off his feet. Finally feeling better, Matt decides to don the horns once again to remind the criminals of Hell’s Kitchen that the Devil is still watching. He gets into an altercation with three guys robbing a liquor store and quickly realizes just how rusty he really is.

Meanwhile, Wilson Fisk is the currently operating Mayor of NYC and has been tightening his grip on the working vigilantes. He’s handed quite the smoking gun when the news comes on and reveals that in that liquor store altercation Daredevil killed someone. The news shakes Hell’s Kitchen down to its very foundation and lays down a devastating tone for what’s to come.

With the beginning of the story comes the emergence of one Detective Cole North, a straight-edge cop determined to do everything by the book. Cole feels like the only true symbol of morality in the whole story, as Fisk now uses his power as Mayor to do his deeds and Matt continues to push himself as he falls into denial that he really took a man’s life.

Matt, Fisk, and Cole are the 3 key figures in the story, as the relationships between the three are constantly manipulated and strained during the run. But the huge scale and implications of the catalyst for the story attract all sorts of characters that could easily fill the time of an 18-episode run.

As far as the story for MCU Daredevil goes, we’re really unsure as of now how he would fit in. We don’t know for sure if the Daredevil series produced by Netflix will be strictly considered canon, or if they’ll play it fast and loose. Cox appeared in No Way Home, but he was just practicing law and we don’t know if he was working as Daredevil at that time or not (although that catch is certainly a clue that he might be). We also know he’ll be appearing in the suit as Daredevil in She-Hulk, but what his past will be is yet to be seen.

I think the most important thing in the Zdarsky run that would need to be established before the Daredevil: Born Again series is Fisk’s placement as the Mayor of NYC. The run is constantly questioning the importance of power, both politically and criminally, and that would likely be a key part of an adaptation as well. But Matt doesn’t necessarily need to be rusty for him to make the fatal mistake he does. In fact, how much more impactful could it be if he made that mistake as a fully functioning hero?

One of the most intriguing developments of the comic run is when Daredevil is able to use legal precedent to go to prison as Daredevil and not have to give up his identity underneath. The precedent was set in the past when a hero testified on the stand and the court recognized the hero as a separate identity from what was underneath.

With She-Hulk: Attorney at Law introducing a whole show about superheroes’ relationship with the law, and with Daredevil appearing in that show, it would be the perfect time to set such a precedent. That story in the run is such an interesting one because to finally see someone like Matt (famously riddled with Catholic guilt) bring punishment upon himself is a huge step in his growth. Doing that right out of the gate with the character in the MCU would be an excellent swing to show just how seriously they are taking things.

When talking about Zdarsky’s Daredevil run, there is the lingering implication of Devil’s Reign: the Marvel Comics event that brought a lot of things in that initial run to a head. Even if they aren’t looking to Zdarsky for their series Daredevil: Born Again, I would be very surprised if Devil’s Reign wasn’t in their plans at all. After all, Feige did just mention at SDCC that they were building out the world for the ground-level Marvel heroes, and

Devil’s Reign would be the perfect end to the ground-level story’s “Phase One.”

With the build-up to Daredevil: Born Again coming off of a whole lot of projects – Hawkeye, Spider-Man: No Way Home, She-Hulk, and Echo – it wouldn’t surprise me to see Devil’s Reign possibly even adapted in that 18-episode order we’ve already heard. Daredevil is the heart of that ground-level storytelling and there is no better place to do the first big crossover event than in Daredevil’s very own story.

The Thunderbolts and Devil’s Reign

In the grand scheme of the MCU, given the projects surrounding Daredevil: Born Again, I think it would even make sense to see Devil’s Reign adapted in some way. One of the most interesting things about Devil’s Reign is the way it makes use of the Thunderbolts. They play a huge part as the enforcers of Mayor Fisk and they have a huge role as the sole physical antagonists and representation of Fisk on the battlefield that is Hell’s Kitchen.

As details about projects continue to come out, it’s looking more and more like things are ramping up for 2024. Daredevil: Born Again and Thunderbolts could very well be the climax of all the things we’re seeing announced and set into motion right now.

Chip Zdarsky’s initial run on Daredevil was incredible, and Devil’s Reign is a really great event (and a good excuse to bring all those characters together). I think with the development for the Daredevil: Born Again series going on right now, they would be remiss to not look toward Zdarsky’s work at all. However, Daredevil is one of the most consistently well-written comic characters of all time. It’s not like they’re lacking places to draw inspiration from.

Do you think Zdarsky’s Daredevil run could influence the recently announced Daredevil: Born Again? Could Devil’s Reign be in the cards sooner than later? Let us know on social media! For my buddy Drew’s take on why Daredevil: Born Again is 18 episodes, take a look at his article or you can find out more about Chip Zdarsky’s Devil’s Reign run and more Daredevil comics runs via Vin’s handy guide linked below! 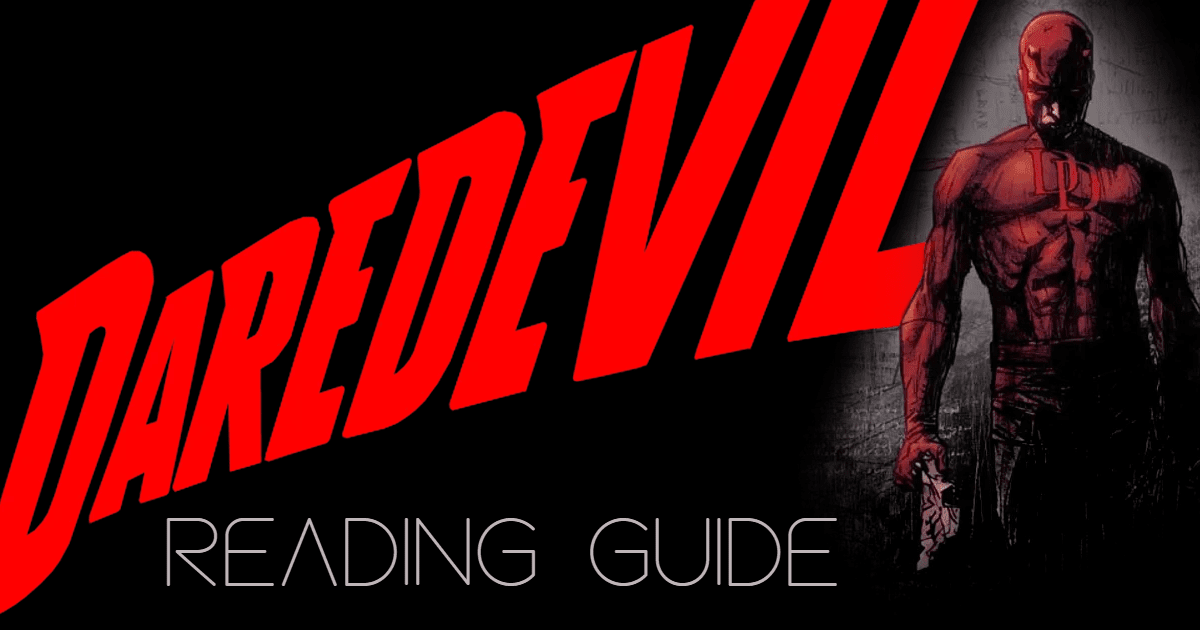