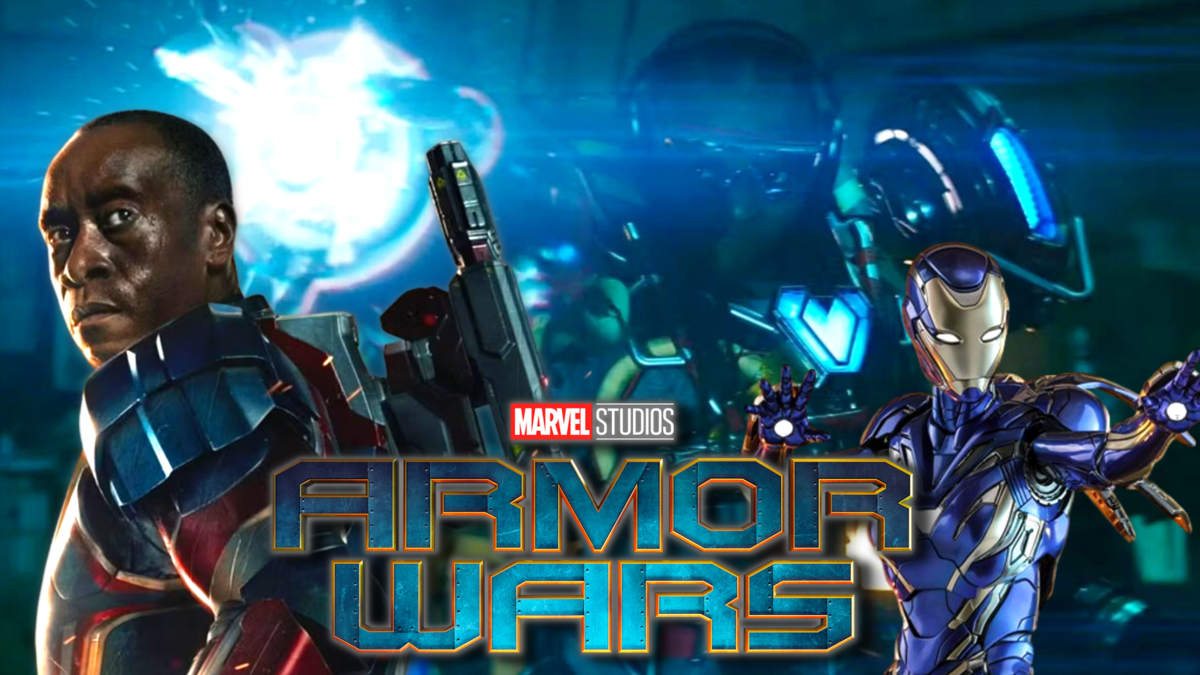 It’s finally happening: Marvel Studios is taking a Disney+ original series and turning it into a movie! Armor Wars is doing a reverse Hawkeye, going from a six-episode “special event” series to a theatrical film. Given Marvel’s intricately planned phases and several upcoming films already fighting for release dates, this is a major switch-up no one saw coming. Remember when it seemed Armor Wars was straight-up canceled after July’s San Diego Comic-Con panel? Well, Kevin Feige certainly showed us!

A lot of fans have found Marvel’s six-episode Disney+ series to be lacking. They simultaneously drag and feel rushed and messy at certain points. Some of them seem better suited for film, particularly Hawkeye (originally intended to be a feature film) or simply longer series, which we’re luckily getting with Daredevil: Born Again.

And thanks to the new Special Presentation format, I also think it would be interesting for Marvel Studios to make more budget-friendly MCU films specifically for Disney+. That’s a route Armor Wars could have taken, but I’m thrilled to see it become a major theatrical feature in The Multiverse Saga.

Marvel Studios seems to like trilogies. Every Infinity Saga film apart from The Incredible Hulk has gotten a sequel and most of Marvel’s mini-franchises have become trilogies. The Iron Man, Captain America, and Thor trilogies were completed within The Infinity Saga itself. In contrast, the Guardians of the Galaxy, Ant-Man, and Spider-Man trilogies continued over in The Multiverse Saga. However, Phase 4 has a few more stand-alone entries like Black Widow, Eternals, and Shang-Chi.

So far, only a Shang-Chi sequel is confirmed and I believe Thunderbolts is a de-facto Black Widow 2 (especially if it’s the Marvel Studios film Scarlett Johansson is producing). But there’s no word on Eternals 2 or Doctor Strange 3, which would round out another Phase Three trilogy.

It’s not like trilogies are a necessity, and we know Marvel has plenty of upcoming films to worry about already. But when Marvel takes a franchise like Deadpool from another universe and completes a trilogy they didn’t start, it does make you wonder if they want every franchise to receive multiple sequels.

After all, Marvel could have rebooted Deadpool or rebranded his third live-action film, similar to Daredevil: Born Again’s subtitle addition. However, they’re referring to the movie as Deadpool 3 and the film’s logo features the number itself, which makes it clear that it is indeed a proper trilogy-capper.

I don’t expect Eternals or Black Widow to receive full-fledged trilogies, but rather related MCU films that fit into their corner of the universe. I do expect complete trilogies for Doctor Strange, Black Panther, and Shang-Chi, though. But now we arrive at my big question: what about the MCU’s tetralogies?

You’ve got to be pretty special to break out of the MCU’s trilogy pattern. Our first tetralogy was the Avengers franchise, which makes perfect sense. However, don’t forget that Infinity War and Endgame were initially announced as a Part 1 and Part 2 pairing. So while a fourth Avengers film was always planned, it wasn’t necessarily meant to be a full-on tetralogy.

Marvel Studios seems to be pretty comfortable breaking these arbitrary barriers, though. They surprised us with the announcement of a fourth Thor movie in 2019, something I personally hadn’t expected – at least not before a fourth Iron Man or Captain America movie.

That fourth Captain America film was confirmed in April 2021 and officially announced in July 2022, with Anthony Mackie taking on the mantle. And that brings us to Armor Wars. With a fourth Avengers, Thor, and Captain America movie, Iron Man was now the odd one out from Phase 1 (sorry, The Incredible Hulk – we’ll get back to you soon).

But with this Armor Wars announcement, everything changes. Now, every Phase 1 trilogy has effectively become a tetralogy – because I believe Armor Wars acts as the Iron Man 4 we’ve been talking about for almost a decade.

Robert Downey Jr.’s Iron Man was the most popular character in the MCU for The Infinity Saga’s 11-year run. Everyone wondered about a possible fourth film for the character, but his storyline ultimately continued through Captain America and Spider-Man films in between Avengers appearances.

Now, I don’t expect Tony Stark to return for Armor Wars – he could, but that’s not what the film should focus on at all. While I believe Armor Wars is essentially a fourth Iron Man movie, it’s still Don Cheadle’s film, and Rhodey definitely deserves his time in the spotlight.

Our two existing solo tetralogies work pretty differently. Chris Hemsworth’s Thor was the main star of all four of his films, while Chris Evans is nowhere to be seen as the Captain America franchise picks a new lead for its fourth adventure. However, consistent supporting characters are present in both. Thor’s characters from The Dark World and Ragnarok pop up in Love and Thunder.

While only Thunderbolt Ross is confirmed for New World Order, I think more supporting characters from the Captain America franchise are definitely coming. Even if they’re only cameos, it would be very strange to not see Sharon Carter and Bucky Barnes return after the events of The Falcon and the Winter Soldier.

I expect Armor Wars to take the Captain America: New World Order track. Tony Stark could easily pop up as an AI as he did in the comics, but I think it’s too soon for Robert Downey Jr. to return to the MCU and he doesn’t need to, quite frankly. Tony’s legacy will ripple out over Armor Wars the same way Steve’s legacy impacted The Falcon and the Winter Soldier and, presumably, New World Order.

These characters can have a presence without actually appearing and distracting from our new leads. I think this balance was achieved with Tony’s shadow in Spider-Man: Far From Home, and Armor Wars can respect his legacy in the same manner.

Rhodey seems to be working in a governmental capacity in Secret Invasion – maybe as the Vice President of the United States, a position the Avengers: Endgame writers almost put him in, as reported by Comicbook. This would put him in a very difficult position as a public figure and (presumably active) superhero, particularly when the main conflict of the film begins.

We know the movie will revolve around Tony’s technology falling into the wrong hands, and I, for one, believe Emily VanCamp’s Sharon Carter could be partially responsible for this. We saw Carter promising to sell government tech and weaponry to an unknown buyer in The Falcon and the Winter Soldier. The U.S. government could have easily possessed some of Stark’s Iron Man tech after the destruction of the Avengers Compound in Endgame as they have access to it through the Department of Damage Control.

Certain authority figures like Thunderbolt Ross would love to have that tech under lock and key, although Ross may no longer be the Secretary of State post-Blip. And if Sharon Carter steals it out from under him and sells it to someone like Justin Hammer, all hell could break loose.

Rhodey would have to deal with government conspiracies and confront the debate of power in the hands of private citizens once again. These themes would carry on from Iron Man 2 and Captain America: Civil War, setting the stage for a major personal conflict for Rhodey. After all, he’s the only Avenger who’s truly tied to a system beyond the team itself. Sam Wilson was in the Air Force, but he’s not entrenched in the bureaucracy of power like Rhodey.

Rhodes could definitely do with some backup, though. That could take the form of Riri Williams (Dominique Thorne), a genius inventor we’ll meet in Black Panther: Wakanda Forever. Riri could be drawn into the conflict due to her own tech being as powerful as Tony’s. Rhodey isn’t a scientist. He could use some help from someone who knows how to manipulate and build Iron Man suits.

Happy Hogan is another supporting character who would be a natural fit here, returning to advise Rhodey and offer moral support. He also still has some legal trouble from Spider-Man: No Way Home which may play into this film.

Armor Wars could also be the perfect place to reintroduce Harley Keener (if Marvel is so inclined). Harley was a wonderful addition in Iron Man 3 and he did attend Stark’s funeral in Endgame. I think it would be awesome to bring together these young inventors that Tony inspired, whether they’re fighting alongside Rhodey or simply offering on-the-ground tech support.

And lastly, Pepper Potts (Gwyneth Paltrow) needs to pop in for at least a courtroom cameo. How can you have a debate about Stark technology without the opinion of Stark Industries’ CEO? I would love to see Pepper suit up as Rescue once more, but Gwyneth Paltrow doesn’t seem interested in anything more than a cameo right now. To be fair, Pepper does have a child to raise, and with Morgan’s father already dead, Pepper may not want to put herself in harm’s way. Pepper and Morgan should definitely pop up here, though – no matter how limited their roles are.

The future of Armor Wars

Armor Wars finishes off a tetralogy for each Phase 1 mini-franchise apart from The Incredible Hulk. However, a World War Hulk film has been rumored for a little while now, so maybe every Phase 1 movie will get a trilogy eventually! But I honestly expect second trilogies for both Thor and Captain America, and I have ever since the fourth Thor film was announced in 2019. I don’t think these franchises will remain as tetralogies.

Thor 5 seems to have been set up in the end-credits scenes of Love and Thunder, with Hercules on his way to kill Thor and Jane arriving in Valhalla. Before the movie was released, I expected two possible routes for a second Thor trilogy. Chris Hemsworth could continue playing the role if he wanted to, with Jane as his partner and turning the franchise into a hero team like the Ant-Man and the Wasp films. But if Chris Hemsworth wanted to leave the role, Natalie Portman could take over the franchise with a miraculous return as The Mighty Thor and lead for possible fifth and sixth films.

However, after seeing Thor: Love & Thunder, and with her reign as Mighty Thor over as soon as it began, it’s difficult to see Jane Foster becoming the lead – which is a bit disappointing since I think that could have been something special.

That being said, the Thor franchise still seems primed for a second trilogy, and Anthony Mackie certainly deserves his own 10-year run as Captain America. With that in mind, it’s possible that Armor Wars could kick off a second “Iron Man” trilogy. It wouldn’t have the franchise name in the title, but Armor Wars sequels would essentially form a second Iron Man trilogy with new armored heroes at the forefront.

I’m definitely getting ahead of myself here, but we already have the Ironheart Disney+ series diving deeper into Riri Williams after Wakanda Forever. So far, most Disney+ series have led into theatrical films in some way. Ironheart could prepare Riri for a supporting turn in Armor Wars, but it could also lead to her partnering with Rhodey full-time as the faces of this new Iron Man franchise.

What do you think about Armor Wars becoming a theatrical film? Do you think it’s going to cross over with Captain America 4 and Thunderbolts? Sound off in The Cosmic Circus Discord or on social media! 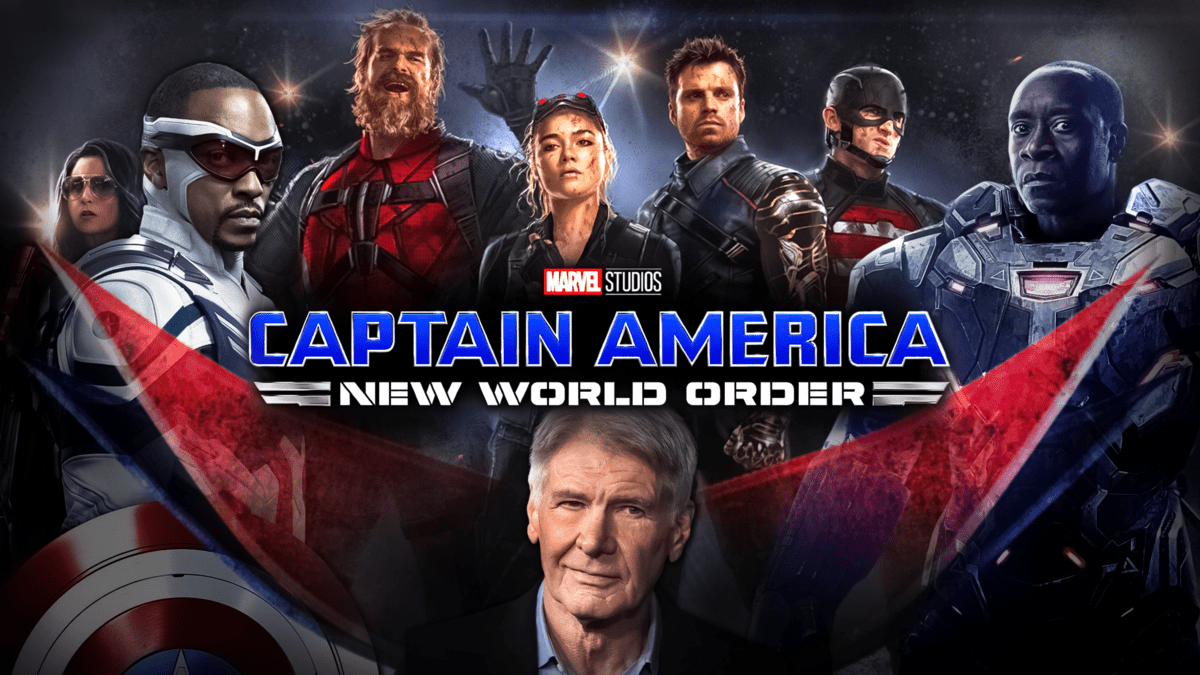