‘Harry Potter’ & Angst – How To Use It Properly 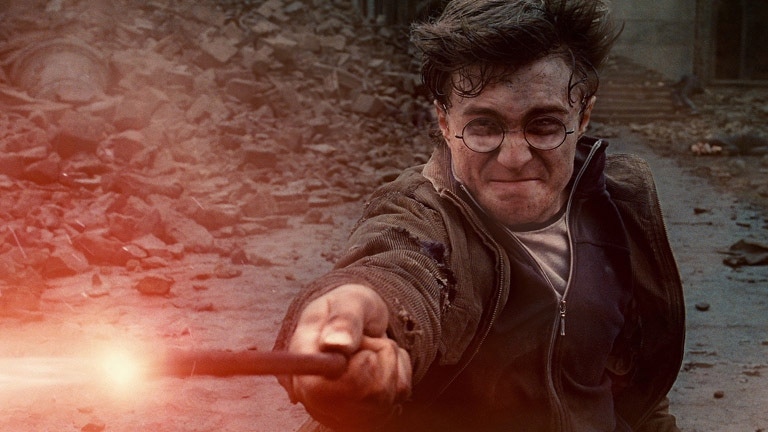 ‘Harry Potter’ & Angst – How To Use It Properly

In June of 1997, when Harry Potter’s first outing was published and the Wizarding World entered our lives, everything was much simpler. I, for one, was much less stressed than I am now (mainly because I wasn’t quite born yet). In the years following, the series bloomed with multiple subsequent books and a hyper-successful movie franchise.

However, sometimes people just don’t know when to give up, and the series has sadly gone on to be nothing but mediocre installments. I think it’s about time we go back and revisit why the Harry Potter films worked so well, and analyze how the Fantastic Beast films have managed to take such a significant misstep.

Why Did The Original Series Work So Well?

While watching the Harry Potter series, you often forget just how quaint and almost adorable the first film is. In the grand scheme of things, it almost comes off as a parody of the idea of a “wizarding world.” The first film was almost something that the rest of the franchise made fun of and laughed at as if to say “yeah we wish that the wizarding world was really that magical and fun.”

Given how quickly and abruptly the tone changes with the second film — where a plot is included that has a racist snake compelling innocent children to murder other children based on their parentage — you might assume that the franchise gives tonal whiplash. However, they never lose the charm of the first film, and that’s all thanks to the characters involved with the story.

By the time the 5th film, Order of the Phoenix, comes around and Voldemort (Ralph Fiennes) has finally returned, the series has made a full sharp turn into darkness. The entire story revolves around Harry (Daniel Radcliffe) being abandoned by his mentor, and then the film caps off with the death of his parental figure. The story is heavy by every standard of the word, but the cast of characters is a beaming light of hope in the dark and grim setting and style.

The film’s opening almost acts as a metaphor for the entire franchise. Having Harry fight off a Dementor, a creature of darkness, by using the spell that brightens his surroundings so much that the darkness has no option to back away from the light. Not to mention it’s also a lovely moment that has Harry saving his cousin, someone who has been nothing but mean to him his entire life.

Harry is a beacon of hope and happiness for everyone around him, and I think no film represents that better than Harry Potter and the Deathly Hallows: Part 2. After an entire film about traveling around, trying to stop Voldemort, Harry finally returns back to the overrun Hogwarts. After revealing his return to the members of Dumbledore’s Army, everyone is visually excited. The room that was once filled with lifeless and hopeless children, is now overflowing with happiness and confidence. So much so, that the following scene has the characters revealing their return to Headmaster Snape (Alan Rickman) and running him out of the building. Leading to them finally recapturing Hogwarts as the safe haven for all good wizards that it was always supposed to be.

Harry Potter returns to Hogwarts, and that directly leads to a high point and creates momentum enough for the people to overturn the war and eventually win. Harry is THE standard for “characters that imbue others with hope and confidence.” His mere existence and presence as the legendary “chosen one” is enough to win the war for the goodness of the entire world.

I know that something like that seems like an obvious choice. Having the main character be the “chosen one” or the person who changes the tide of the story IS an obvious choice. But then why didn’t the Fantastic Beast movies follow suit?

Fantastic Beasts And Its Fantastical Misstep

My history with the Harry Potter franchise is a short one, having only seen the movies all the way through rather recently, but that doesn’t mean the series was anything new to me. As a matter of fact, my aunt is easily the biggest Harry Potter fan I’ve ever seen. There’s even an area in her house that is entirely devoted to Harry Potter, so it’s safe to say that my exposure to the franchise is nothing new. But, being even slightly removed, I had gone until quite recently without having seen the Fantastic Beasts films.

I wish I could’ve gone a little longer without seeing them.

The first film is fine. The idea of a story that delves into the world of the Harry Potter franchise by way of their unique creatures is a fun idea. They also have a nice enough lead character (Eddie Redmayne) who’s kind of enigmatic, but his sidekick is way more likable. But by the end of the film, they’ve abandoned all that. The truth is revealed that we’re actually seeing a story involving Grindlewald (Colin Farrell, Johnny Depp), a character that’s just a thinly veiled metaphor for wizard Nazism. Then they get rid of the fun side character (Dan Fogler) right before the credits roll.

All of the time throughout the first film where I enjoyed seeing the two lead male characters grow together are just forgotten because by the end they’ve completely abandoned it. But they only had to do that because of the unnecessary Grindlewald wizard Nazi-like stuff that I didn’t want anyway. This film fails because it stopped being what it was supposed to be. By the time the credits roll, you’re too busy thinking about the fact that Ezra Miller just blew up in a subway to remember that the original plot of the film was to chase down animals and creatures in early 1900s Wizard NYC. And that version of the movie was way better anyways.

But then you get to the second movie, and it’s a whole new can of worms. They weren’t brave enough to lose the SEO and recognizability of “Fantastic Beasts” so every once in a while they have to go on a side quest to hunt for animals, but by and large, this film is more about its subtitle than otherwise. We spend most of the runtime following an embarrassing excuse for a narrative as we weave in and out of convoluted soap-opera-esque plot points, eventually climaxing with the reveal that Credence (Miller) was actually Dumbledore’s (Jude Law) brother, who was kidnapped and baby swapped with Zoe Kravitz family, whose original baby then died in the crash of the ship they were on (which might have been the Titanic).

And that sentence kind of sums up my issues with the Fantastic Beasts films. They aren’t fun. In the same way that Harry was a beacon of hope for the characters in the story, the characters in that story were a beacon of light for the audience. The characters we were rooting for were never bogged down by the drab reality of the world they lived in, but they always triumphed and did so with a smile and hug.

But the characters of the Fantastic Beasts films never act as a beacon of light. Instead, they seem like a magnet for the darkness, always just accidentally stumbling into the bad story and at times absurdly dark narrative. They just act as receptacles for the bad story to hit the screen, as if the screenwriter or director couldn’t think of anything else better to do with them.

How To Fix The Fantastic Beast Films

If for some god-forsaken reason I was given a say on the future of the Fantastic Beasts film series, I’d say stop making them. But, if for some reason they persisted in making these boring and low contrast films, I would tell them to simplify. Pick a lane — you either get to make the movie about the Wizard’s getting involved in a war, or you get to make a movie with Newt going around and visiting fun countries and places finding their respective unique creatures with a gang of bright and lively characters that add depth to the world. But you don’t get to have both AND make a good movie. They’ve made that evidently clear.

Their lack of clarity on how this franchise needs to go is what has led to this crossroads. When you create a franchise with one singular purpose and then abandon that purpose before the end of the first movie, you end up with a confused crowd that will eventually just get displeased and gives up. I want nothing more than to visit the Wizarding World in new installments where I can be confident that I’ll have a good time, but at this point, that’s not likely.

It’s not because Mads Mikkelsen replaced Depp, or because of any behind-the-scenes drama — it’s just because the movies aren’t good. And for some reason, people forgot about what makes the Harry Potter films work in the first place. I hope I did a good job reminding you.