Yesterday it was reported that Guardians of the Galaxy Vol. 3 had wrapped filming, confirmed by James Gunn himself over on Twitter. With the film moving into post-production, with maybe the exception of some reshoots, it seemed unlikely that we would get any more pictures or leaks from the film.

However new photos from the set were just released and it is our biggest clue about an important place from the comics that the Guardians may be traveling to! If you want to go in blind to Guardians of the Galaxy Vol. 3 don’t read any further! Those still with us, let’s dive into the photos and see what it means for the future of the MCU!

New Evidence from Guardians of the Galaxy Vol. 3 Set

Earlier today Atlanta Filming posted on Instagram two different sets of photos. The first is a collection of shots of different humanoid animals dressed in outfits ripped straight from the eighties.

While the images of these interesting and weird-looking creatures alone don’t give a lot of information about the plot or settings of Guardians Vol. 3, they do help to back up the next piece of information that Atlanta Filming shared.

The second post shows a photo of the side of a brown and cream-colored car. The car is emblazoned with an alien language. That should be familiar to those who are following The Cosmic Circus, because earlier this week, Vin wrote an exclusive with set images and discussed this same alien language as seen in this photo.

Vin, along with some other Cosmic Circus writers, already did great detective work to translate some of the characters to English. Using the amazing groundwork that they laid, we were able to decipher the message on the side of the car in the image above and uncover two more letters to this alien language, ‘C’ and ‘P’. 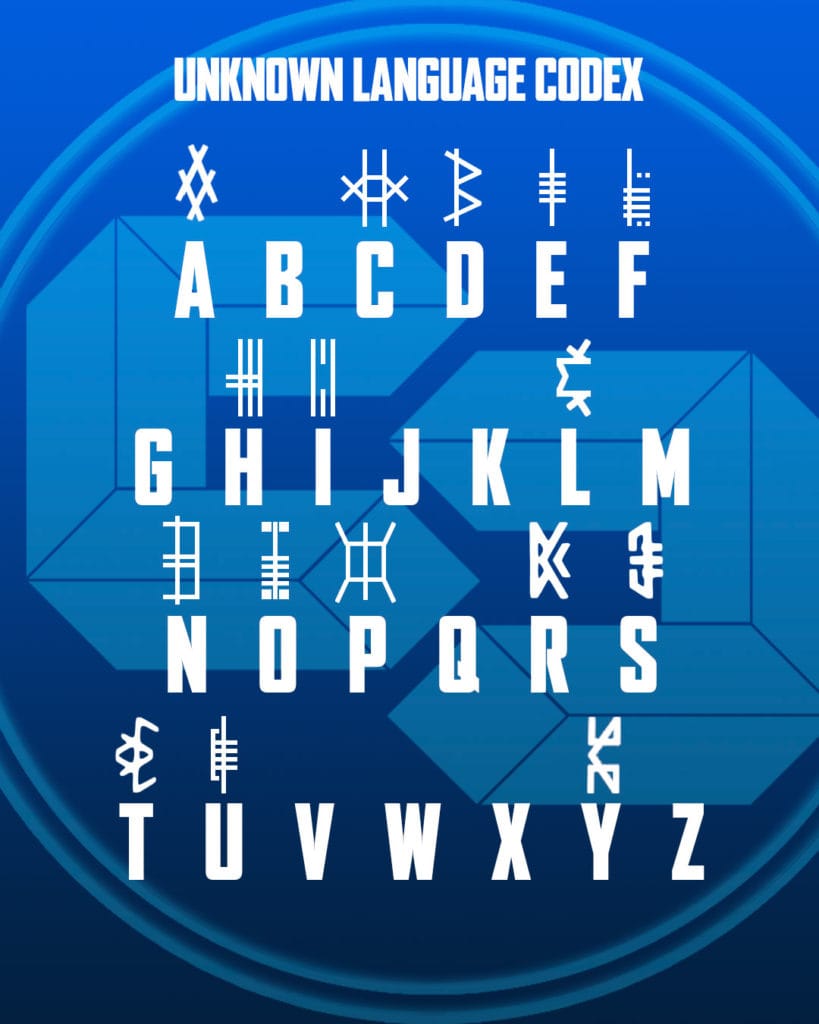 Starting with the front of the car, the word says “Police”, which makes sense. Between the color, shape, and emblem on the side, the vehicle looks like a police car. However, the most exciting piece of the puzzle here is the two words that are on both sides of the emblem on that car door.

Hold onto your butts y’all, because this is the first confirmation of where this car and the Guardians are in Vol. 3. Using the characters we already know, we can confirm that the first word is “Counter” and the second word is “Earth”. Yes, it does seem that the MCU is headed to Counter-Earth in the next installment of the Guardians franchise.

Putting Some Pieces Together from Guardians of the Galaxy Vol. 3

This confirmation of Counter-Earth may not come as a complete shock. Earlier this week not only did we get those exclusive shots from the Guardians set, but one seemed to confirm that the High Evolutionary was indeed appearing in the film, and strongly supported that he would be played by Chuckwudi Iwuji. This was reported on by EIC Lizzie Hill back in January.

Along with the photos of the crazy-looking animal humans, all these pieces of information confirm even more that HE is coming along with the planet he created. In the comics, the High Evolutionary created an original Counter-Earth with no superhumans, in hopes of having a pure Earth. This Counter-Earth was eventually destroyed by Thanos, with a different Counter-Earth created further along Marvel’s timeline.

On this new Counter-Earth, the planet filled with New Men, an artificial race of Humanoid Animals created by the High Evolutionary. These creatures have minds and consciousness on par with humans, achieved through mutagenic alternations.

That certainly sounds similar to everything we’re seeing in the photos. Atlanta Filming captures quite a few pictures of New Men living their daily lives on what we now know is Counter-Earth. Now that we have finally seen the Counter-Earth symbols confirming the planet as a location, it seems impossible that we won’t be seeing the High Evolutionary in this film.

How the Guardians end up on Counter-Earth or what they are doing there still remains to be seen. However, with Rocket Racoon (voice by Bradley Cooper) being a creation of the High Evolutionary in the comics, it seems that it is all connected.

But what do you think? Are you excited to see Counter-Earth and the High Evolutionary in the next Guardians of the Galaxy film? Let us know over on Twitter!

Guardians of the Galaxy Vol. 3 is expected to release in theaters on May 5, 2023.