Game Review: 20 years of ‘Harry Potter And The Chamber Of Secrets’ 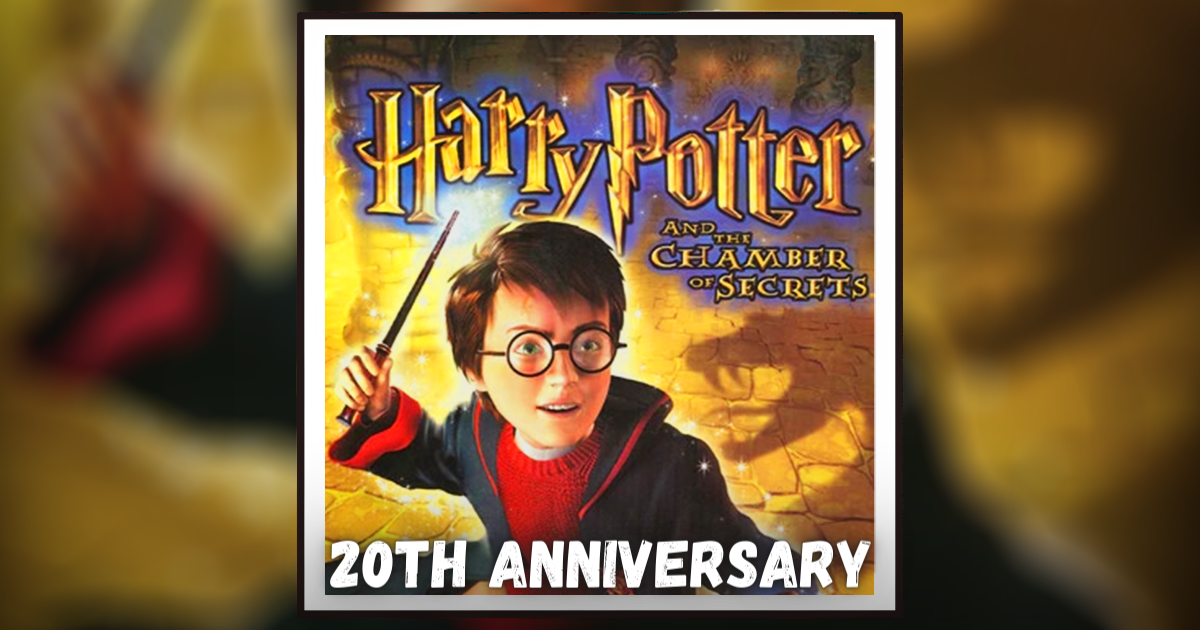 Game Review: 20 years of ‘Harry Potter And The Chamber Of Secrets’

Harry Potter and the Chamber of Secrets is a video game that is rather nostalgic for me and other gamers around the world, with some still playing it even now, 20 years later. How does the video game Harry Potter and the Chamber of Secrets, one of the biggest games from my childhood, hold up today? For this “retro review,” I’m using the PC version of the game, however, there are other versions, such as the PS2, GameCube, and GameBoy Advance.

Like its predecessor, Harry Potter and the Chamber of Secrets doesn’t explore the full story from either of the books or movies, but rather a diluted version of it. Some scenes are shortened or completely changed just to keep players engaged in the game without driving them to boredom. The whole game takes about 4-5 hours of play to complete. Compared to some recent games, that may not be a long time, but for a game that came out 20 years ago, it’s really adequate.

Our journey begins when Harry escapes from the Dursleys and goes to the Weasleys to spend the last days of his vacation in peace. After exploring Diagon Alley, he and Ron find out that the Hogwarts Express had left the station without them, which is quite amusing considering they spent less than 15 minutes in the bookstore.

The first real glimpse of gameplay begins when we reach Hogwarts and crash into Whomping Willow. We have to rescue Ron and safely return to the Hogwarts grounds. The next day we have our first lessons in Defense Against the Dark Arts with Gilderoy Lockhart, where we learn the Rictusempra spell.

After that, we learn to fly on a broomstick, the Skurge spell, how to brew Wiggenweld Potion, and learn Diffindo and Spongify spells. These things are very useful during the game, and since they’re mandatory, you have no choice whether or not to participate in these parts of the game.

Throughout the game, players can go to the Forbidden Forest, where they’ll fight Aragog. There’s also a quest to find all the ingredients of the Polyjuice Potion to turn into Goyle and get to the Slytherin common room and so much more. In the end, you’ll have to fight Basilisk in the Chamber of Secrets, but this final boss is easier than you think. Just power up Sword of Gryffindor, shoot at it, avoid its poison and that’s it, you have completed the game.

In between the main missions of Harry Potter and the Chamber of Secrets, you can visit the Dueling Club, which is a great place to easily get more Bertie Bott’s Every Flavour Beans. You can also replay more missions to get all the wizard cards to unlock a secret room, and of course, play Quidditch throughout the season.

Casting spells is an important part of any game set in the world of Harry Potter, no matter if it’s a console, PC, or mobile game. Casting spells in both Philosopher’s/Sorcerers Stone and Chamber of Secrets was very similar, except that in the first game you couldn’t move while casting a spell.

In the main storyline, we can use seven spells, while during our stay at the Dueling Club we have only three at our disposal. Some of them could easily have been upgraded or replaced with others, but I’m glad that the game developers gave the spells a sustainable life.

If you played the first game, you know that learning spells were a hassle because you had to draw the perfect spell symbol to pass the challenge. In this one, all you had to do was press the arrows on the keyboard in the right order.

Hogwarts Castle and the world outside of it

One of the most important things to explore when playing Harry Potter games is the open world most of the games offer players. Unfortunately, in the first game, as Goblet of Fire and both Deathly Hallows, this wasn’t possible, with a more structured game style. That being said, in the other games in the franchise, the world was larger and there was more of Hogwarts that is explorable.

From the point of view of 2002, Hogwarts’ is a huge castle with a lot of secrets for players to discover. We can explore the dungeons, the Gryffindor common room, and four floors, including the hospital wing. Each of these locations contains collectibles such as Chocolate Frog Wizard Cards, Beans,  and ingredients for potions, along with other secrets for players to discover. This allows for some exciting and unique gameplay throughout Chamber of Secrets.

The Hogwarts Grounds in the video game are something really different compared to other open-world games. The world isn’t incredibly big, but it isn’t super small either. We can easily visit Hagrid’s hut, Professor Sprout’s greenhouse, and even several secret places in between.

The music brings the game to life

The world of Harry Potter and the Chamber of Secrets wouldn’t be the same without the wonderful soundtrack created by Jeremy Soule. His Harry Potter soundtracks are the best in the franchise and probably some of the best game soundtracks ever.

When you go to the dungeons, you can listen to spooky music designed to give you chills, while exploring the Hogwarts Grounds you can hear joyful and inspiring music. Also, when you open the game menu to check your card collection, you can hear a very ambient and catchy theme.

Without the music, this game wouldn’t be the same, and the experience could be worse after so many years. But even after 20 years, this soundtrack’s still one of the best you can listen to, its catchy, inspiring, and unique themes surely will make you listen to it over and over again.

20 years of Harry Potter and the Chamber of Secrets

20 years is a long time and during that time many games become forgotten and truly unplayable. The situation is different when it comes to Harry Potter and the Chamber of Secrets. This game’s a masterpiece of its time and has become a recognizable classic that will stand the test of time past 20 years. I’ve loved this game all my life and probably always will.

I often think about this game and want to play it again. While it can usually take some time to work through it, Harry Potter and the Chamber of Secrets is definitely worth the time. It may be considered an old game that isn’t as good as we once thought, or it may just be covered by nostalgia, but for me, it’s simply one of my favorite games that I will play over and over again.

Have you ever played the Harry Potter and the Chamber of Secrets game on PC? What are your memories of it? Let us know on our Twitter and social media. And if you haven’t already, check out my article on what we can expect from Hogwarts Legacy.