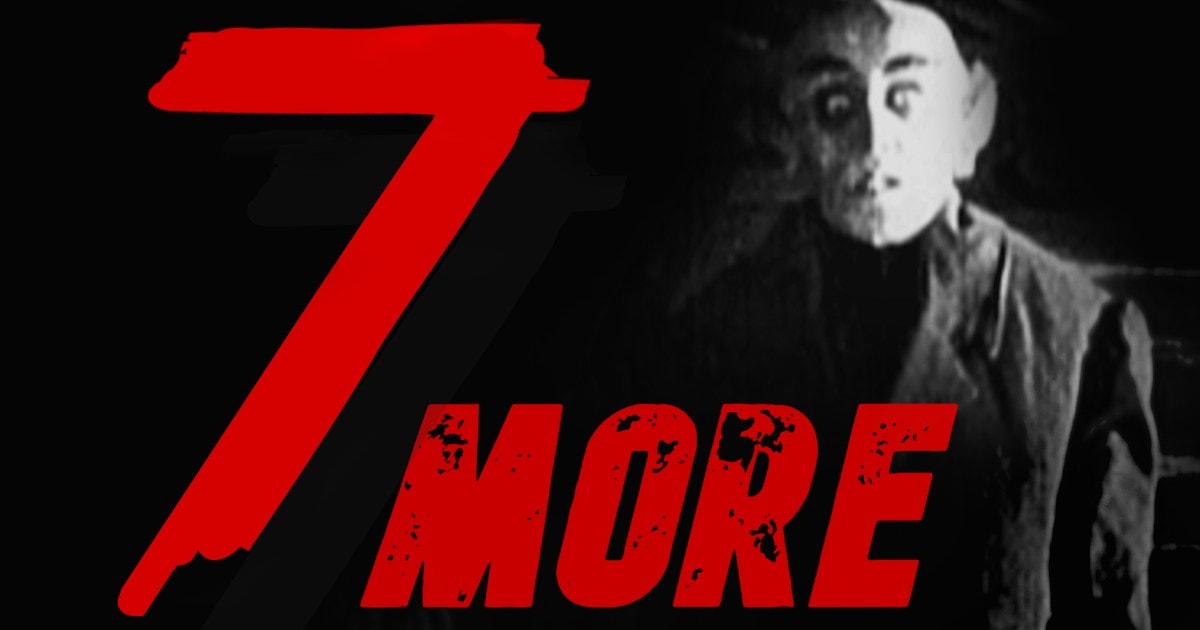 The Renfield film starring Dracula’s eponymous servant was conceived by Robert Kirkman (The Walking Dead, Invincible) with Dexter Fletcher (Rocketman) to direct, from a script by Ryan Ridley (Rick & Morty). Kirkman’s pitch was described as “a comedic, lighthearted approach” satirizing Renfield’s toxic codependency with Dracula, inspired by What We Do in the Shadows.

After sitting idle for almost a year and a half, the project quickly picked up steam this spring when Chris McKay (The Lego Batman Movie, The Tomorrow War) took over as director and producer. Keeping Ridley’s script and Kirkman as producer, the movie was also confirmed to be set in the modern-day with a focus on action/comedy rather than horror. McKay then wasted no time in casting his lead, announcing Nicholas Holt (X-Men: Days of Future Past) as the title character just a few months ago.

Update November 30, 2021: Nicolas Cage was cast as Dracula, setting the tone for McKay’s fun, wacky dark comedy take on the material. In their exclusive, THR also added that Renfield will be an “adventure” film as well.

Update December 31, 2021: Speaking to Variety, Cage explained that his interpretation of Dracula would “pop in a unique way” from previous incarnations, and that he was focusing carefully on developing Dracula’s movement and voice. In particular, Cage cited inspiration from the contorted actor movements in James Wan’s Malignant and Hideo Nakata’s Ringu. Cage also iterated again that the film was aiming for theperfect balance of comedy and horror, looking to American Werewolf in London as an example of the horror-comedy tone they’re hoping to achieve.

The film based on an original story outline from The Walking Dead and Invincible’s Robert Kirkman centers on Renfield (Hoult), who has grown sick and tired of his centuries as Dracula’s (Cage) lackey. The henchman finds a new lease on life life and maybe even redemption when he falls for feisty, perennially angry traffic cop Rebecca Quincy (Awkwafina).

Filming began at the end of January 2022 in New Orleans, Louisiana. Based on the colors of on-set costumes and make-up, there is speculation that some footage may have been shot in black and white.

Update April 14, 2022: Universal Pictures confirmed that production has wrapped, exactly one year before the film’s release. 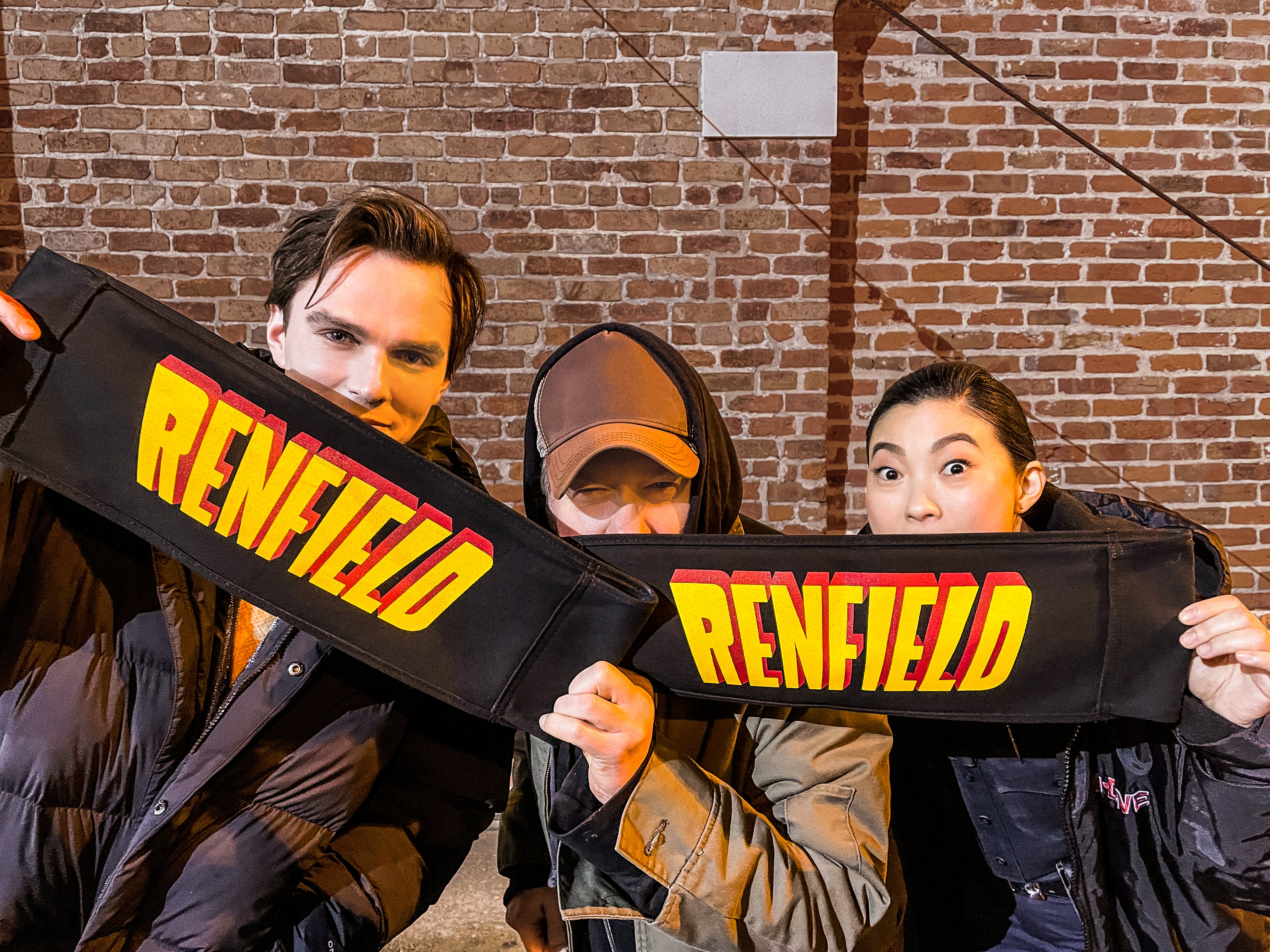 Two-time Oscar winner Mahershala Ali (Moonlight) was announced as our new Blade in July 2019 with no other details given. Fans waited with bated breath until the project finally started accelerating over the past year, with writer Stacy Osei-Kuffour hired in February and director Bassam Tariq hired this summer.

We still know almost nothing about the film itself, but it is rumored to feature the daughter of Blade (a character created by comics writer Tim Seeley, but never actually introduced in the comics). Of course, Blade himself is a half-vampire (a “dhampir”) and was brought to global recognition by the classic 90s movies starring Wesley Snipes as the vampire slayer. Osei-Kuffour is known for her mix of drama and comedy, having received great acclaim for her scripts on HBO’s Watchmen and Hulu’s Pen15. Tariq began his career as a documentary filmmaker and just made his feature debut with Mogul Mowgli, a well-received atmospheric drama with elements of horror.

Update January 7, 2022: Production notes indicate that filming is expected to last from August to December 2022. Casting calls for various characters have appeared online potentially teasing a team of vampire hunters, though nothing has been officially confirmed just yet.

Update February 22, 2022: Aaron Pierre was cast in a mystery role and after a sudden epiphany I wrote up some crazy theories on who he could be playing.

Update June 23, 2022: Milan Ray was cast in a third mystery role, which I speculated about here.

Update September 27, 2022: Just weeks before filming was set to begin, Bassam Tariq left the project and Beau DeMayo was announced as a new writer.

Update October 11, 2022: Production was put on hold due to the search for a new director and the release date was delayed to September 6, 2024.

Subspecies was a schlocky horror franchise in the 90s from writer/director Ted Nicolaou, consisting of four Subspecies films and a Vampire Journals spin-off, all with notable stop-motion special effects. Just before COVID, the same production company had announced that they would be resurrecting the franchise for a fifth Subspecies film entitled Subspecies V: Blood Rise. Star Anders Hove is returning as Radu Vladislas the vampire, along with his human love Michelle played by Denice Duff. Filming is expected to occur in spring 2022, likely in anticipation of a 2023 release date.

Blood Rise is expected to be a prequel to the series, following Radu 500 years in the past. Raised as a noble warrior for the Church, he is unaware of his heritage as the child of vampires and demons. Eventually, his destiny would be altered forever when he is ordered to slay a vampire king who happens to be his father.

Good, Bad & Undead was announced in May 2020 with Max Barbakow (Palm Springs) directing, Mark Swift and Damian Shannon (Friday the 13th, Freddy vs. Jason) writing, and Peter Dinklage and Jason Momoa (Game of Thrones) starring. Billed as an action-adventure film, Dinklage is Van Helsing and Momoa is a pacifist vampire. Forming a strange alliance, the duo travels from town to town scamming locals with a fake performance where Van Helsing pretends to defeat Momoa’s vampire for money. The plot engine starts when bounty hunters start coming for Momoa’s vampire character, filling the script with “monsters and magic”. The inspiration for the story is Midnight Run set in the world of Bram Stoker’s Dracula.

After struggling to launch a Lost Boys TV remake for five years, Warner Bros. has finally switched gears to bring Lost Boys to the big screen again. Noah Jupe (A Quiet Place, No Sudden Move) and Jaeden Martell (It, Knives Out) were cast as leads for the remake in September, with Randy McKinnon (Static Shock) writing a script for Jonathan Entwistle (End of the F***ing World, I Am Not Okay With This) to direct.

The original 1987 Lost Boys film was a horror-comedy with a killer soundtrack. The story involved a California biker gang of vampires who butted heads with two brothers who simply loved comic books. Entwistle’s new film is believed to take place in the modern-day, but no other changes have been confirmed yet. To get up to speed before this releases, you should revisit the original film, and take a peek at Entwistle’s dark comedies!

In the wake of 2020’s The Invisible Man, Universal Pictures and Blumhouse Productions greenlit a new Dracula project from director Karyn Kusama (Jennifer’s Body), to be written by her frequent collaborators Matt Manfredi and Phil Hay. THR reported that the new Dracula would be set in the modern-day, while Kusama emphasized that it would also remain faithful to the original novel, including Stoker’s style of telling the story from multiple points of view and a less “romantic” version of Dracula.

Kusama has a strong resume for this, including horror entries Jennifer’s Body, The Invitation, and HBO’s The Outsider.  Writing for Film School Rejects, Mary Beth McAndrews did an intriguing analysis of Kusama’s career, concluding that Kusama’s Dracula could be a “gory, sexy, dread-filled film” that could pose a female-driven counterargument to the male-dominated Dracula interpretations of the past. In particular, McAndrews noted that Kusama has an opportunity to address the complex sexual gender dynamics of Dracula from a strong female perspective. With Jennifer’s Body, McAndrews argued that Kusama was revolutionarily exploring the sexuality of teenage girls through Megan Fox as a “blood-sucking succubus” (essentially a vampire) who only seeks out the boys who have objectified her. McAndrews also points out the slow-burn paranoia of The Invitation, a horror movie where the audience is lured in by charismatic-yet-murderous leads. Synthesizing these elements together, I think Kusama’s film could be an incredible vision of Dracula for the 21st century.

Update: On April 18, 2022, the project was finally given the title Mina Harker, with Emmy winner Jasmine Cephas Jones in the titular role. Deadline reported that filming had been set to begin in mid-May 2022 with an updated synopsis:

The movie [is] to be set in contemporary Los Angeles, centering on protagonist Mina Harker, who plays opposite Dracula in the movie, with the classic Bram Stoker protagonist going by the name of Vladimir in the film.

Except, in the same article, they also announced that Miramax had just cancelled the project due to creative differences. This was a very tragic loss for the vampire fandom.

The next day, Hay elaborated on the story slightly on Twitter, describing the film as “a faithful adaptation of DRACULA , seen through Mina’s eyes, set in contemporary Hollywood and a real horror movie.”

Horror fans around the world continue to be distraught that this film has yet to be made.

Monster Mash is an upcoming musical film from music video director Matt Stawski written by Black List standout Will Widger from an original story by Stawski. Naturally, the film will likely be built around the iconic song by Bobby “Boris” Pickett, which describes a musical jam session starring vampires, ghouls, zombies, Wolfman, Dracula, the son of Dracula, and Igor the lab assistant. We haven’t had any news since the announcement, but let’s hope it’s a graveyard smash!

And that’s it for part two! Of course, I’m hyped for Blade, but I think Good, Bad & Undead, Monster Mash, and Kusama’s Dracula might be a lot of fun too. What stood out to you this time? @ me on Twitter (@vinwriteswords) to tell me which ones are on your radar!