For the first time in over two years, Free Comic Book Day has happened in comic book stores around the world. After several delays due to the COVID-19 pandemic and a replacement “Free Comic Book Summer” involving a slower rollout of 2020’s announced titles last year, FCBD was set for August 14, 2021, in hopes the pandemic would have died down by this point. While it has actually started to ramp up again in a lot of places, the event still moved forward with about 50 titles for comic readers to choose from.

I noticed that both DC and Marvel took a bit of a backseat compared to other years I’ve attended the event. DC had four offerings – two aimed at kids and two at adults – while Marvel only had a Spider-Man/Venom comic and an Avengers/Hulk one. I liked that there were more comics from other publishers to give people a wider idea of what’s out there and that the comics world is more than just the “Big Two”, but the Marvel comics, in particular, were disappointing considering the point of FCBD is to get more people into comics, as neither seemed particularly easy to understand for newbies. 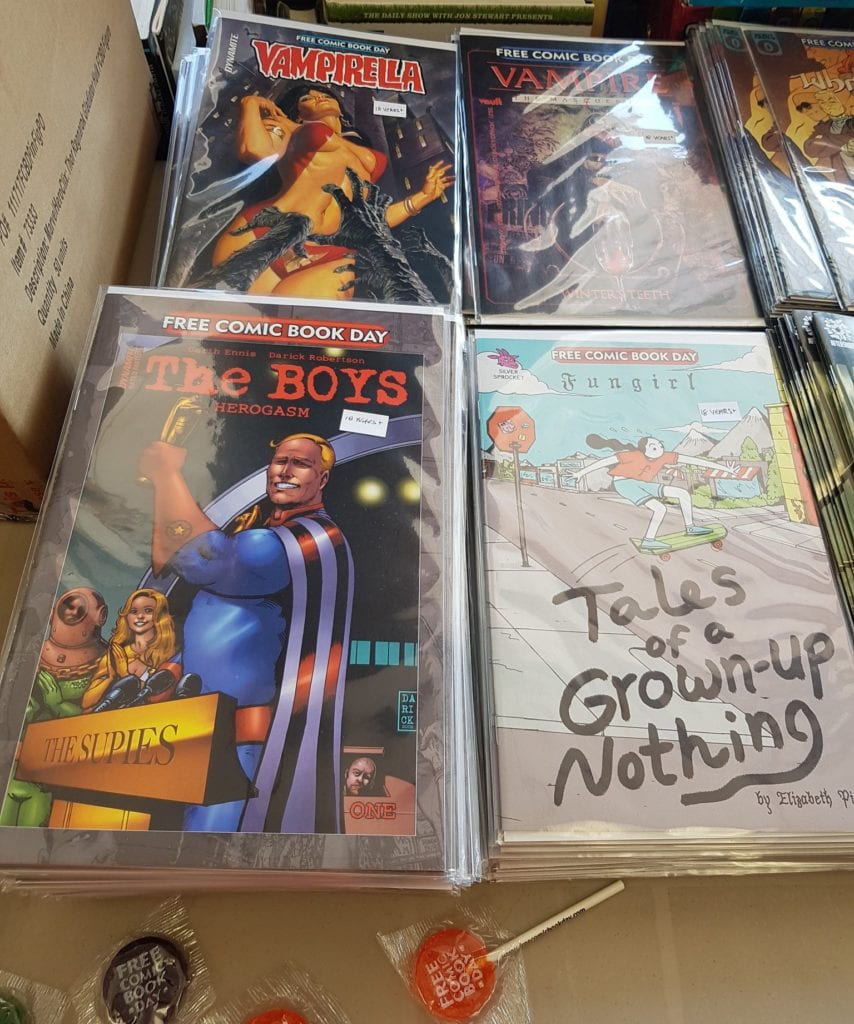 Really, the purpose of Free Comic Book Day offerings are to entice people to buy the full version of whatever story is being promoted (usually two per FCBD publication) but it’s still interesting to see what’s coming down the pipeline and which characters and stories companies choose to promote. For example, one of the “adult” DC titles was Suicide Squad: King Shark. Obviously, this was meant to tie in with The Suicide Squad movie’s release, but it also indicates that the expectation was for King Shark to be the breakout character of the movie (and while I’ve seen lots of love for him, I’ve come across more people waiting for Ratcatcher 2 to get her own comic series).

Outside of the Big Two, I picked up a Sonic The Hedgehog comic as well as an Archie one. Both were overall more newbie-friendly (which is typical for Archie’s regular comics). They featured at least one independent story that began and ended in the free comic book and connected to the brand’s wider world, which ended as “to be continued” in other comics but were also fairly easy for newcomers to follow. I suspect this to be the same for a lot of the indie comics as well as those geared toward a younger crowd. 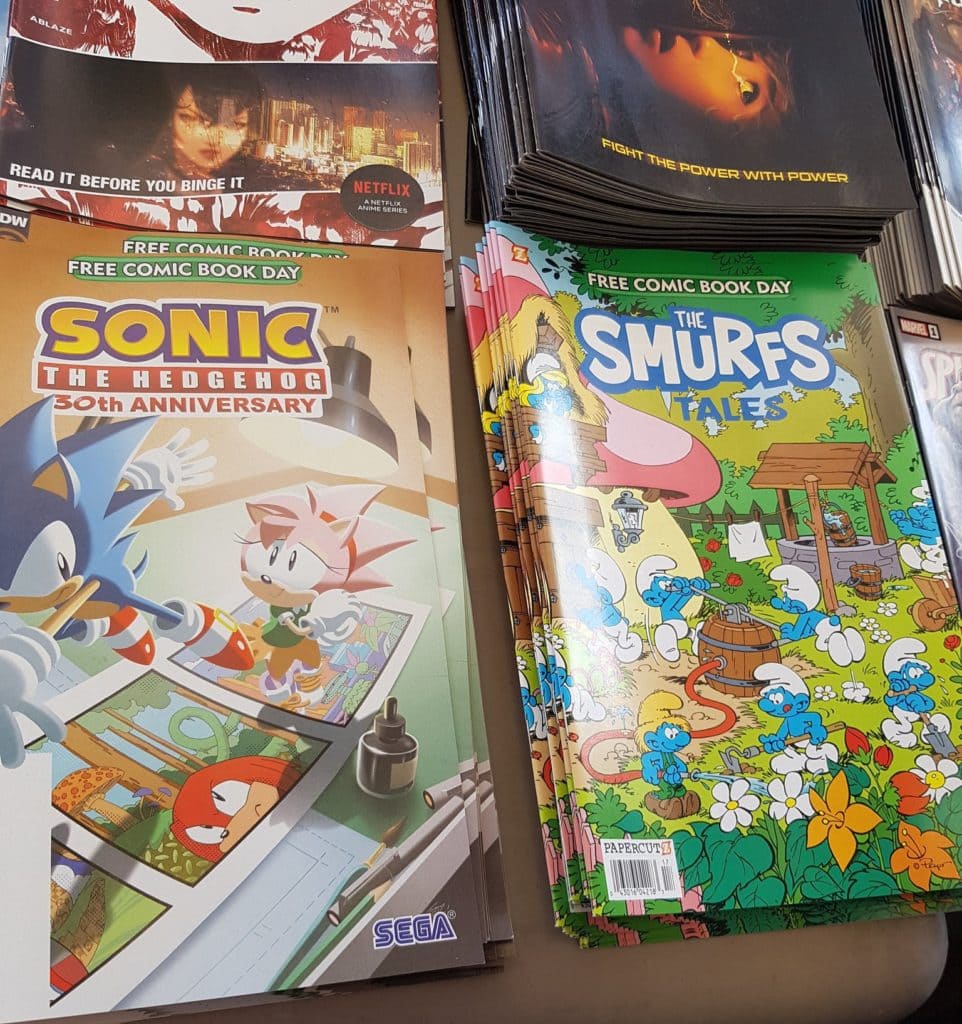 The tendency of the Big Two – Marvel in particular – to drop readers in with little context can be frustrating and is part of why I often gravitate toward stories outside of it. I was glad to see a wide variety of offerings on this Free Comic Book Day. Hopefully, this will allow people to see that the medium goes far beyond big-name superheroes and covers all different genres and levels of commitment.

If you do head to pick some free comics up, please remember the unofficial FCBD rule of purchasing something from any store you get your freebies from to support a local business and the comic industry! I finally found a copy of Ghost World at the store I went to, so I picked up that on Saturday in addition to my free comics!