HBO’s upcoming House of the Dragon, a prequel to their highly successful Game of Thrones series, is based upon George R.R. Martin’s Fire and Blood, itself a prequel to his Song of Ice and Fire books. In anticipation of the series, it seemed fun to go ahead and read the source material but it turned out to be a very boring read. There is a potentially wonderful, exciting, suspenseful story hidden deep within the 711 pages of Blood and Fire, but it gets lost under the suffocating weight of unnecessary filler around it.

[Warning: Spoilers from George R.R. Martin’s Fire and Blood are below!]

Blood and Fire is billed as history

Right from the beginning, the narrator tells us, readers, that the book is a history of how Westeros became a united country under the rule of the Targaryen line and readers would do well to believe him. The book never takes on a character narrator, only a dry, omniscient narrator. The story lays out how Aegon and his sisters conquered and united Westeros, and how future generations nearly tore it apart fighting for the infamous iron throne.  But it does all this without any personal thoughts or motives from the characters, just basic reports of their actions.

It reminded me very much of a history book from school: very dry and impersonal. Most of the narrative was devoted to the big picture view. Long lists of lords and knights, where they were from, and how many and what type of troops they brought with them dominated the pages. Battles that must have been both devastating and thrilling came across as a boring attendance roll of before and after troop counts.

Even the dragons, the big draw of the story, were reduced to impractical vehicles. The most said about the dragons was “the king flew here, then here, then here, then here.” They were mentioned in the battles occasionally, but far less than one would assume and again, in very dry terms that were along the lines of “dragon rained down fire and the ranks broke,” end of story.

Even though the dragons are a huge part of why the Targaryen are considered worthy of ruling Westeros they don’t actually feature very much in the book. Eggs are placed in the cradles of newborn Targaryens but thanks to a high mortality rate among royals, very few of these ever figure into later events. And apparently, dragons grow slowly so even the ones that hatch and are raised by their riders rarely get ridden.

Mostly the same few older dragons are reused as their riders die and they are claimed by younger family members. But again, they are mainly used to get from point A to point B quickly. They are occasionally used in battle and even rarer, they fight each other. But these battles should have been thrilling and they came across as clinical and boring, like all the other battles, the life was sucked right out of them by their presentation.

Fire and Blood includes a lot of death. Lords, knights, kings, princes, peasants, soldiers, everyone is dying constantly. This means that jobs are being filled constantly, making for more long boring lists of people’s names and where they came from. What makes it worse is that Martin brings the medieval European practice of name recycling to Westeros so instead of having a lot of distinct names to remember, you have a whole bunch of the same few names over and over to keep straight. At one point there were multiple Aegons in the same generation! Not to mention the older and younger generations. I understand it’s an old practice but Westeros is an imaginary place, leave it behind and let people have different names so readers can keep track of who’s who.

Making things even more confusing was the Targaryen’s practice of incestuous marriages. So now every generation had the same few names, and they were all being married to each other, so trying to remember if this Aegon and Rhaenys were being spoken of or the last generation’s was confusing. It got worse when the family began to fight amongst themselves over succession. There were people with the same name trying to kill each other and it became difficult to follow. All I’m saying is tradition is nice but it wouldn’t have hurt Martin to invest in a baby name book.

The narrative style was a bad choice

Part of the reason history in Fire and Blood is so boring is the detached narrative style. No one character is focused on and more specifically, no character’s inner thoughts and feelings are revealed. The result is a narrative with no investment. I just didn’t really care that much about what happened to any of the Targaryens. It didn’t matter to me who sat on the Iron Throne because I hadn’t connected with any of them.

Martin refers to the writings as a history over and over again throughout Fire and Blood and from that point of view, I suppose it achieved its goal. The history of Westeros and the Targaryen line is conveyed but I’m a grown woman, and I really don’t want to read a history textbook of an imaginary kingdom in my spare time. I want people I can connect to and care about. It’s sad because just enough came through for me to appreciate that in a different style it would have been a thrilling, heart-pounding tale but instead I was just bored.

Just wait for House of Dragon on HBO

So this is only the second time in my 38 years of reading thousands of books that I have said this but, just wait for the show. The one thing that screen adaptations always do is strip away details from the books they are based on. This is why I typically am disappointed in them, the details are what make books far superior to screens, usually. However, when a book is bloated with unnecessary details or presented in a boring format, you can bet the screen will remedy that. Video is all about excitement and movement, it will burn away everything bogging down the story until that beautiful kernel of a fantastic tale buried inside Fire and Blood is revealed and shared.

Fire and Blood by George R.R. Martin is available at Barnes & Noble, BAM!, and other booksellers. [As affiliates of B&N and BAM! we may receive a commission from purchases made via these links]

Fire & Blood: 300 Years Before A Game of Thrones By George R. R. Martin

Have you read Fire and Blood? What did you think of the novel? Let us know in the comments or over on Twitter! And if you haven’t already, check out my latest comic review on Neil Gaiman’s The Sandman, an excellent series that has now been adapted by Netflix! 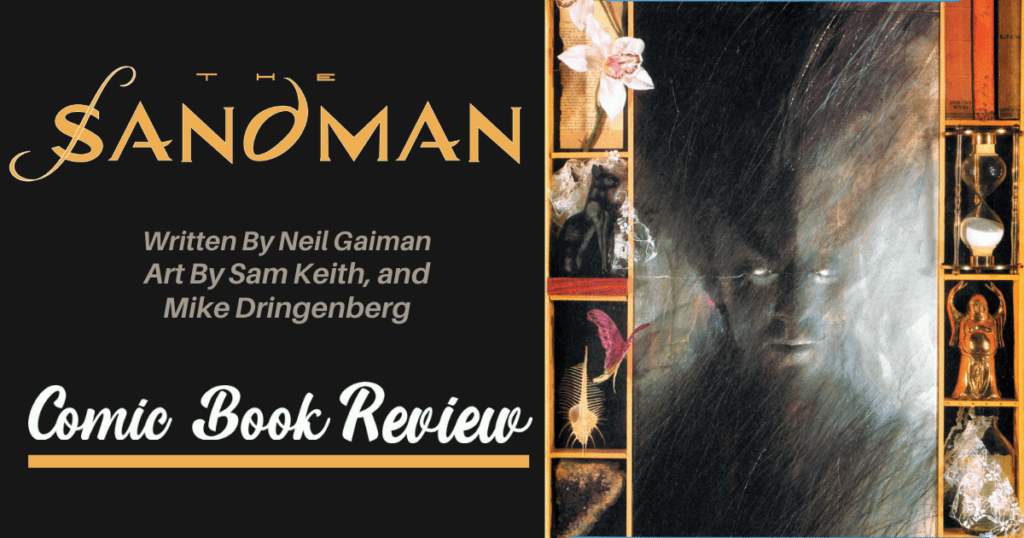