Filming Update: ‘Guardians of the Galaxy: Vol. 3’ Spotted Having a “Hot Christmas” 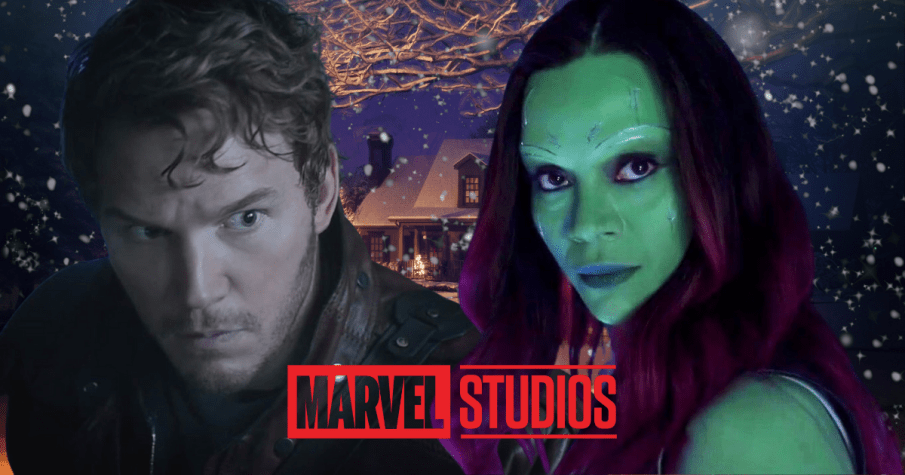 Filming Update: ‘Guardians of the Galaxy: Vol. 3’ Spotted Having a “Hot Christmas”

According to a report in the Marietta Daily Journal, Guardians of the Galaxy: Volume 3 was filming something Christmas-themed on Wednesday of this week. The festive filming lasted all day – from early morning until late at night and had plenty of drama.

A neighborhood cul-de-sac and part of the historic Atlanta Country Club entrance were done up in Christmas decorations and seasonal lights as part of the shooting. According to Atlanta Filming, the filming at the property involved night shots where a police car was destroyed.

Oh… the weather outside is frightful and this location is delightful. So if you want to watch Marvel destroy a police car over the next day and a night go here. No Suncreen needed for a night shoot. https://t.co/uhBlBpD8Ww

From the report in the Marietta Daily Journal,  it sounds like filming took place in the Country Club property itself. A location look book put out by the Georgia Film Office showcases many of the neighborhood’s stately properties.

The film’s working title is “Hot Christmas,” so the idea of filming Christmassy scenes is not totally wild. Although it is confusing with an actual holiday special for the Guardians being filmed under the working title “Pop-Tart” at the same time.

In any case, Guardians of the Galaxy Vol. 3 has been filming since November of 2021. Permits filed with the City of Atlanta describe the overall film as: “The next installment in a Marvel Studios film franchise about a group of superheroes doing Superhero things.”

On St. Patrick’s Day, Vol. 3 filmed an exciting scene at the Believe Music Hall. A filming permit described the scene – “Two of our hero characters enter a gay bar and talk to the locals, trying to get information from the crowd.”

We’ve also gotten hints of the potential story from cast pictures on Instagram. Karen Gillan, who plays Nebula, recently posted a story where her character looked a bit battered.

New cast choices also give clues to the story. In October of 2021, the Cosmic Circus reported that Will Poulter was reportedly joining the GoTG Vol. 3 and cast as Adam Warlock. Later, reports surfaced indicating Chukwudi Iwuji was joining the movie after working with James Gunn on HBO Max’s Peacemaker. Iwuji is believed to be portraying The High Evolutionary.

If unraveling the secretive filming wasn’t complicated enough, the Guardians of the Galaxy Holiday Special is also filming back to back with the movie. With a working title “Pop-Tart,” it is expected to be released this year, under 40 minutes, and should give us additional insight as we prepare for Vol. 3.

“It’s in-canon, it’s about the Guardians, you’re gonna learn stuff that you need to learn before Volume 3, and it’s great I’m really happy with it.” – James Gunn (via Comicbook.com)

For now, we’ll keep our eyes peeled for nuggets and set photos from upcoming filming. Pictures in the Daily Mail recently gave us our first look at the costumes and makeup of Drax (Dave Bautista) and Mantis (Pom Klementieff). Drax finally has a shirt, and Mantis has a cool bomber jacket with many patches.

There’s more filming in the Atlanta area scheduled through May. We also can confirm through public records that filming will take place in Clayton Country, Georgia, for two weeks in April.

Guardians of the Galaxy Vol. 3 will be released in theaters on May 5, 2023. What do you think about the upcoming Guardians movie and holiday special? Please share your thoughts in the comments or with us on Twitter @MyCosmicCircus.