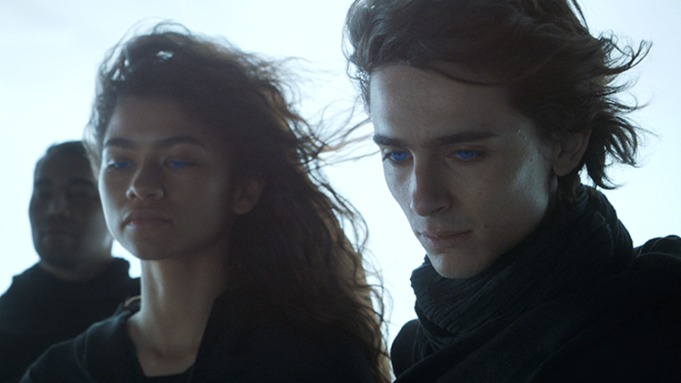 Now that Dune: Part 2 has been officially green-lit and announced, I thought I’d share a bit of my own “fan casting” for the remaining roles expected for the sequel, as well as a few thoughts about future installments for the franchise.

See if you agree, and feel free to reply in the comments or on social media if you have your own ideas.

Possible spoilers below for Dune: Part 1

One character who has cast a heavy shadow over the first film, putting the events into play without ever physically appearing on screen is the Emperor. That should change though, as he has quite the role to play in the conclusion of the book.

Shaddam IV is a paranoid and jealous man, particularly of Duke Leto. Those traits are exactly what drives him to do what he did to try to destroy House Atreides. I think it’s more important to find an actor that can portray complex levels of emotion than one who falls in line with the physical descriptions of the book.

I’ve seen the name Brian Cox thrown around, which could definitely be great. I’ve also seen someone mention Shah Rukh Khan. For my pick, however, I’m going with Mark Ruffalo. Mark Ruffalo has quietly delivered some of my favorite performances of recent years, particularly in films like Zodiac and Spotlight. 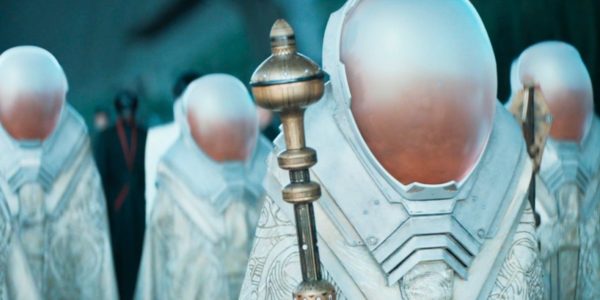 More than anything, I really just want to give him a chance to shine outside of his comfort zone. There’s a little bit of that anger that you get in the MCU and Spotlight, but it’s more about the desperation and fear of House Atreides that leads this character to where he is. And following the rise of Harkonnen, I’d love to see him walk the line between confidence, fear, and realization. It could be something special.

Princess Irulan was only briefly mentioned in the first film but has quite the role in the future of the series. I don’t want to say too much as to spoil her trajectory, so let’s just remain in the lines of “an excellent young actress,” and there are plenty of those working today.

I’ve heard Anya Taylor Joy, Florence Pugh, and Saoirse Ronan named by others, but for the sake of originality, I’ll present some other choices. I’d go with either Kathryn Newton or Elle Fanning for this role. Both have had quite the rise up, and both have very consistently proven themselves to be able to handle big roles. That being said, all of the actresses I’ve mentioned here are incredible, and I’d be happy to have any of them join the cast of the sequel.

This character is extremely young and that’s all I’ll say to avoid probable spoilers for Dune: Part 2 here. Violet McGraw would certainly be one consider, though she might even be too old by the time filming begins. While I’ve loved McGraw’s work in The Haunting of Hill House series and Doctor Sleep, it’s more likely they’ll just go with a talented unknown. Not many below 10-year-old actresses are that well known, after all. But if you have some good suggestions send them my way in the replies.

Feyd is probably the most important addition to the sequel. It’s hinted at in the first film during Jessica and Reverend Mother Mohiam’s conversation that Feyd was initially planned to be the compatible Harkonnen-born partner for the child of Jessica and Leto. But, against the plan of the Bene Gesserit, Jessica gave birth to a boy. So let’s leave it at that: Feyd and Paul should be pretty close in age.

Now, I’m almost certainly putting the cart before the horse, but I think that Barry Keoghan should be Feyd. I got the idea when very soon following the announcement that there will be a Dune: Part 2, Barry Keoghan posted a cryptic tweet that as many picked up seemed to hint toward something going on with the actor and the newly announced Dune sequel. Then there was this tweet back on September 23rd, indicating that Keoghan was most certainly interested in the role.

I’m entirely unsure if Barry Keoghan has any real connection to Dune: Part 2 just yet or this is all just wild fan theory and an actor’s ambitions at this point. Either way, he’s an excellent actor who has the ability to deliver a great performance. I look forward to seeing him in Marvel’s Eternals and DC’s The Batman.

As for the future of the franchise, it seems that Villeneuve already has a plan laid out. He’s talked about wanting to create a trilogy, including the two films covering the original book and a third film covering the sequel, Dune: Messiah. But what beyond that? While Messiah is certainly the end of a lot of things, it’s also the beginning of a lot of things as well.

Right now, I’m just holding out hope that Villeneuve falls in love and finishes off the books that Frank Herbert wrote. Then, in the meantime, HBO Max can adapt the complimentary stories that his son, Brian Herbert, has written more recently. They seem to already be heading that way with Dune: The Sisterhood, so we could definitely be looking at loads of Dune movies and shows in the foreseeable future.

Dune: Part 1 is now available in theaters and on HBO Max.