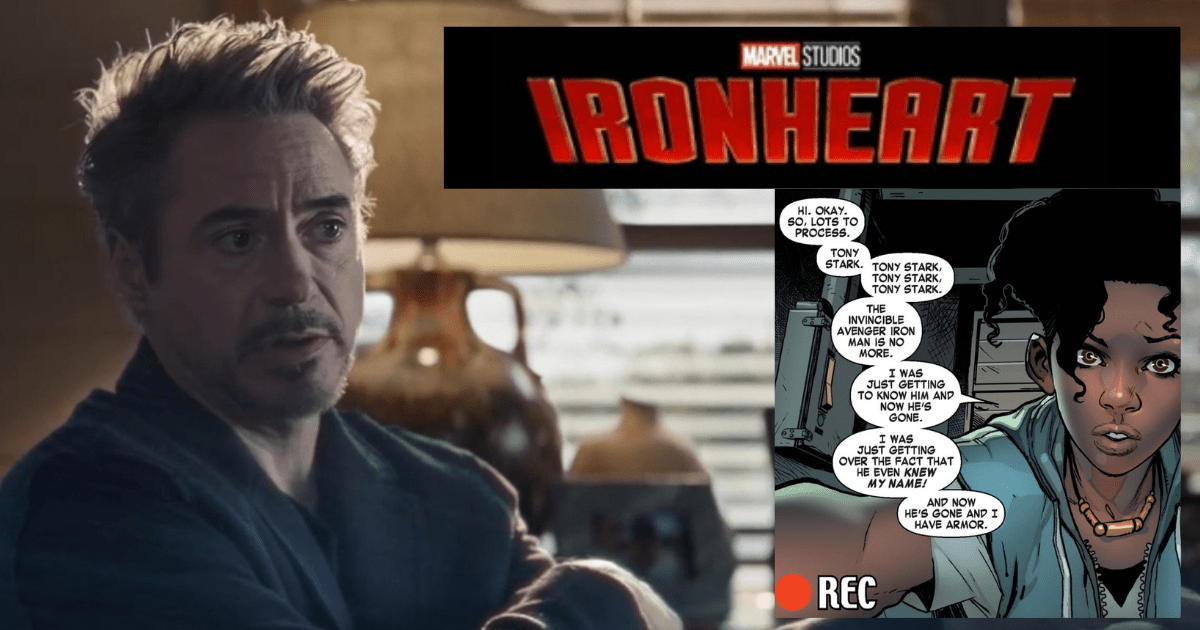 Since the Ironheart series was announced last December, there’s been speculation and debate about whether or not they would or should use Tony Stark in some capacity to mentor or inspire young genius Riri Williams in her Disney+ series. I have a new clue that seems to point to a possible (and probably virtual) return of our fallen hero to do just that. I can now share with you exclusively that the current working title of Ironheart is “Wise Guy.”

We all know who “wise guy” is, in all likelihood, referring to, right? Because I know that Tony Stark, super genius and smart-aleck extraordinaire, is the primary character who comes to my mind, especially in the context of this series. But of course, we lost Tony in Avengers: Endgame in a heroic and immensely sad yet epic fashion as he saved pretty much everyone in the universe from Thanos, as only Tony Stark could. So this would have to be a virtual “Wise Guy” Tony Stark at best.

In Invincible Iron Man (2016) #1, Riri is sent an A.I. of Tony after he is impressed by the M.I.T. student’s first suit. Riri is then assisted by this “essence of Tony”  A.I. that helps her build her second armor and dubs her Ironheart. Given Riri’s superhero moniker, and the history in the comics, it seems very likely Iron Man would have some influence on her story, and this working title “Wise Guy” does indeed make me think he will. But it has yet to be confirmed officially whether or not Robert Downey Jr. will appear or even lend his voice to the series. I also have yet to confirm that with any of my own sources. To be clear, the working title I have here is legit, the rest of this is pure speculation on my part.

Some fans are concerned that Tony’s sacrifice might be undercut by a miraculous return from the dead, however, an A.I. version of Tony would not be that. It also has the potential to show the good that Tony can continue to do, by giving another new young hero a bit of help reaching her full potential, even if he’s doing it from beyond the grave. I even believe we got a sneak peek at Tony’s intentions to do this, in Spider-Man: Far From Home with the gift Tony left Peter – a pair of sunglasses that controlled the augmented reality system E.D.I.T.H. (Even Dead I’m The Hero). Now, that gift didn’t work out so well for Peter, admittedly, but hopefully, Riri would fare far better with her Tony Stark A.I. gift, if my guess is correct.

Another possible “Wise Guy” influence could come from Tony’s BFF, Lieutenant Colonel James Rhodes. Don Cheadle’s Rhodey has certainly proved himself the Sass Machine of the Marvel Cinematic Universe. I will admit that he may be in fact the “wise guy” being referred to in the working title instead. However, Cheadle has his own Marvel series Armor Wars to work on at some point and is a busy actor himself on top of that. This makes me question whether he would really appear in the Ironheart series for more than a cameo or two, if at all, as he did for The Falcon and The Winter Soldier. Still very possible, tho.

Who do you think the “Wise Guy” the Ironheart working title is referring to, is? Let me know in the comments or on Twitter!

Ironheart, starring Dominique Thorne as Riri Williams, is currently expected to start production in April 2022. The date for when it hits Disney+ has not yet been set.

One thought on “Exclusive: Working title for Ironheart revealed. May point to Tony’s return!”