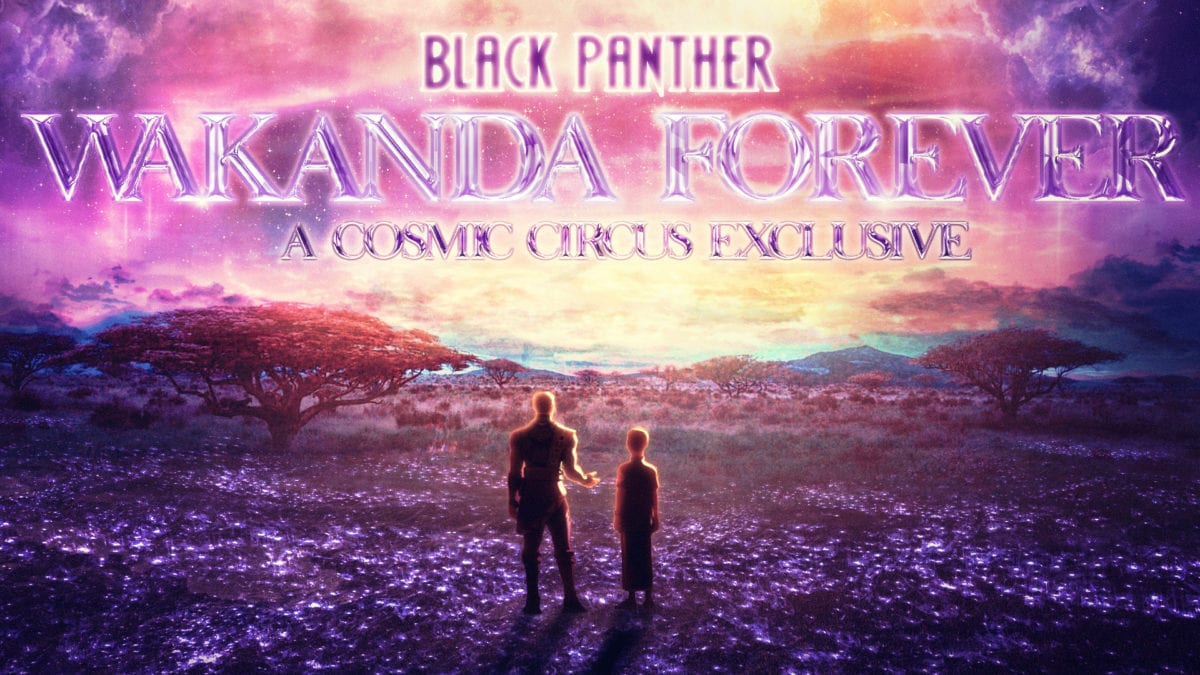 Many Marvel fans have been very concerned about the future of Black Panther after the tragic death of the Marvel franchise’s beloved star Chadwick Boseman. In addition, there have also been a lot of fans concerned that Marvel would never be able to properly honor Boseman’s contribution to the MCU and to the world, myself included. He was a truly special actor and from all indications by those who knew him, a wonderful human being. T’Challa as well, and the way Boseman carried himself in that role, was an amazing character who will be deeply missed going forward.

I believe this exclusive news I am sharing today from my trusted sources shows that there is a plan to honor Boseman and his iconic character’s memory and legacy while continuing to provide the world with more from this culturally important franchise for a very, very, long time. This is why I am sharing this today. Because I think fans need to know now, not later, that there is a clear long-term path forward for Black Panther and a path which I hope most will agree, honors both Boseman and T’Challa.

With that, I am over the moon delighted to share some of the BEST news about a Marvel film that I’ve heard in a long time! My exclusive today is Chadwick Boseman and T’Challa’s legacy will continue in and beyond Black Panther: Wakanda Forever through T’Challa’s son with Nakia! That’s right. They have a child!

Before you get too excited, I will just caution you that I have also learned that we shouldn’t expect T’Challa and Nakia’s young son to take over the mantle of Black Panther just yet in this next film. However, it sounds like the future is very bright with this wonderful addition to the Royal family of Wakanda.

Many of you who have been assuming the obvious that Shuri (Letitia Wright) will don the Black Panther suit in the next film since she does so in the comics are indeed correct. T’Challa and Nakia’s son is still a bit too young for that currently, so we must be patient and Shuri has her own story to tell for now. While I haven’t received word that this son will definitely be a Black Panther eventually or exactly when, if he is, it really seems crystal clear what direction Ryan Coogler and Marvel are headed in with this happy surprise addition.

Given there’s at least one upcoming Disney plus series centered around Wakanda, and the youth of this new character, it also seems likely that a new series may involve him heavily. This would be a perfect place to show this son growing up, fighting the good fight, and earning his place as a future Panther. Perhaps he receives training and guidance from the mighty Okoye in her series? That part is my speculation, but with his age in mind, it also doesn’t seem like a stretch if he were involved with any Young Avengers projects on the horizon.

In the comics, T’Challa and Ororo (Storm) have a son together named Azari. It is unclear at this time if that will be the name given to Nakia and T’Challa’s son, or if he will be called something else. This may very well be an original character with a different name. I’d like to also mention my excitement at realizing that this addition to the MCU also very likely means more from the incredible Lupita Nyong’o as Nakia in the future, as she is his mother, not Ororo.

I don’t currently know the name of the actor playing Nakia and T’Challa’s son. However, due to his young age in this next film, it is likely that he would get aged up and recast at some point as they did with Cassie Lang from the Ant-Man movies. In any case, I believe we can safely assume Marvel casting has and will do their usual superb job finding a talented actor to suit the role.

This news truly made me gasp and cheer and put a HUGE smile on my face, as I hope it does for you. Let’s give this young man all the love and support we can, in honor of Chadwick Boseman, and a big cheer when he is revealed on screen in Black Panther: Wakanda Forever!