EXCLUSIVE: Scene Details from ‘THE FALCON AND THE WINTER SOLDIER’ 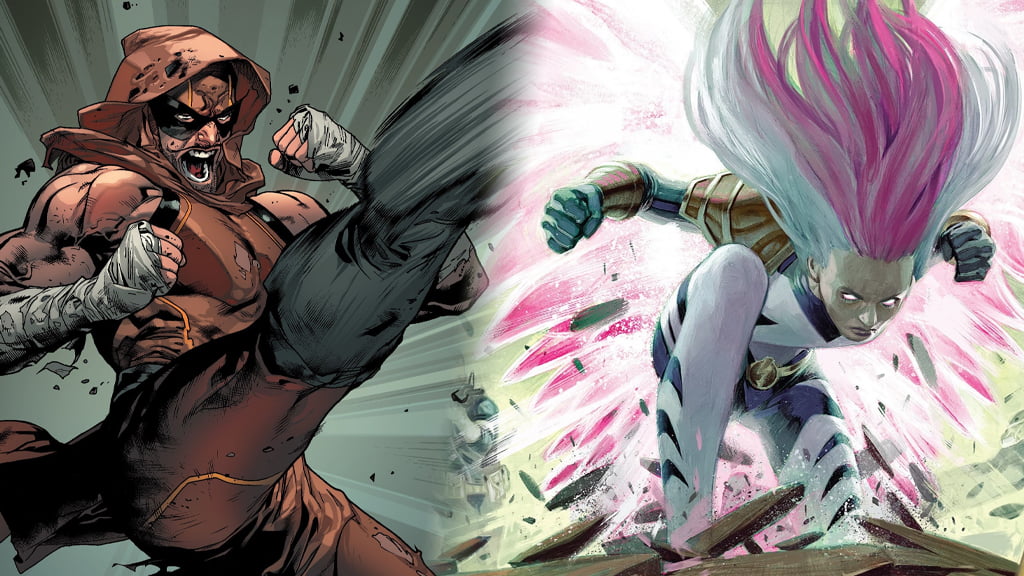 EXCLUSIVE: Scene Details from ‘THE FALCON AND THE WINTER SOLDIER’

Note: This article was originally published at Murphy’s Multiverse on September 16, 2020.

Last week provided exciting images of The Falcon and The Winter Soldier as they resumed filming in Atlanta, and this week it was revealed that Georges St-Pierre will return to the Marvel universe as Batroc the Leaper in the Disney Plus series.

This week we have an exclusive account from Reddit user and Marvel fan SplendaDaddy12 who watched as St-Pierre filmed a scene with Desmond Chiam and Erin Kellyman in an Atlanta Park on Tuesday, September 14, 100% confirming Kellyman’s role in the series.

According to this witness, Georges was filming in a park standing with Desmond by a bench, while Erin sat between them on the back of the bench with her feet on the seat. He could not hear any dialogue but said that Erin’s character used some kind of power, unclear how to impress the two. The power involved extras near them in a field stopping, simultaneously looking at the phones, looking up, and all walking towards them in a group and as if in a trance.

It was unclear how exactly Erin’s character used this power, she didn’t seem to have a phone out in the scene, and a whistle of some kind is what signaled the extras to react this way. It was remarked that Desmond and Georges seemed surprised by this, whereas Erin seemed to play it cool. Georges and Desmond were dressed as they were seen in the pictures posted by Just Jared that day, Erin had on neutral colors, probably similar to how Desmond was dressed.

While we still have not completely confirmed who either Chiam or Kellyman are playing in the series, it is clear they are meant to be up to no good and causing trouble for our heroes Sam Wilson and Bucky Barnes. Interestingly, the mind control aspects of Erin’s character’s “powers”, seem to support the idea that she is in fact playing Melissa Gold, aka Screaming Mimi of the Grapplers, aka Songbird of the Thunderbolts, something Charles Murphy has written about a few times before.

Only time will tell who Erin and Desmond are really playing, and what exactly they’re up to. Have fun debating this new bit of information in the meantime!