Exclusive: Mark Strong has filmed his return to the DCEU as Dr. Sivana, Mr. Mind Also to Return 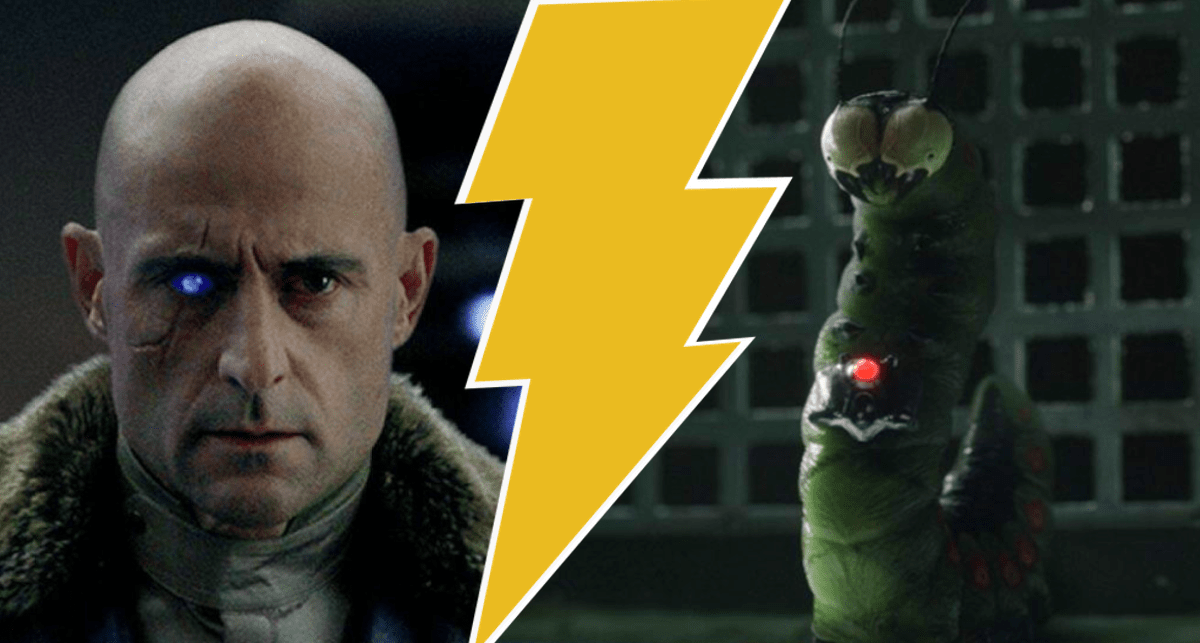 Exclusive: Mark Strong has filmed his return to the DCEU as Dr. Sivana, Mr. Mind Also to Return

2019’s Shazam! met with some mixed reception from DC fans who were used to I’d say darker fare in their DC superhero movies, (tho this girl loved it). One of the darker aspects of an otherwise comparatively light-hearted DC film was the portrayal of the twisted and troubled Dr. Sivana by the very talented Mark Strong.

I have learned late last night from a very trusted source that Strong has filmed a new appearance for the DCEU in the UK, tho the source was uncertain at the time for what film. However, a recently discovered Mandy listing for a voice actor (Anthony Gabriel) for Mr. Mind claiming he is appearing in Shazam! Fury of the Gods makes it a safe bet that both will return for that DCEU film. (*See edit/correction below)

As you may remember, last May, Mr. Strong was quoted as saying he had a conversation with a producer for the Shazam! sequel and was told wasn’t in it. (Den of Geek interview). So, no I’m not saying Strong was lying, but apparently, circumstances have changed since that conversation early last year. And yes, I am confident in the source on that. I will add that this appears to be an end-credit scene from what I have heard.

As for the Mr. Mind news, full disclosure, I learned about the Mandy listing last night when one of our writer’s Anthony Flagg brought it to my attention. I then went about asking around to see if I could confirm that. In the process, I confirmed both this Mr. Mind listing and Dr. Sivana returning in a near-future DCEU project (which is almost certainly Shazam! Fury of the Gods).

Unfortunately for me, as I was about to sit down and write this, John Sabato from Murphy’s Multiverse beat me to the punch on the Mr. Mind Mandy listing, writing it up as a rumor. So good for you John! Just call me “dial-up Lizzie” because apparently, I’m too slow. In my defense, I was tired last night and it was late by the time had gotten it confirmed and an okay to share. Oh well…

It should be noted that Anthony Gabriel listed the Mr. Mind appearance in Shazam! Fury of the Gods as well as an appearance as Brine King Osua in Aquaman The Lost Kingdom both on his Mandy and on his Spotlight accounts.

That’s all I have to share at the moment! Are you looking forward to the return of Mr. Mind and Dr. Sivana? Let us know in the comments or on social media!

Edit/Correction 1/17/22: Shazam! and Shazam! Fury of the Gods David Sandberg (who voiced Mr. Mind in the first film) has come out with a correction on Mr. Gabriel’s Mandy listing (see tweet below) and that he doesn’t voice Mr. Mind (tho he doesn’t exactly deny the character is in it here, either). It is interesting that he says the actor did do something for them in the film, but not voice any character. I’m sure more information will shed some light on all of this at a later date.

In any case, as I mentioned here in my article, my source was not entirely certain which DCEU film a Mr. Mind or Dr. Sivana scene was meant for, I only said that it seems likely to be the Shazam! sequel. We shall find out eventually what’s happening with the supervillain duo, I guess!

There’s been a misunderstanding somewhere. That actor did do something for us on set, that’s true, but he’s not the voice of Mr. Mind or any other character in the film. https://t.co/IjSlhsOKCY