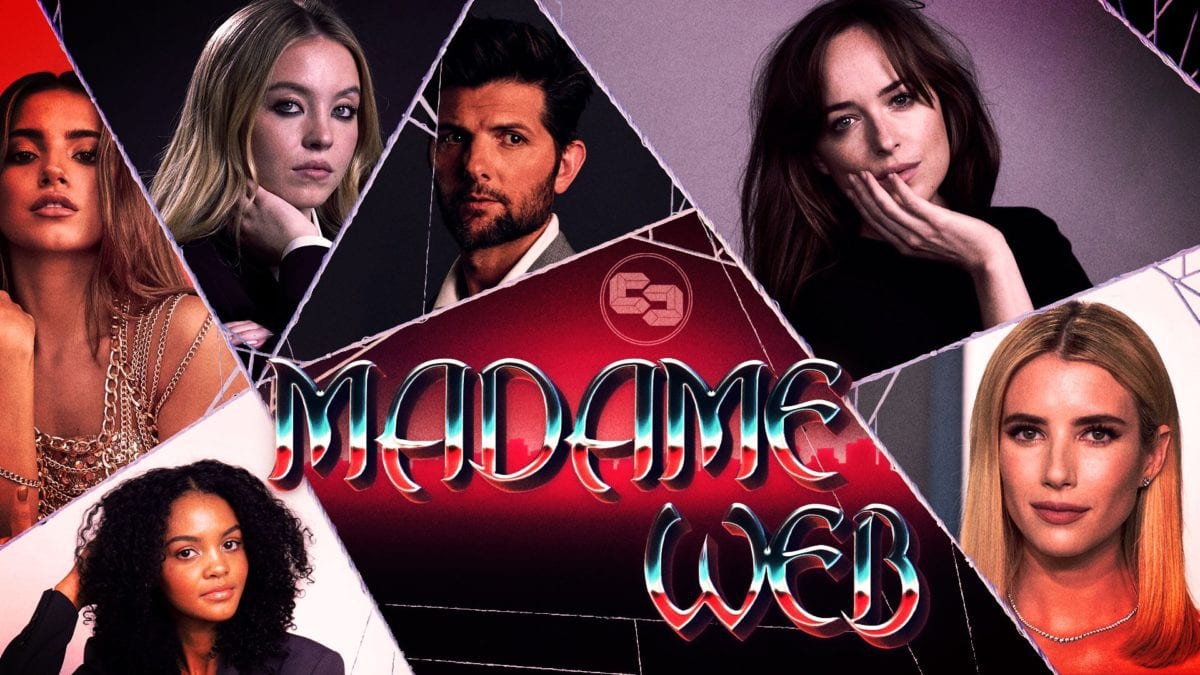 Sony’s Spider-Verse movie Madame Web has been busy filming in and around Boston in recent weeks. Dakota Johnson and Adam Scott have been caught filming by paparazzi and other onlookers, and some intriguing actresses have been added to the cast. The additions of Emma Roberts and Sydney Sweeney especially sparked heavy speculation on who they could be playing in the film along with who other members of the Madame Web cast could be, including the star Dakota Johnson. (She’s playing Madame Web, but which one?)

There have been some correct guesses and some not that I know are floating around the internet. Suffice to say I’ve been able to confirm with my own trusted sources who six people in the cast are playing. This isn’t my guess, this is what I believe to be true.

Before my reveal, a note for full disclosure: MSS Reddit correctly reported via an “unverified source” yesterday about four of these cast-character pairings. I did have this information prior to yesterday but unfortunately had to wait on some things before I could post about it. (if you’re in our Patreon/Discord you probably already figured that out). My confirmation comes from separate sources from these. I am not confirming any other part of their post.

[Although I do expect this cast-character list to be announced or otherwise revealed before the film comes out if you are sensitive about any potential spoilers, you may want to look away.]

Who’s who in Madame Web: 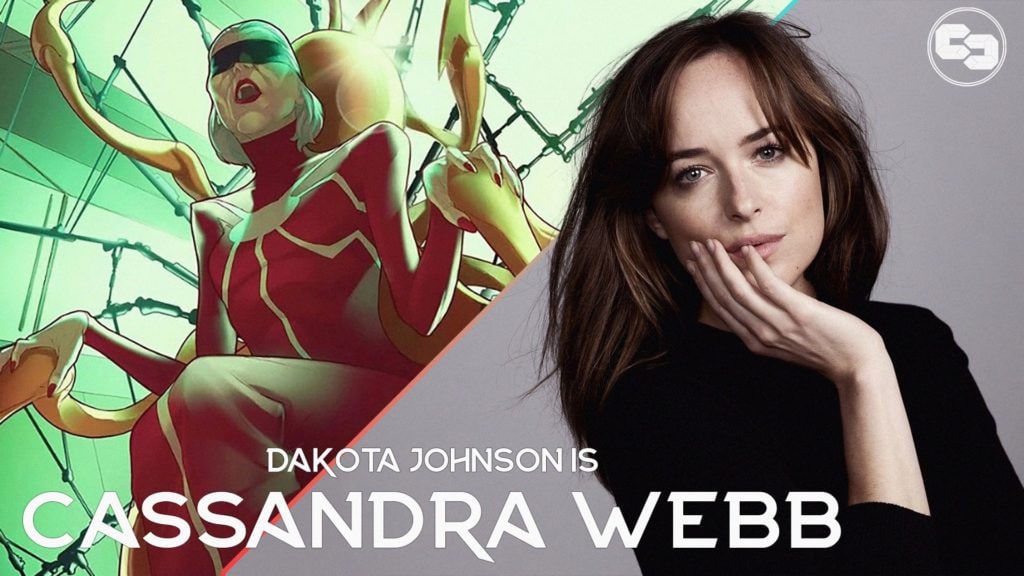 It’s been known that Dakota Johnson is playing Madame Web but it hasn’t been completely clear which Madame Web. Early set photos of Johnson in a red jacket led people to speculate that she must be Julia Carpenter, but it appears she’s only borrowing that look, or perhaps Julia will borrow Cassandra’s look later.

It’s interesting to note, that set images caught Johnson seemingly posing as both a cab driver and a paramedic at different points in the story. And in an exciting scene had her in close contact with the immensely important Spider-Verse character that Adam Scott is playing. 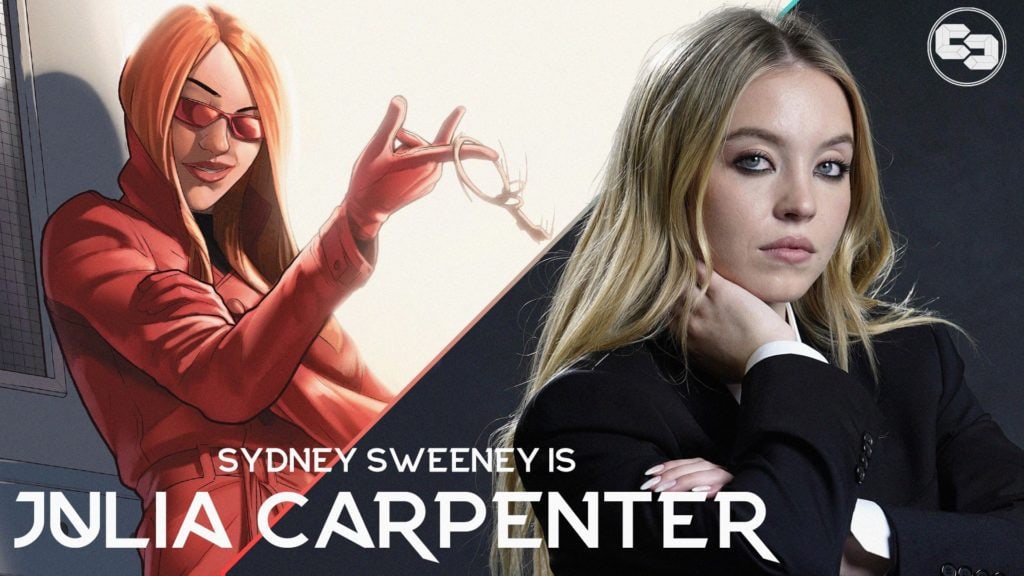 When Sydney Sweeney was announced there were a lot of guesses about who she could be playing and from Black Cat, to Silver Sable, to Spider Gwen to Jessica Drew to… yes, Julia Carpenter. I can confirm that it’s the latter.

I’ll again note what I said above about people thinking Dakota Johnson is Julia, but I trust the information I’ve been given that this role has gone to Sweeney. 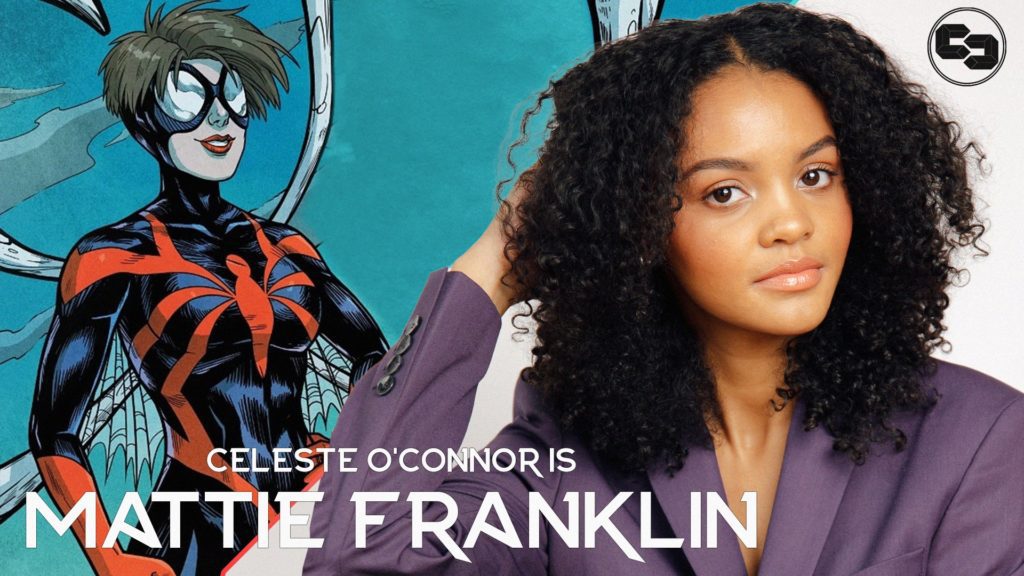 Next, we have Celeste O’Connor who is playing Mattie Franklin. It’s unclear to me what Mike Epps’ role in the film is, but I would not be surprised if he’s playing Mattie’s dad Jerry Franklin. It’s also unclear at this time what hero name some of these characters will go by because at different points Julia Carpenter and Mattie have both gone by Spider-Woman, and Julia has gone by both Madame Web and Spiderwoman. 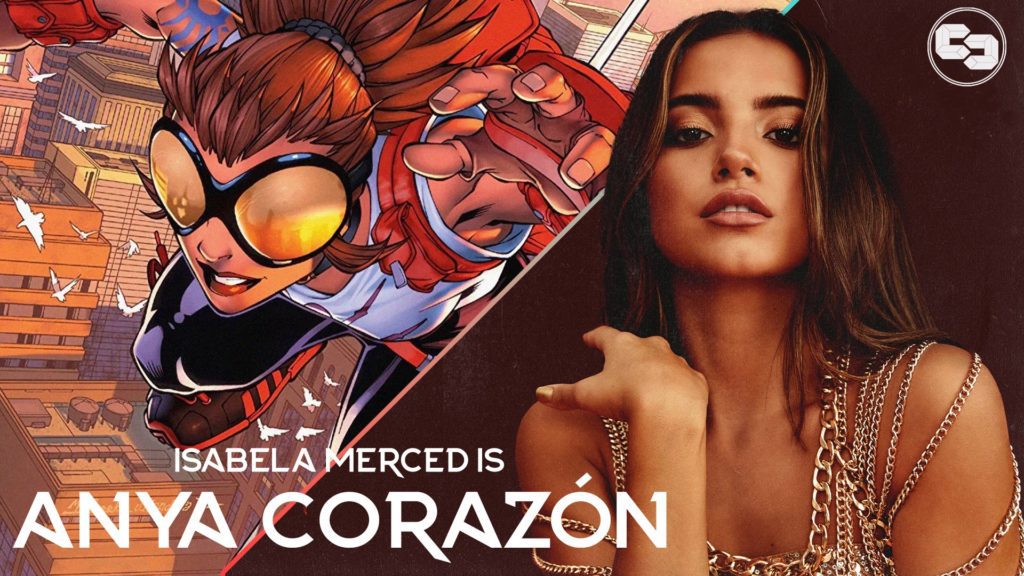 This one has been guessed at already, but as far as I know, no other reliable sites have confirmed this or the other cast characters I have listed here today. But yes, Isabela Merced is playing Anya Corazon aka Spider-Girl. In July, Fandomwire ran an exclusive that there is an Anya Corazon/Spider-Girl live-action project in the works. I can’t confirm that at this time, just making note of it here.

and now for the really big ones in my opinion… 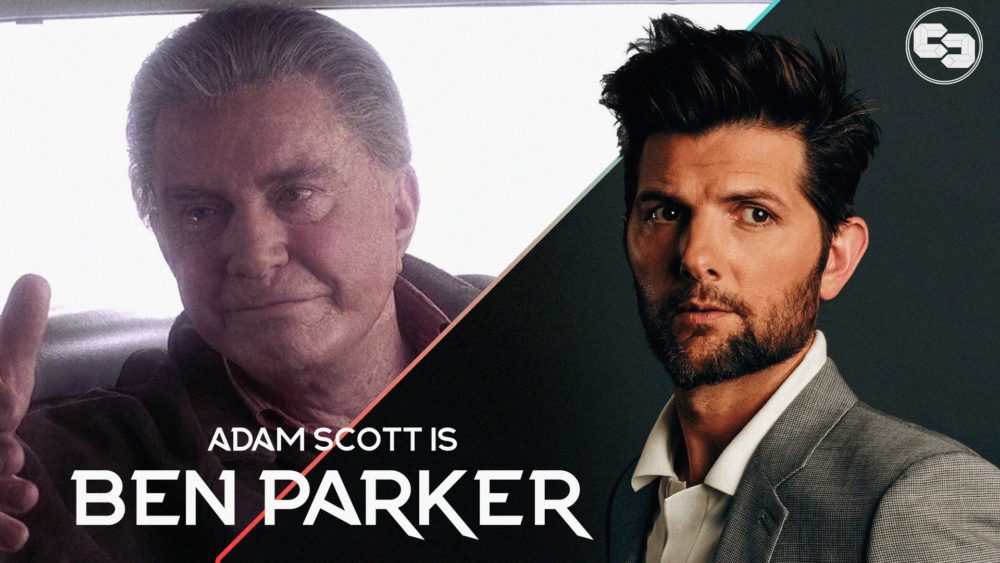 Yes. That’s right, Adam Scott is playing Uncle Ben. It’s great to see such a terrific actor be added to the list of live-action Uncle Bens. But of course, the fact that this is a relatively young Uncle Ben and one where it’s unclear if his loving wife May is even in the picture means that this film, or at least part of it, is definitely taking place very early in the Spider-Verse.

Which l leads me to my final cast-character reveal… 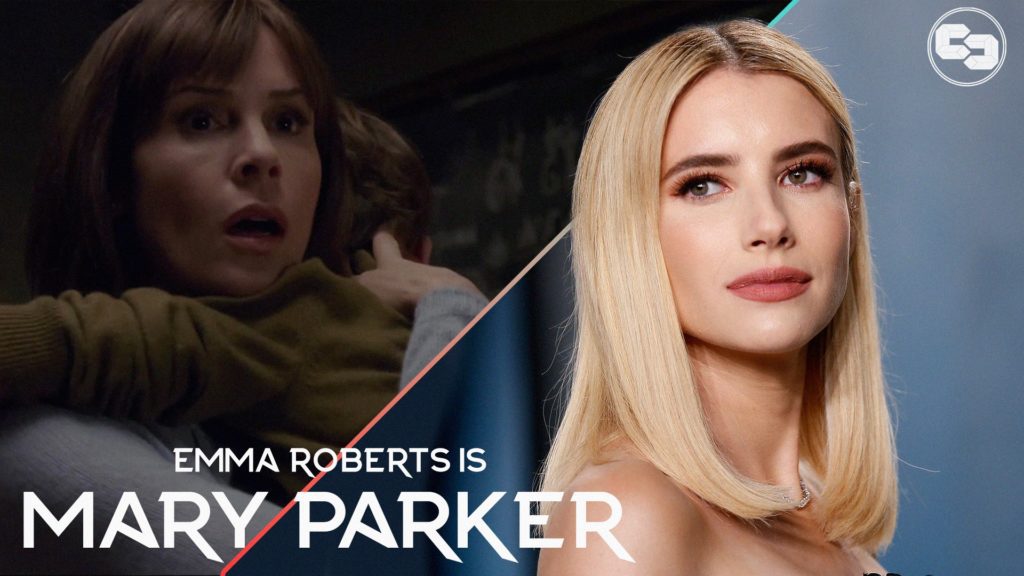 That’s Mary, not Aunt May. Emma Roberts is playing Peter Parker’s mother in Madame Web. It is unclear where her husband and Ben’s brother Richard Parker is or who may be playing him at this time. However, the fact that Roberts was caught looking very pregnant should mean he will pop up as well as someone else we already know and love by the end of it (hopefully).

The cast of Madame Web already had my and many fans’ attention as it gradually was revealed this year. But the cast and characters combined surely mean that some very important events are about to unfold, or not depending on how successful this group of heroines is in their mission.

Based on these last two reveals, and a few other things, here is some fairly spoilery speculation from our own Spider-Maniac Alex Perez on what may be going on in this movie, and how VERY high the stakes might be for the Spider-Verse in it. 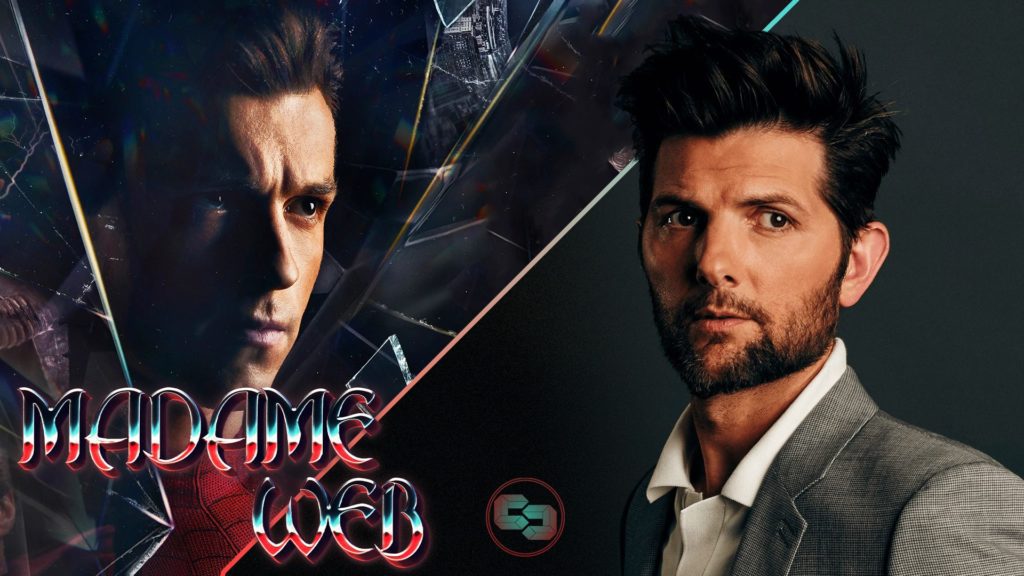 What do you think? Are you more excited for Madame Web now? The film is slated to hit theaters on October 6, 2023, and it sounds like they have the makings of a pretty *amazing* story here, especially considering my last two character-cast reveals. Let us know what you think and follow us for more news, reviews, and lots of talk about all the nerdy stuff you love and more on Twitter @mycosmiccircus!