Dominique Thorne has already filmed her role as Riri Williams aka Ironheart in Black Panther: Wakanda Forever, and is currently filming her very own Disney+ series in Atlanta, GA. Some casting has been announced, but not a lot is known about the series. Only a few set images have been shared on social media and of course the usual rumors going around. One such rumor/assumption for a while now is that Anthony Ramos is The Hood. I will share some things I know below about that and other details about the series, so read on.

[Warning for spoiler talk about Ironheart and Black Panther: Wakanda Forever below!]

First and foremost, yes, I know this has been assumed/rumored for some time now (see a recent article by The Direct). Back in January the Illuminerdi reported rumors both about a character description that they thought sounded like the Hood as well as a rumor about a son or daughter of Obadiah Stane showing up. (Edit: Just adding that as I posted this I got word that Twitter account @greatphase15 had reported this back in February as well)

While I’m assuming Stane’s son Zeke may very well be Alden Ehrenreich. The Solo star definitely has enough of a “family resemblance” and coolness factor to play the son of Jeff Bridges, but I’m not quite confirming that yet.

However, I can confirm through my own sources that In the Heights and Hamilton star Anthony Ramos is indeed playing The Hood. When the actor’s casting was announced back in February, it was reported by Deadline that he would have a “key role” in the series. From what I’ve heard, I would definitely say that’s accurate.

Some interesting bits and pieces about the Ironheart series have recently been passed to me, some of which seem like it might change the previously assumed timeline for when the series takes place, but you be the judge.

Firstly, as has been reported, Riri is in Chicago for much of the series, as opposed to MIT in Massachusetts where she was filmed for Black Panther: Wakanda Forever.  Even a White Castle was built in Atlanta for the series (as reported here) and pictured below.

So if Riri is in Chicago where she grew up for much of this series, I think that is one clue that this is possibly not taking place after her appearance in the Black Panther sequel, but before it. I have heard additional evidence that supports this as well.

I have learned that in Ironheart, Riri has been kicked out of MIT after she was caught doing some things she shouldn’t – such as being paid to do other students’ homework for them. I have heard that the money is going to a good cause though – for funding so she can build her own Iron suit.

Now, we’ve (probably) all seen the Ironheart suit she has in Wakanda Forever, in some merchandise images already, so I’m not sure why she would need funding to build her own Iron Suit if she already has one by the end of that movie.

It’s possible she doesn’t have one anymore by the end of the film, but I find that difficult to believe. The idea that Riri would be struggling, breaking rules like this, and getting kicked out of MIT, all to fund her Ironheart suit build, AFTER Wakanda Forever, just doesn’t quite make sense to me. I’m sure she will have a suit in the series, but don’t expect it to be the exact same one we see in the merchandise images. In short, I have reason to believe that the Ironheart series will be an origin story for Riri taking place prior to the Black Panther sequel, and possibly right around when the Blip happens.

As for Alden Ehrenreich’s role, again I am assuming he will be Zeke Stane, Obadiah’s son. Some bits and pieces I’ve heard about someone who sounds suspiciously like a “scoundrel” offering her a job she may regret taking, seems to fit the bill for that role and actor. This also may line up nicely with Riri returning to the good graces of MIT to finish her education, and her having a very significant role in Black Panther: Wakanda Forever that catches the notice of both friends and foes.

That’s all I got for you today! What do you think? Are you excited about Anthony Ramos playing The Hood? What do you think about the other details I shared? Let us know on Twitter and follow us @mycosmiccircus! 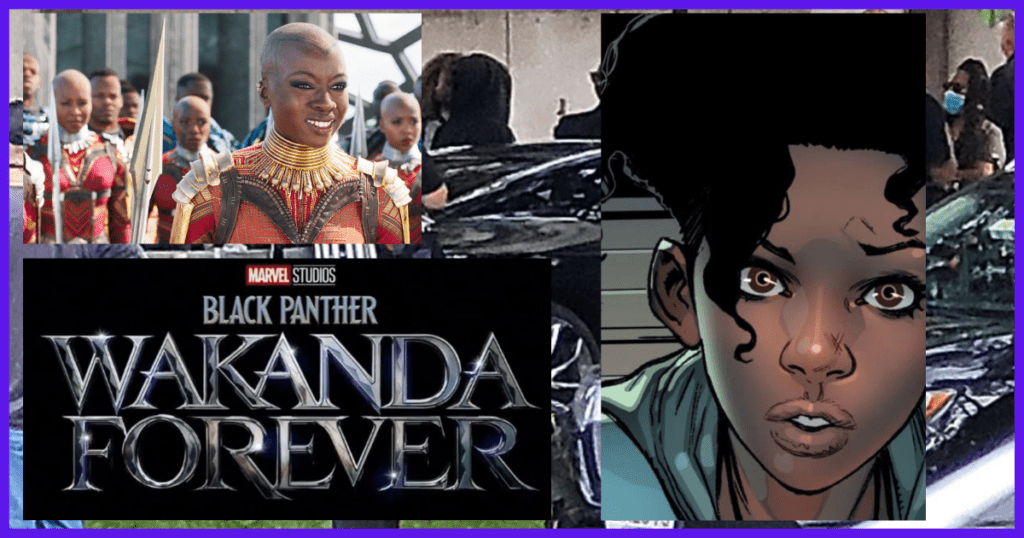