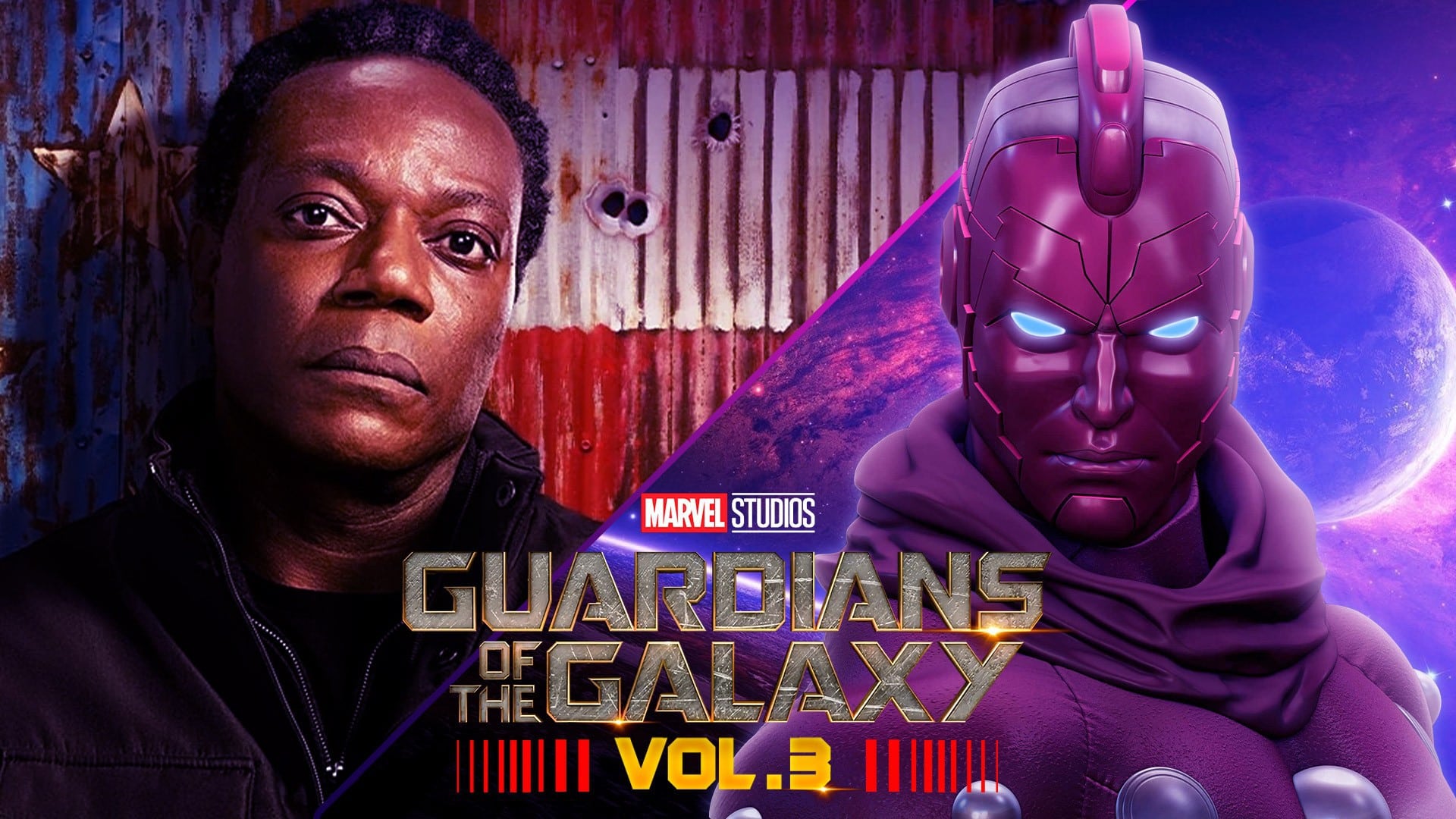 Earlier today, we shared some exclusive images that came to us from the Guardians of the Galaxy Vol. 3 set, and just a short time ago I received yet another set image which appears to be an artist rendering of none other than the High Evolutionary! The NEW image also seems to have some strong facial similarities with Chukwudi Iwuji,  who is believed to be playing High Evolutionary.

As Vin mentions in his article earlier today, there was also an image shared on Instagram yesterday by Atlanta Filming from the filming location. In that image, a big sinister-looking red face loomed on a well-graffitied wall, over some similarly decorated dumpsters. More of the same new alien language we found was there as well.

Very soon after we posted this morning, there was speculation online that the ominous red face character may in fact be a first look at the High Evolutionary in Vol. 3. Suggestions that what we are seeing is the MCU version of Counter-Earth grew stronger when paired with the animalistic-looking aliens posted by Just Jared yesterday as well.

Vin updated his article with a bit more about that, as suggested by our friend @MaximilanMarvel below.

Just a short while ago, I received yet another graffiti image from the Guardians of the Galaxy Vol. 3 filming location. This image, to my eyes, not only confirms High Evolutionary in these images, but that, as I have previously reported, Chukwudi Iwuji is playing him! See what you think! 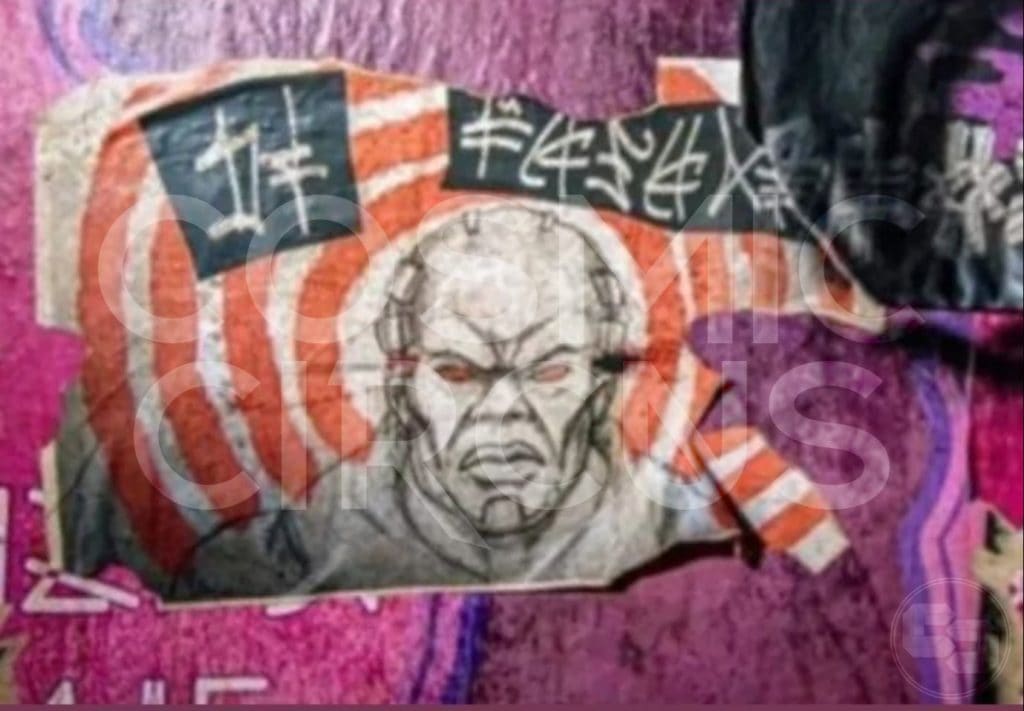 Between the previously unknown alien language, the weird Earth parallels, animal hybrid beings, the red ominous face in the graffiti, and the facial features in this image above; this all appears to be a very good match for both the High Evolutionary appearing and Chukwudi Iwuji playing him.

I should note that while Iwuji has already been confirmed to be cast in Vol. 3, his character has not. However, the High Evolutionary has long been speculated to be heavily involved.

Are you excited to see the High Evolutionary brought to the MCU in Guardians of the Galaxy Vol. 3? What do you think that Peacemaker actor Chukwudi Iwuji will bring to the role? Let us know in the comments or on Twitter @mycosmiccircus!