EXCLUSIVE: First Details on Rachel Zegler’s Character in ‘SHAZAM: FURY OF THE GODS’ 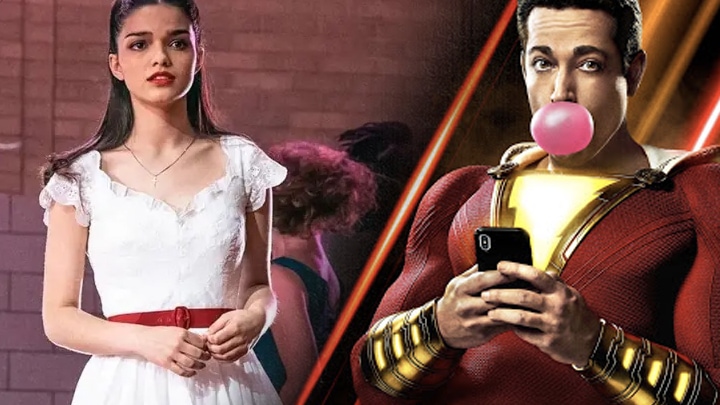 EXCLUSIVE: First Details on Rachel Zegler’s Character in ‘SHAZAM: FURY OF THE GODS’

Note: this article was originally published at Murphy’s Multiverse on June 3, 2021.

Around three months ago, it was confirmed that West Side Story‘sRachel Zegler has joined the upcoming Shazam sequel. Originally, there were theories that she might be part of Greek myth’s Three Sisters alongside Helen Mirren and Lucy Liu’s, who are playing Hespera and Kalypso, but her role remained under wraps until now. Still, there was no evidence to confirm this theory so far. Luckily, we got our hands on some information and can exclusively report that she will be playing a character called Anne and were able to get our hands on some details regarding her character.

SPOILER WARNING FOR SHAZAM! Fury of the Gods below!

Our sources have revealed that Zegler has filmed a scene, where she is referred to as Anne. It takes place at a school, where she is flirting with Jack Dylan Grazer‘s Freddy Freeman, indicating that she would play a love interest for Freddy. It casts some doubt that she might be one of the sisters after all. Yet, don’t let the “love interest” part fool you. We have also learned exclusively that a scene with Zegler was filmed on a rooftop that involved her wearing golden armor. It seems rather unlikely that a normal, unpowered schoolgirl would be wearing that on a rooftop.

So, there might be more to her background after all and she could be pretending to get closer to Freddy. Anne isn’t really a name that goes with Hespera and Kalypso too well, so we should expect Zegler will have an alternate character name as the youngest of the sisters. As for what she’s up to going to school and flirting with Freddy, time will tell. But here’s hoping she doesn’t break poor Freddy’s heart while she and her sisters mess with the Shazam!-fam in the upcoming sequel!