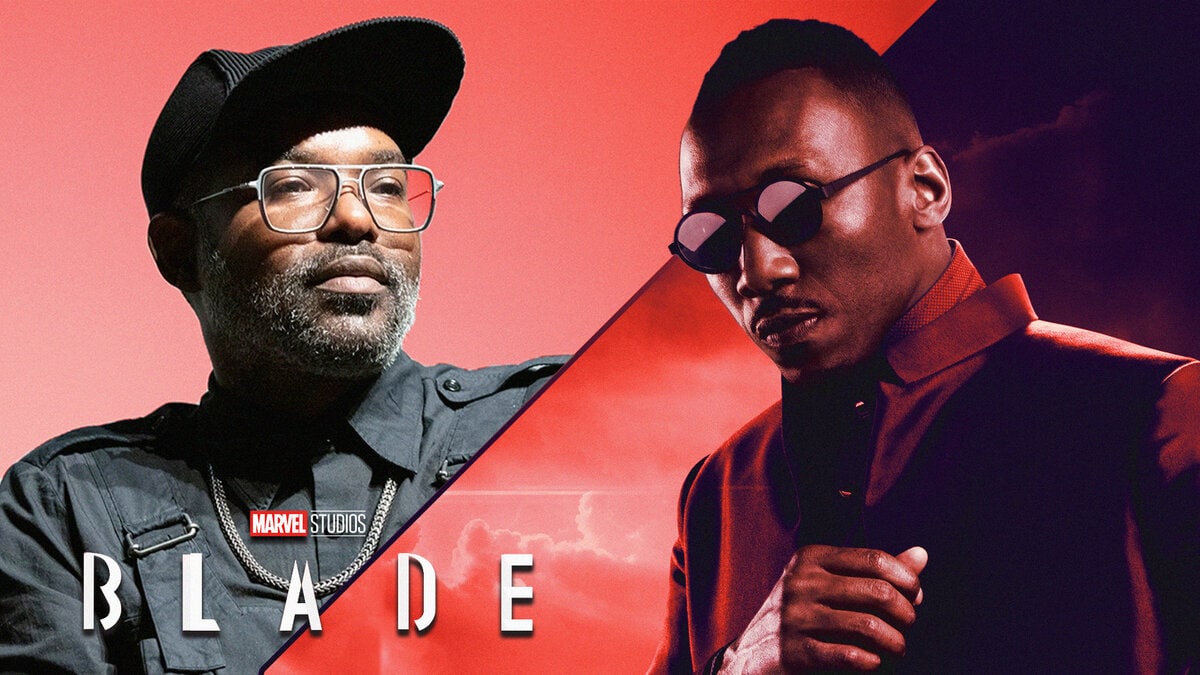 Exclusives News and Rumors What I Heard
October 27, 2022 Lizzie Hill

Back in 2019, fans went wild when Marvel President Kevin Feige announced at SDCC that not only were we getting a new Blade film in the MCU, but we would have none other than Oscar-winner Mahershala Ali as the star. Since then, multiple setbacks have plagued the project, causing both the filming and release of the much-anticipated reboot to be pushed back several times. The most recent came when the production parted ways with director Bassam Tariq this past September (remaining Executive Producer on the film, per THR). Since then, the production was pushed back once again, and a hunt for an ideal director to replace Tariq has been underway. I’m happy to report, I have heard from my reliable sources who Blade’s new director may be – Elegance Bratton.

Now you may notice I’m sneaking the word “may” in there. I couldn’t quite confirm that everything has been finalized yet with the director. That being said, I am confident enough to write this up as much more than just a rumor, and I will not be surprised if there is an announcement confirming this soon. At a minimum, Elegance Bratton is on a shortlist being considered for the job. However, I believe he already has it.

Who is Elegance Bratton?

You may not be familiar with Elegance Bratton, and honestly, I was not until I began to look up more about him for this article. This man has an incredible story, and some of that story will be depicted in a semi-autobiographical film he has written and directed, and releasing on November 18, 2022, titled The Inspection.

“In Elegance Bratton’s deeply moving film inspired by his own story, a young, gay Black man, rejected by his mother and with few options for his future, decides to join the Marines, doing whatever it takes to succeed in a system that would cast him aside. But even as he battles deep-seated prejudice and the grueling routines of basic training, he finds unexpected camaraderie, strength, and support in this new community, giving him a hard-earned sense of belonging that will shape his identity and forever change his life.”

The raw emotions, heartbreak, and strength that this story and trailer showcase make me want to watch this film. This is a hero’s journey, and it’s a hero who has had many, many circumstances set against him. But clearly, in the end, Elegance Bratton has survived and come through like any hero we’ve ever seen on our big screens.

Actress and Producer Gabrielle Union said about her part in The Inspection (via Variety):

“As an actress, you want your work to be transformative, and to be impactful. To know that through the work, Elegance saw and recognized that he had empowered himself all along, and no matter how his mother’s story ended, he was going to be okay, that was gratifying,” she explains. “At the end of the day, all of the pieces of me on that set — the actress, the executive producer, the human being and the mother — all felt like it was worth it. The darkness that I lived in and had trouble shedding could provide a whole lot of empowerment for at least one child, one family. That’s enough.”

Bratton’s documentary Pier Kids focused on the lives of homeless black queer and trans people living at New York City’s Christopher Street Pier. This again touches on elements of Bratton’s own life while doing the important work of shedding light on these problems, the struggles a lot of people in the community face, and the kind of help they still need.

Pier Kids aired in 2021 on PBS and is also available on the Criterion channel. (View the trailer for Pier Kids here). For an in-depth interview with Elegance Bratton about that project, see the GLAAD interview in the video linked below.

But will Elegance Bratton be good for Blade?

Obviously, we’ll have to wait and see what the end product is if indeed I’m right about Bratton being Blade’s new director. To me, the power and emotions I feel coming through in the trailer for The Inspection speak volumes to me in favor of Bratton being a very strong choice for any Marvel film.

In discussing this story with some of my writers on my site, it was pointed out to me that both Bassam and Bratton have documentary backgrounds. Additionally, in a Tweet earlier this year, Bassam Tariq said, “Honored to lead this film with our incredible cast and crew. Can’t wait to share with y’all what we are building. I pray that those who are out in the margins feel seen and celebrated in this one. For those fighting for a place to call home – this one is for you.” In a similar quote via Philadelphia Gay News, Bratton said about Pier Kids, “This was a film that comes from a deep, spiritual need to understand the meaning of home.” With that in mind, it could be that Mahershala Ali’s Blade film will focus on “home” and finding family, to some extent. This is often a strong theme in Marvel films.

Current plans are for Blade to finally begin filming in Georgia next summer, with a release date of September 6, 2024. Are you looking forward to seeing Maherhala Ali’s Blade? Will you see The Inspection when it releases? Let us know in The Cosmic Circus Discord or on Twitter @mycosmiccircus.