EXCLUSIVE: Djimon Hounsou Returning as the Wizard in ‘Shazam! Fury of the Gods’ 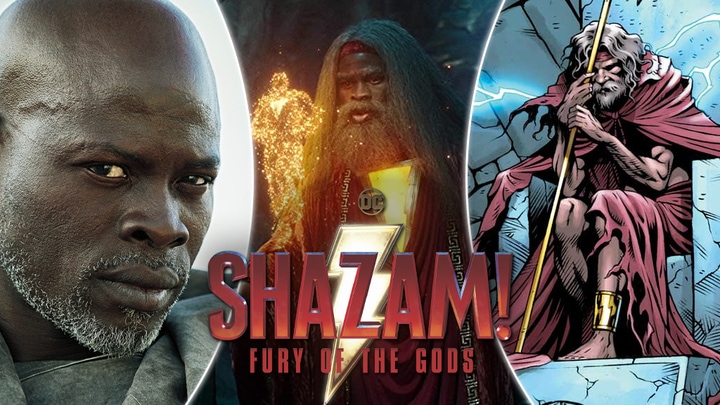 EXCLUSIVE: Djimon Hounsou Returning as the Wizard in ‘Shazam! Fury of the Gods’

Note: this article was originally published at Murphy’s Multiverse on May 17, 2021.

That’s right, you read that headline correctly. Djimon Hounsou and his character, the ancient Wizard Shazam, will return in Shazam! Fury of the Gods. While I’m sure the Shazam-Fam will welcome the return, this does come as a bit of a shock based on the fact that the Wizard disintegrated to dust in front of our very eyes in the first film and his magical staff was broken. It will be interesting to see how the sequel works around all of that. While a flashback is certainly possible, I’d say that it also seems likely that those powerful but villainous sisters, Hespera and Kalypso (played by Helen Mirren and Lucy Liu), could have something to do with his resurrection. But it won’t be out of the goodness of their hearts.

Hounsou is no stranger to comic book properties, appearing in both Shazam! and Captain Marvel in 2019. Before that, he was the voice of King Ricou in Aquaman (2018), appeared as Korath in Guardians of the Galaxy (2014), and with Keanu Reeves in DC’s Constantine (2005). His voice work also includes a part in Amazon’s Invincible and a 2010 Black Panther animated series in which he played T’Challa. But his “nerd cred” goes back even further, with a part in Angelina Jolie’s game-based adventure film Lara Croft Tomb Raider: The Cradle of Life in 2003, and all the way back to 1994, when he appeared as Horus in the sci-fi cult classic Stargate.

Shazam! Fury of the Gods stars Zachary Levi as the superhero, and Asher Angel as his teenaged alter ego Billy Batson who was gifted a major “glow up” along with all of the amazing powers of the Wizard Shazam with the help of his magical staff. The DC comics film sequel, which is on the verge of commencing filming in Georgia alongside Black Adam, is scheduled to hit theaters on June 2nd, 2023.