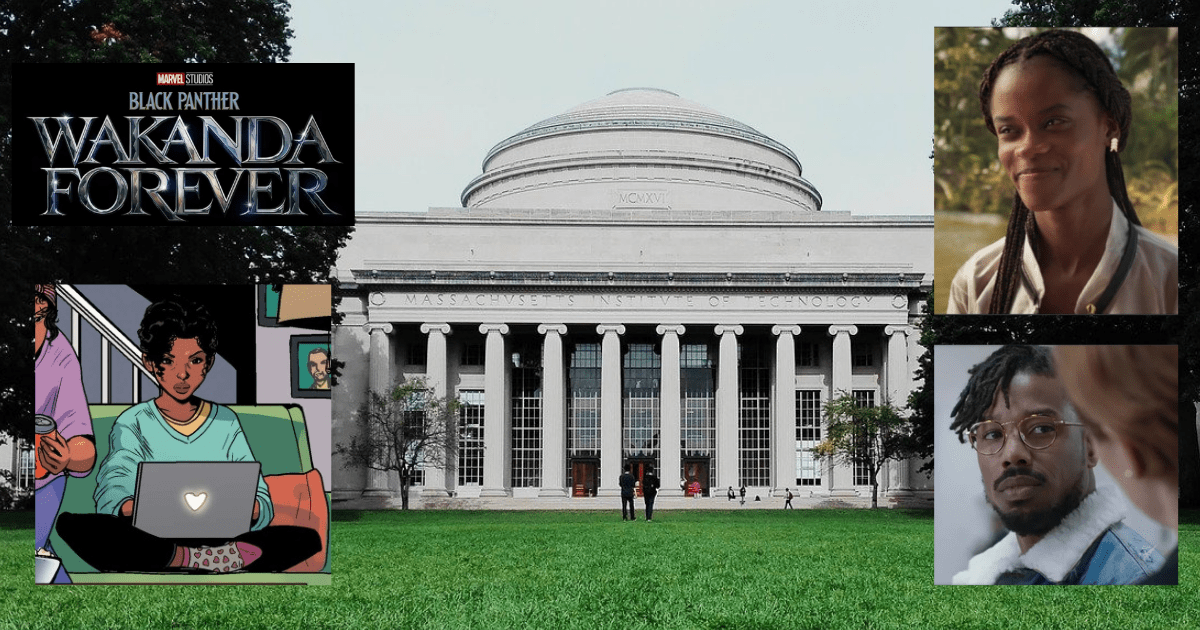 Black Panther: Wakanda Forever has only very recently kicked off filming in Georgia. However, I’m now hearing about a location much closer to me, in my home state of Massachusetts, that the sequel will film this summer as well. I think you may be very interested in the possible reasons why they’re using this particular location too. No, I’m not talking about Worcester (or Wusstah as they say around these parts). I can exclusively report Black Panther: Wakanda Forever will be filming in areas around and quite possibly AT the Massachusetts Institute of Technology in Cambridge, MA.

I cannot currently confirm the dates of filming or if they will actually be filming on campus grounds as of yet. It is unusual for M.I.T. to allow production companies to film on the campus itself. However, I have learned that an exception is being considered in this case. I also know that there are plans to film exteriors around and near M.I.T., which may be all they require to get the distinct features of the acclaimed university in shot for the film.

Questions you might ask are: What are they doing there? Why is this interesting? Well, it’s interesting for a few reasons, mainly because of certain Marvel characters that attended M.I.T. This includes Tony Stark as well as, very notably, the first Black Panther film’s antagonist Erik Killmonger

You may be wondering if this could be some sort of flashback sequence involving a younger Erik attending university. While possible, Michael B. Jordan has yet to be officially confirmed to return.  I also have very strong doubts about that theory, due to the fact that I can’t think of how something like that would fit into the rest of the film, with Killmonger being so very dead, and all.

But I have other theories. Now, I will strongly caution you that I can not currently confirm any suspicions I have about why they are there. But think about this, dear readers… You know how there’s an Ironheart series to film next year on Disney plus? The one with that young genius M.I.T. student named Riri Williams? Yeah, that’s the one. Could a filming trip to M.I.T. mean that Riri is in this movie? I’d say there’s a strong possibility. As we already know, both Kamala Khan and America Chavez will be appearing in MCU films in the not-so-distant future (The Marvels, and Doctor Strange in the Multiverse of Madness respectively). Considering Riri will be headlining her own show as well, it’s certainly very possible she will be introduced to the MCU this way too.

Perhaps this location shoot is something to do with Killmonger. Perhaps it’s simply Shuri paying the brilliant minds of M.I.T. a visit or to speak. She is a genius herself, after all. Or perhaps this will be Ironheart Riri’s big debut. Hopefully, the mystery will be solved over “Summer Break.”