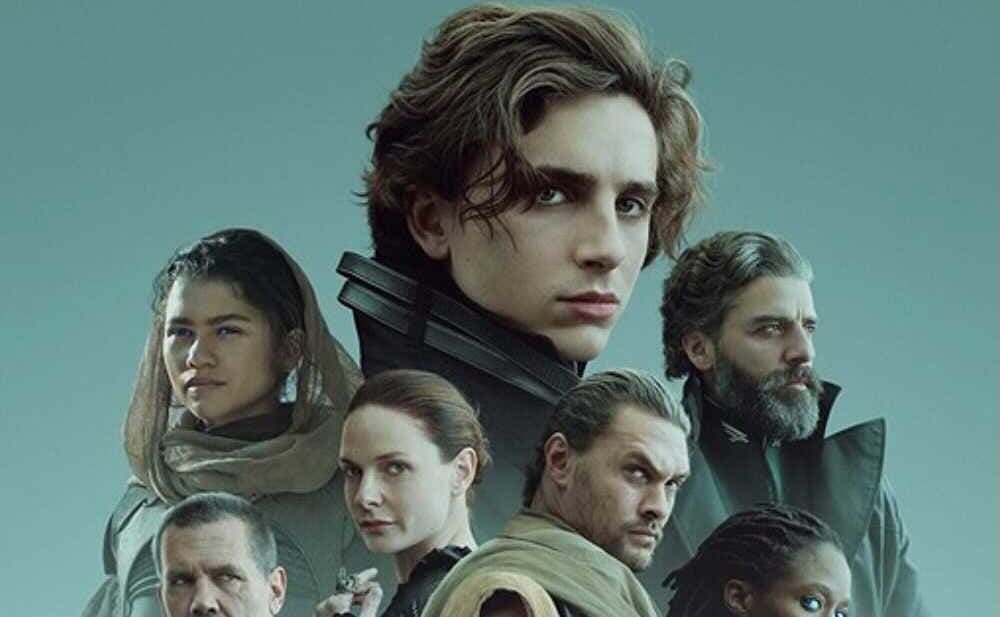 After an incredibly long wait and nearly a year-long delay, Dune has finally premiered…for a select group of critics and people attending Venezia 78 (Venice Film Festival). Now begins the much longer wait; while we are all drowned with stunning critical reactions, the rest of us still have a month to go until we see the proclaimed “all-time great.” Now, I might sound a bit envious, but read the reactions to Denis Villeneuve’s Dune and try not to feel envious of them.

Sometimes you just know when you've seen an all-time great… And #Dune is, to me, an all-time great. Denis Villeneuve's masterpiece is a sweeping symphony of spectacle, sound, and storytelling. A cinematic odyssey that is every bit as visceral as it is epic. #Venezia78 pic.twitter.com/1kkgVPIGw5

Dune – !!!! Wow wow wow. Blown away. This is everything I was hoping for. Launching us into a whole new era of spectacular sci-fi taking us to Arrakis & beyond. An exhilarating big screen, pulse pounding, awe-inspiring experience. This is what we go to the movies for. #Venezia78 pic.twitter.com/DoEJTEolBz

I could go on and on about what these people had to say, but there are easily hundreds of reactions out there right now on Twitter, so either take my word for it or take a look for yourself.

People are adoring this movie. I’ve seen comparisons to the original Star Wars, Lord of the Rings, and 2001: A Space Odyssey. A high standard indeed, but not an unexpected reaction, at least for myself. For me, Denis Villeneuve has time and again proven himself to not only be one of the most competent filmmakers working today but one of the most purely talented. 2013’s Prisoners (Hugh Jackman, Paul Dano) was a triumph of stress and grief. 2017’s Blade Runner 2049 (Ryan Gosling, Ana De Armas) was not only a sequel that surpassed the original but one of the most important films in my life and one of the most visually stunning character pieces ever.

Villeneuve has incredible talent, and that much is apparent to me. So seeing people gush about this movie as if it’s the next epic to come to cinemas doesn’t really strike me as odd. It’s expected. He has always had this talent, and I’m glad he’s getting his due appreciation. Hats off, Mr. Villeneuve.

Now the reactions weren’t the only bit of information or insight into the film that came out of the film festival.  A couple of the film’s cast and crew were able to say a few things about the film in an interview with Variety, for those of you who are not yet convinced and are undecided on whether or not you’ll see it.

Denis Villeneuve took a half-step backward on some unwarranted comments earlier this year on the film’s fate to debut in theaters and on HBO Max.

“At the end of the day these are difficult times and for everybody, safety first, if the audience feels comfortable I encourage them to watch it on the big screen[…] it is a physical experience.”

Star Timothy Chalamet spoke about the baggage that comes with the role, and how excited he is to be a part of this story.

“I have huge respect for Kyle [MacLachlan]’s performance and I love that version. I was fortunate enough to work on other projects that have prior iterations with great actors in them. But when Denis Villeneuve asks you to do a movie and do his version of the movie, you forget all that […] I hope we can do a second one. That would be a dream.”

The second film almost seemed like it was a lock when the film was initially announced, but the currently ongoing pandemic and films “underperforming” at the box office – not to mention the HBO Max simultaneous premiere – has brought the possibility of a sequel into question. Though we do know that  HBO Max is also working on a spin-off series based on the Bene Gesserit witches of Dune lore (Dune: The Sisterhood). Hopefully, come the Holiday season we’ll have more information for the future of the Dune story.

Dune comes to theaters and HBO Max on October 22. It’s being directed by Denis Villeneuve and includes one of the most star-studded casts in recent memory: Timothy Chalamet, Oscar Isaac, Rebecca Ferguson, Jason Momoa, Stellan Skarsgard, Josh Brolin, Javier Bardem, and Zendaya. The film is also being scored by the legendary Hans Zimmer.