Time to Shine for Drax The Destroyer in ‘Guardians of the Galaxy Vol. 3’ Time to Shine for Drax The Destroyer in ‘Guardians of the Galaxy Vol. 3’

James Gunn’s Guardians of the Galaxy films and characters have time and again been a stand-out in the larger Marvel Cinematic Universe. Even when they are relegated to smaller roles such as in Infinity War and Endgame, they were still the best part of that near 6-hour epic. But, I can’t help but feel that within that huge cast of lovable and relatable “A-holes,” the most emotionally charged character has been left untapped. Here’s why Drax the Destroyer should get his own time to shine in the upcoming Guardians of the Galaxy Vol. 3.

The tragic backstory of Drax the Destroyer

In Marvel Comics, Drax has a tragic and primal (if not cliché) backstory. Drax and Thanos have been attached at the hip from the very beginning. They debuted in October 1972 in Iron Man #55 alongside a vast roster of now-iconic & galactic Marvel characters and concepts.

Since his beginning, at the core of Drax’s character is the tragic loss of his wife and daughter at the hands of Thanos. If they’re going to carry over the fridging of Drax’s daughter and wife as a motivation for him, why never touch on it again?

For some reason, the MCU never gave his backstory the respect it deserved. He has one drunken moment of attempted revenge in Guardians of the Galaxy, and his character in that film is often recalling the loss of his family. But he’s a secondary character in that movie, sidelined so they can focus on Peter Quill’s (Chris Pratt) emotional core and growth.

Drax (Dave Bautista) is never given enough in Vol. 1. Then, in Vol. 2, he’s relegated almost completely to comic relief aside from a sensitive moment with Mantis (Pom Klementieff) as she senses what he’s feeling and his tremendous loss. While that moment certainly helps her and the audience understand him better, it still doesn’t feel like enough.

I’ll give Vol. 2 a bit of a pass here because I don’t think the narrative at any time demands for him to give much more than he does. Though I will never forgive the insane “harbulary”/”anulax” battery bit… what does it even mean? Why would that be funny? But then the MCU finally arrived at the Infinity War story. They placed Thanos in the limelight of a 149-minute story and gave Drax, one of the characters who had lost the most to Thanos at the start, next to nothing to do.

For a film as long and fast-moving as Infinity War, it remains incredibly focused. It has zero time to waste, and apparently, they deemed Drax’s story not important enough to dedicate time to. But I think the biggest crime was their dusting of Drax. Endgame – as slow, clinical, and reflection-focused as the story is – would’ve been the perfect time to have Drax sit down and get more serious about his driving force as a character.

That being said, in each of these films, even when Drax is stuck in the back seat, damned to do nothing but give one-off bit jokes for what feels like an eternity – there’s always one moment that shines through. Each of them has left a little breadcrumb trail of remembrance, constantly reminding us of who Drax is at his core: Drax nearly committing drunken suicide by Ronan’s hand, Mantis feeling the anguish inside Drax on Ego’s planet, and Drax declaring to get revenge on Thanos in Knowhere during Infinity War. It’s almost as though they’re building to one last final sentiment solidifying his true characterization that he’s been hiding behind humor.

Potential narrative in Guardians of the Galaxy Vol. 3

So Marvel Studios has missed opportunity after opportunity to take advantage of this character’s potential. But they have one more chance to put him in the spotlight. Dave Bautista has made it incredibly clear that he won’t continue as the character once Gunn is finished, and the director made it clear he’s done after Vol. 3. So with one more chance, what will they do?

With leak culture rampant, it’s a miraculous feat we haven’t gotten every little narrative beat spoiled for Guardians of the Galaxy Vol. 3. But with the details we know, I think we can fill in the gaps and theorize on how Drax could be utilized. Two characters are being introduced that could bring a lot of emotion out of the character: High Evolutionary and Adam Warlock.

What I Heard: Yes, Chukwudi Iwuji is High Evolutionary in Guardians of the Galaxy Vol. 3 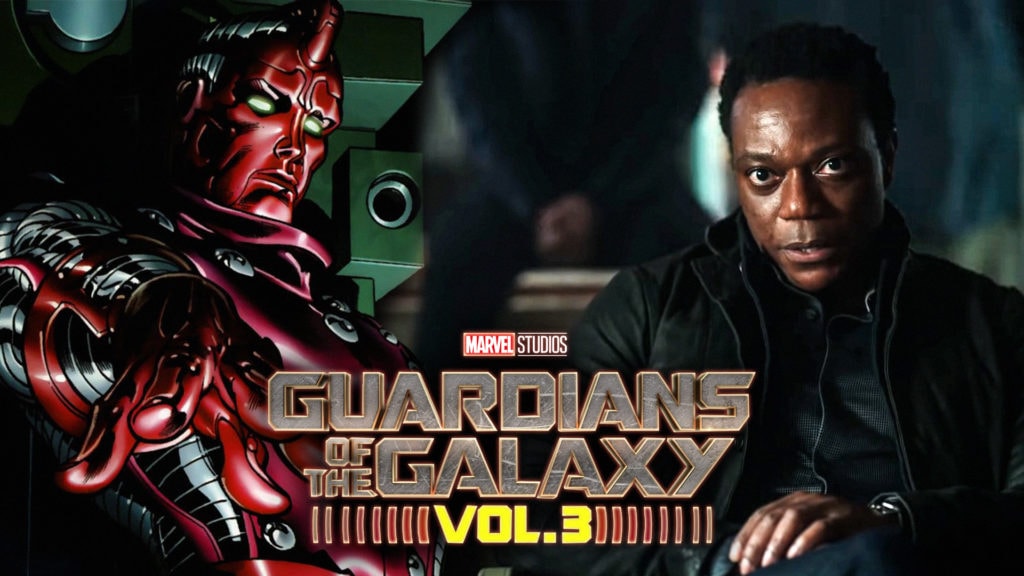 The key defining moment for Drax is the loss of his wife and daughter, which gives him a permanent connection to the concept of family. Putting him alongside the High Evolutionary could magnify the feelings inside of him.

Watching the High Evolutionary reconnect with Rocket (Bradley Cooper), a metaphorical child of his, could trigger some sensitive emotions inside of him. His ultimate failure was his failure to protect his child, so watching as a man actively fails his child could hit close to home for him.

Adam Warlock reflects the other side of that relationship: the child who was mistreated by their parent. In fact, this film has Drax surrounded by children mistreated by their parents: Star-Lord, Gamora, Nebula, Rocket, and potentially Adam. Those are all characters defined by their childhoods and relationships with parental figures. Drax is the only one of these characters on the other side of that equation, maybe with the slight exception of Rocket with younger Groot.

I think it would make a lot of sense if Drax were to die in this film while taking care of his “children.” This would finally close the loop on his tragic story. Similar to the way Yondu was able to make up for his shortcomings in his final heroic act in Vol. 2, Drax could finally find his peace by protecting his family once and for all.

Why Has Drax the Destroyer Been Left By The Wayside?

For the life of me, I cannot make sense of the way Drax the Destroyer has been treated in the MCU thus far. If he exits the story with no emotional conclusion to an arc, I will be baffled. Perhaps James Gunn just thought his buddy was a great comedic presence and wanted to take advantage of that. Or perhaps Gunn just doesn’t connect to the Drax character at all. But I’m really hoping his plan was just to save the best for last, and they’ll go out with a bang.

For more information on Drax the Destroyer and his comic book history, check out Marvel’s overview of the character!