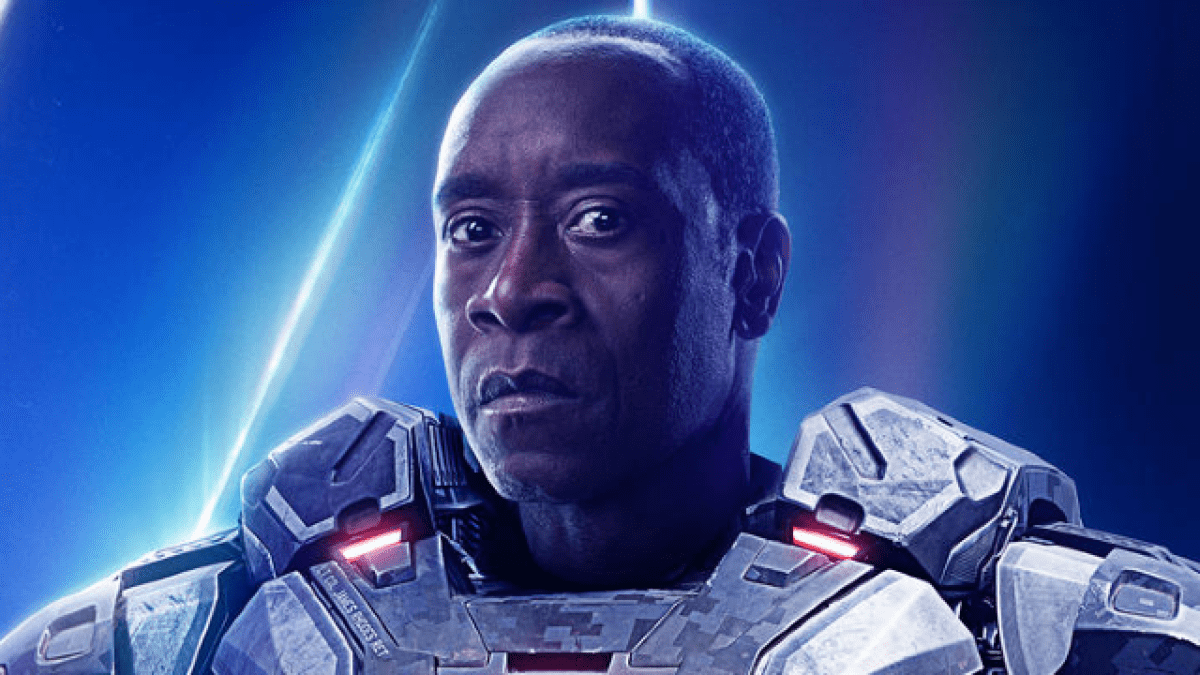 As we enter into the season of giving, it seems like Marvel Studios is giving fans a lot to look forward to, one of which is the return of Don Cheadle as Rhodey in his own Disney+ series Armor Wars. During an interview with ACE Universe, Cheadle gave us a minor update on the highly anticipated show.

At approximately 19 minutes into the interview, Angélique Roché asked Cheadle for an update on the series. At first, Cheadle gets up and removes himself from the frame, a subtle way to relay that he is unable to talk or say much. A common reaction from actors in Marvel Studios projects, due to the NDA’s and Marvel snipers always watching. However, he returns moments later and clearly states that Roché can “ask a lot of questions” but that he probably couldn’t answer most of them. Describing James “Rhodey” Rhodes as one of the core characters at Marvel Studios currently, the host asked what the most memorable part of playing the character, as well as the most exciting part of the evolution of Rhodey is for the actor.

“I think the most exciting part is yet to come. I think we don’t really have a super-strong idea who he is really, outside of that bubble of the Avengers, outside of necessarily his friendship with Tony, and now he’s gonna kind of be untethered from all of that. So it’s an opportunity to really kind of discover who he is in a way that we have not had before with concentrated time and focus on Rhodey and Rhodey’s journey and hopefully some stuff about his part and you know teeing up some things about his potential future. I think those kinds of things were hinted at in Endgame where this character might go and the things that may be in the offing for him.”

With a typical non-answer, Cheadle indicated that he is most excited for the story that is to come for Rhodey. The idea of finally getting to see this character, a secondary character to Tony Stark’s (Robert Downey Jr.) films, in a project and world of his own is just as exciting for fans as it is for Cheadle. Phase Four has allowed for different stories to develop outside those of the major six and their respective movies. The actor continued though, reminding the host and fans that the project is still in the earliest of development, with head writer Yassir Lester just being tapped.

“It’s very early in the process of Armor Wars, we just hired my boy Yassir which I’m very excited about. A great guy, a lot of great ideas, but honestly we’re just really trying to crack the spine of what it’s going to be.”

The development process continues to be an incredibly collaborative approach between the writers and Cheadle, something that helps to build stories that are true to the story and to the character. Rhodey was last in Avengers: Endgame with a brief cameo in The Falcon and the Winter Soldier. From the sound of it, it seems that Rhodey has a long and prosperous future in the MCU, with Armor Wars just being the first chapter in his journey to step out of the shadow of Iron Man.

Armor Wars is currently in development and is expected to release in 2022.