‘Doctor Strange in the Multiverse of Madness’ Trailer Breakdown 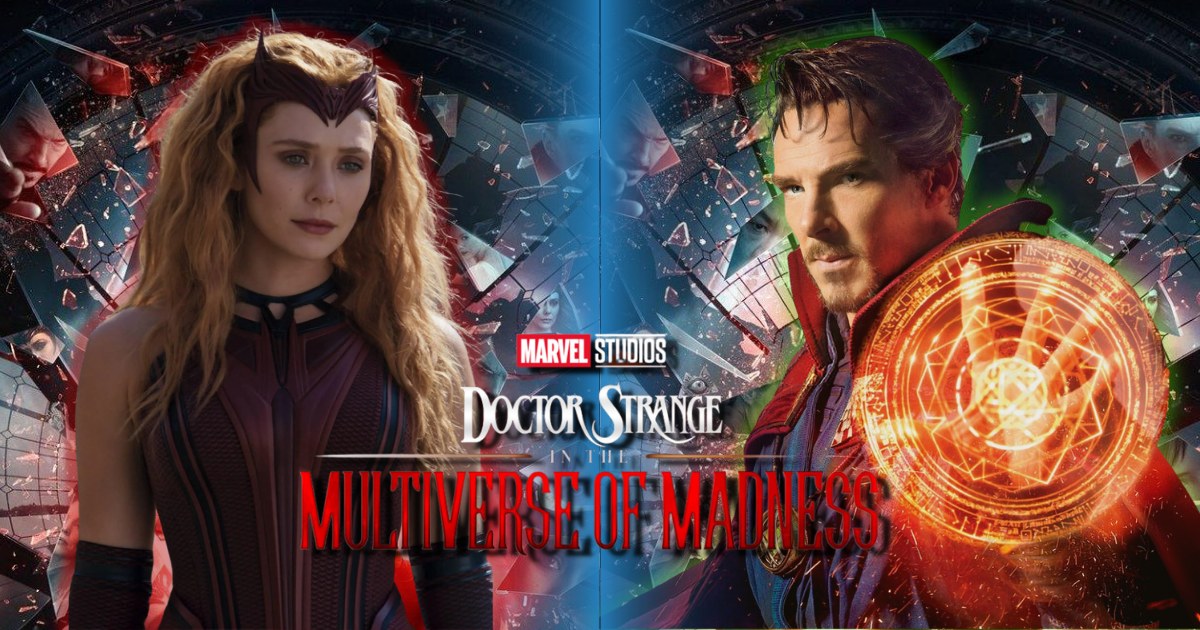 ‘Doctor Strange in the Multiverse of Madness’ Trailer Breakdown

The new Doctor Strange in the Multiverse of Madness trailer came out way earlier during the Super Bowl than many of us thought. And there is a lot of exciting new footage! Here’s my breakdown of the trailer! Watch out for possible spoilers for the movie below!

In this new trailer, we got a better look at America Chavez (Xochitl Gomez) and her abilities. She looks way more involved in the action than I originally thought she was, although the working title Stellar Vortex did imply an important role for the super teen.

Not only is Miss America involved in the fight with Gargantos, but she also has a part in the fight at Kamar-Taj. We also got to see her using her star-shaped dimension-hopping powers. I’m excited to see her and Strange (Benedict Cumberbatch) travel through the multiverse together, as well as Gomez and Cumberbatch’s dynamic on screen. I have a strong feeling that like Florence Pugh, Gomez is going to be a fan favorite in this movie.

‘What If…?’ coming to the big screen

From the first trailer and this one, it is obvious that ‘What If…?’ episodes four and five will be referenced in this movie. With the buildings disappearing, I assume this occurs in Superior Strange’s dimension. It looks like Zombie Strange will also be making an appearance as he’s pulling the same move Strange did in ‘Infinity War,’ fighting Thanos with multiple arms. Writer Vin pointed out that this is a nod to Hindu iconography. You can see this clearly in the TV spot below.

Strange is clearly facing the consequences from the spell he cast in ‘Spider-Man: No Way Home’ as Wong (Benedict Wong) says, “You opened the door between universes. And we don’t know who or what will walk through it.” Mordo (Chiwetel Ejiofor) comes to Strange and says, “I’m sorry, Stephen. Your desecration of reality will not go unpunished,” and it looks like he will be the one to deliver Strange to the Illuminati.

In the comics, the Illuminati members are Doctor Strange, Iron Man, Black Bolt, Namor, Mr. Fantastic and Charles Xavier. The purpose of the secret group is to share information and decide how all individual groups will correspond/react.

In the trailer, we can hear Patrick Stewart’s instantly recognizable voice talking to Strange and I’m thrilled that he is playing Professor X again after all these years. From the numerous rumors we’ve been hearing, it seems we will see these characters make up the Illuminati team in the MCU, at least in one of the multiverses.

In one of the shots, there are five chairs and only two are occupied. I can’t make out the person on the right, but the one on the left looks like that could be Reed Richards. (but who the actor playing Mr. Fantastic is, only time will tell)

In the trailer, we also see a Captain Marvel variant fighting Wanda. This world’s Captain Marvel looks like it’s Maria Rambeau (Lashana Lynch). While pausing and trying to get a better look at the suit it looks like a version of Monica’s Photon suit from the comics.

This had been rumored and in addition, an IMDB stunt double’s listing also had Lynch appearing in the film. The fight between Captain Marvel and Wanda looks pretty intense, and it appears to be Maria trying to stop Wanda from getting to the Illuminati inside their headquarters.

There is also the Christine Palmer (Rachel McAdams) variant we saw in the first trailer (the bride being prime Christine). We see her twice: with Strange and America at a door and in a lab where America is being held captive in a glass cell.

I’m interested to see how this variant of Christine is going to help throughout the movie and if she is affiliated with the Illuminati. My guess is that she is since the lab looks like it is in the Illuminati’s headquarters. If they had Strange captured for messing with the multiverse, it would make sense for America to be captured too, and it could make sense for this Christine variant to help them.

The new poster has several hints about characters as well. It shows the other Strange variants and characters throughout different moments of the movie. If you look closely at the bottom right corner, a shard of glass shows Captain Carter’s shield. I feel that out of everything placed here, this is an odd “easter egg” to have. It’s easy to miss, but this confirms a Captain Carter appearance as has been rumored for some time as well.

Marvel Studios' #DoctorStrange in the Multiverse of Madness arrives only in theaters May 6. pic.twitter.com/wJHjv0HWwD

Wanda as the Villain

The most exciting part of the trailer for me was seeing Wanda (Elizabeth Olsen) again. A few moments that stuck out to me were the farm, the Westview house, and where she’s standing outside the ruined Sanctum. The farm seems to be an illusion since Strange is still wearing the same outfit when it cuts back to the red background and Wanda wearing her Scarlet Witch outfit.

Strange probably asked her to help to set things back to normal when she says, “You break the rules and become the hero. I do it and I become the enemy. That doesn’t seem fair.” Wanda is most likely fed up with being seen as the bad guy, and knows that despite helping Strange, it won’t help her image. Especially since the world and the town of Westview are left terrified of her after the events of ‘Civil War’ and ‘WandaVision.’

Speaking of Westview, Wanda goes back to the 2000s-era living room where she is face to face with a variant of herself. Looking at the background, there are two children’s scooters which could hint at Tommy and Billy returning.

The Wanda variant looks like she’ll have a few more scenes after the Westview house. There is a shot of her fighting the Captain Marvel variant and of her standing outside what looks like the Illuminati headquarters. In that shot, there is blood all over her face and shirt, which makes me think she killed Captain Marvel and a few other people who got in her way.

Lastly, there had been rumors going around that some of the scarier things that happen with Wanda in the film were “dialed back” in the reshoots. However, our Editor-In-Chief Lizzie Hill has informed us today that she heard that this rumor is not true and that Wanda’s scenes have mostly stayed the same from the original cut.

What did you think about the new trailer? Let us know in the comments or on Twitter @mycosmiccircus!