‘Doctor Strange in the Multiverse of Madness’ Trailer: A Lesson in Deception 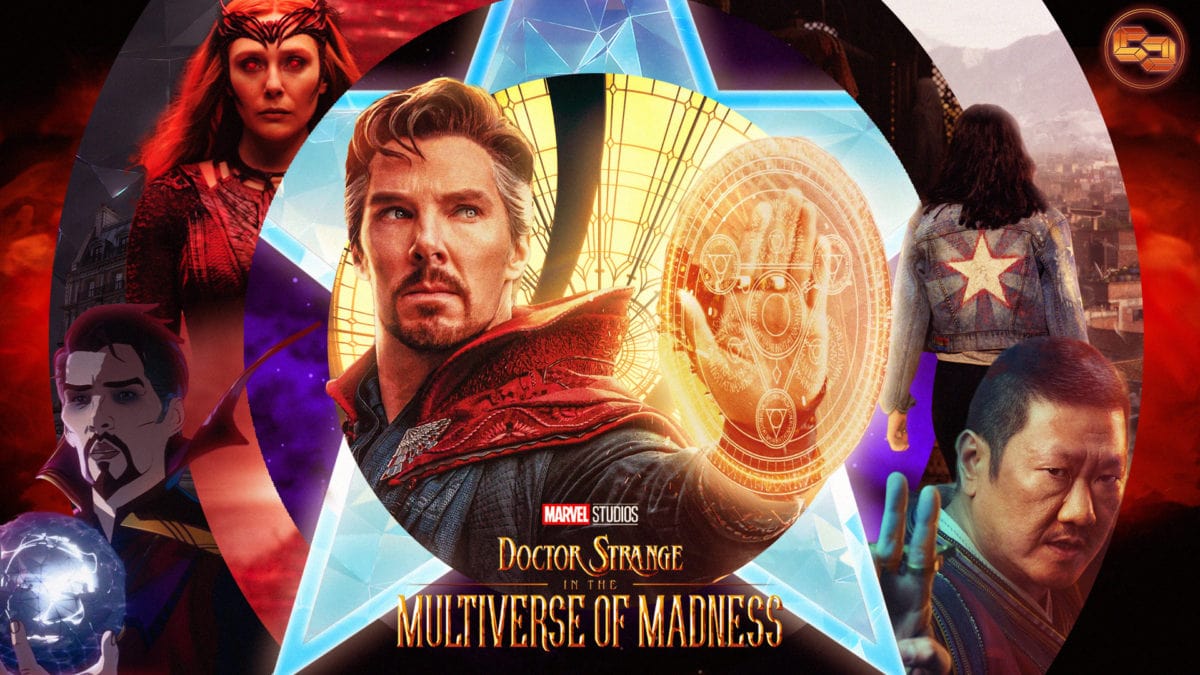 ‘Doctor Strange in the Multiverse of Madness’ Trailer: A Lesson in Deception

The trailer for Doctor Strange in the Multiverse of Madness just dropped, and Marvel fans are buzzing about the upcoming sequel. Given that the “Multiverse (of Madness) is a concept of which we know frighteningly little,” we’ve prepared a breakdown of what the trailer gave us and how Marvel Studios and Sam Raimi are treating us with their most deceitful trailer yet.

The trailer opens to a black screen with voiceovers of Wong and Strange, discussing the Multiverse during the events of Spider-Man: No Way Home. The shot fades into an altar at Kamar Taj with the candles being blown away by a strong gust of wind before cutting to black.

The trailer then introduces us to our protagonist, with a shot of Strange’s reflection in the cracked face of the watch Christine Palmer (Rachel McAdams) gifted him in the first film. This shot has two possibilities: MCU Strange contemplating his life after being invited to Christine’s Wedding or a rehash of episode 4 from What If…?

The sound of ticking clock ambients the scene as Mordo speaks, stating that someone, presumably Strange’s “desecration of reality, will not go unpunished.” That voiceover is accompanied by a shot of Strange exiting a gated area into a snowy and dark world. Strange looks around to see the world folding in on itself and withering away.

In the next shot, Doctor Strange walks up a flight of stairs that resemble the Sanctum Santorum. Note the key differences in this shot. This “Sanctum” is on a beach (look to the top right, ocean water flowing into the Sanctum along with black sand).

The staircase also has some weird statues at the base of the stairs (these statues are not in any of the Sanctum Santorum stairs). I believe this is Lovecraftian Strange’s personal reality after spending years trapped inside that orb from What If…?

The trailer gives us a brand new look at Strange’s costume, a more comic-accurate look this time around, with the logo on his chest and the Eye of Agamotto.

This is part of the fight with Gargantos, which we see later on in the trailer after he interrupts the wedding of Dr. Christine Palmer. This is followed by an aggregation of shots, including Wanda’s magic, Christine Palmer at her wedding, America Chavez at Kamar Taj, a crow cawing into the camera, and Wong being suspended as he looks onward to the individual attacking Kamar Taj.

These shots end with our first look at America Chavez’s star portal. If you notice the background behind the portal, it’s the same pocket dimension we see later in the trailer. And in the middle of the portal, we spot what is potentially one of the few Stephen Strange variants we’ll see in this film, Defender Strange.

We transition to Wanda’s secluded tiny home in the middle of nowhere. Strange visits her, and she starts by apologizing to Stephen about Westview, to which he replies that he’s not here to talk about that. He then asks her about what she knows relating to the Multiverse.

The final length of the trailer showcases multiple shots from across the film, including Strange looking onward to a pocket dimension with Chavez and Christine Palmer, Mordo and Strange talking and eventually fighting, Kamar Taj under attack by an unknown presence, shots of Scarlet Witch ominously concentrating and a shot of Strange protecting Chavez from Gargantos.)

The trailer ends with Mordo telling “Stephen” that the “greatest threat to our universe…is you” before panning to a shot of the Lovecraftian Strange variant from What If…?

Marvel Studios, Kevin Feige, and Sam Raimi should all take a bow for preparing this impeccable trailer. It sets up an ambiance unlike anything we have ever experienced before, and it is undoubtedly exciting. However, they should also be commended for the incredible lengths in trying to dupe the audience by creating an incredibly misleading trailer.

Marvel Studios has misled audiences in the past, but I don’t ever recall seeing something as deceptive as this. The way Lovecraftian Strange is presented as the main villain is such an attractive concept, especially with the introduction of Lovecraftian-Esque creatures like Gargantos and Shuma Gorath. He’d make an excellent suspect and fits the part of the villain perfectly, but ultimately, we’re all being deceived from who the true antagonist of this story really is.

This is exciting because while they want us to believe that the greatest threat to the Multiverse is Doctor Strange at face value, we can tell from the trailer that there is something far darker and sinister lying in wait for us when the film drops in May of 2022.