‘Destiny’ Has Great Potential for Film or TV Adaptation 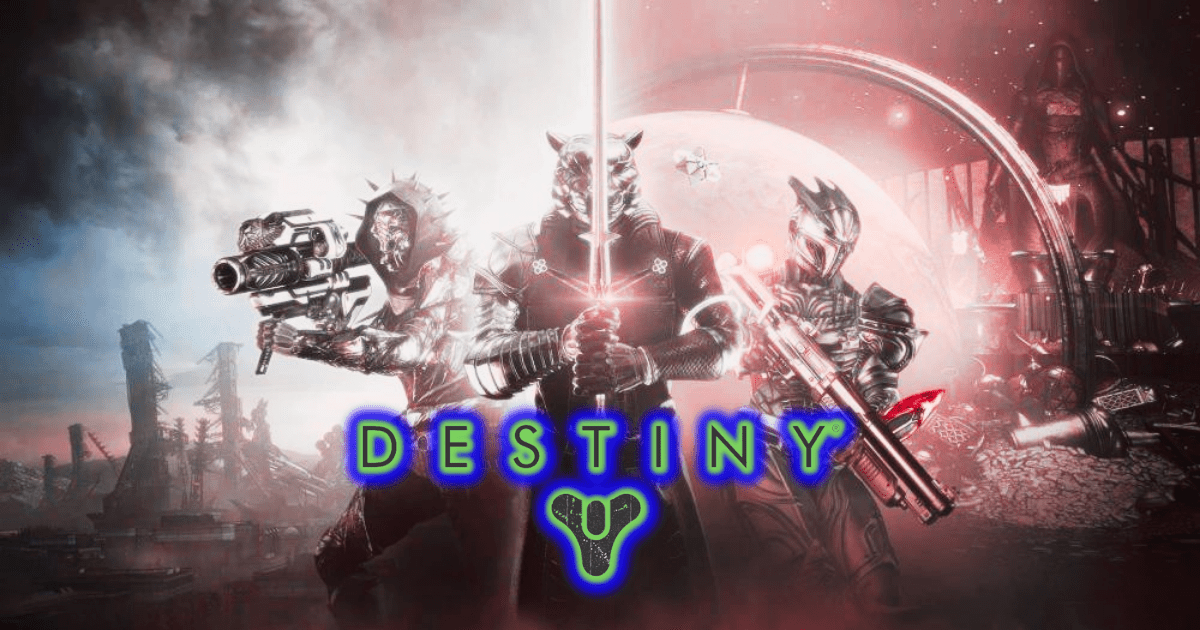 ‘Destiny’ Has Great Potential for Film or TV Adaptation

Ever since the series kicked off in 2014, Destiny has been a staple in the video game community. A series with solid and tight gameplay, and some of the most beautiful visuals you may have ever seen; there is really not much more anyone could ask for.

But as the largest cherry on top of the sweetest sundae, Destiny (and its sequel, Destiny 2) has an incredibly fascinating bunch of lore. Of course, at a time when games are being adapted regularly, that begs the question, where is the film or TV series adaptation of Destiny?

At its heart, Destiny is a story about the battle between good and evil, light and darkness. The light is represented by the player and his supporting cast, all called “Guardians.”

Infused with power from the light, the Guardians fight against the many representations of the darkness from across the galaxy: the Fallen (a species that were abandoned by the light in the past), the Vex (a collective intelligence of microorganisms who control robot bodies), and the Cabal (a militaristic group that aggressively expands across the universe).

The most compelling part of Destiny’s narrative is just how wide the scope of it is. It’s like the largest game of chess ever, with millions of moving pieces across the biggest board you’ve ever seen. So many characters, so many motivations, and so much conflict (both internal and external) to play with. I don’t think there’s ever been such a perfect steaming hot pot of potential, and I’m just waiting for someone in charge to start taking a sip.

The hardest part about video game adaptations is meeting the expectations of the fans. It’s very difficult, but Destiny might have a little bit more slack than other franchises.

We’ve already seen projects like Star Wars, Star Trek, or Joseph Kosinski’s Oblivion that greatly take from or deeply inspired the visual beauty of Destiny. The most appealing part of the game, its wonderful aesthetic, could essentially be copy-and-pasted from the game itself, if not from the projects in the same family tree.

Projects like Uncharted have to directly adapt characters like Nathan and Sully, with standards for them being unrealistically high due to the quality of the characters in the game series. Destiny could, should, and probably will (if we ever get an adaptation) have the main characters be completely original.

They could tell an original story about a group of Guardians maneuvering the war between light and darkness. A film or TV adaptation could also work to elevate the already great story.

In a video game, there are thousands of variables for everything that happens. With the game Destiny, the narrative is on a set path, and playing a mission in the campaign always ends the same way. But with the film, each and every character and event can have the newfound flexibility that comes with a film or TV show.

It’s not exactly a novel idea for a character to be conflicted and complex, but with Destiny, its translation to film or TV will only serve to bring it to the next level.

Without a doubt, Destiny is primed for an adaptation. But I’m not one to just be all business no play. So let’s play around a little bit; what could a Destiny film or TV adaptation actually look like?

I’d have 3 main characters, each one representing the different player types in the game: a Titan, a Warlock, and a Hunter. By also having them all be a part of different species, it’ll cast a broad net for more potential with the most potential storylines. Having a human, an Exo, and an Awoken be a part of the main cast, means that we can touch on stories including all 3 species with the most sincerity.

On the other hand, adapting storylines straight from the games could be a bit difficult. In the games, the unnamed Guardian you play as is the person on the front line. I think a film or series should take the opposite approach.

The army of Guardians battling the darkness seems infinite, and it’ll only make the entire war feel bigger if the characters we follow are just a small part of it. The stakes for this war are huge, with the literal existence of the universe on the line. The only way to care about that universe is to narrow our focus and make us fall in love with the people inside that universe.

While Destiny has its fair share of iconic stories (Taken King, Forsaken, Blinding Light, Witch Queen, and still more coming out), the broad idea of good versus evil allows for tons of wiggle room.

The Taken King and Witch Queen stories follow the same family, they could play a lot with that legacy in a long-term narrative. Blinding Light and Forsaken touch on the stories of the Exos and the Awoken. Those stories could be huge turning points for our characters as they question themselves and grow with each other.

Destiny adaptation not in development… yet

There is A LOT to touch on within this world! But for some reason, Destiny’s just sitting around.

There’s been a huge resurgence, and companies are snatching up every video game IP they can. God of War, The Last of Us, Horizon: Zero Dawn, Bioshock, and Uncharted are all beloved and acclaimed series with incredible stories that are practically built for film and TV adaptations.

But then you have them scraping the bottom of the barrel with stuff like Need for Speed, and somehow targeting Darren Aronofsky to direct it.

They’ve completely missed one of the most intriguing concepts in gaming. The wonderful scope and scale of this battle of good and evil, are set on some of the most beautiful battlegrounds you’ve ever seen.

Someone at Bungie needs to make a move here, otherwise, they’ll vastly fall behind while their competitors begin entire franchises.

So what do you think? Is Destiny primed for a film or TV adaptation, or is the game overhyped? Let us know in the comments or on social media!