Deadpool Meets the Avengers: What to Expect from the MCU in 2024! Deadpool Meets the Avengers: What to Expect from the MCU in 2024!

On Friday, Disney staked their claim on four 2024 release dates for Marvel Studios films. While there are no real surprises here, we can finally speculate about the MCU’s 2024 movies now that we have concrete release dates! While we don’t have a confirmed release date for every announced MCU film, there are three unclaimed 2023 dates.

Assuming that Captain America 4, Blade, and Fantastic Four release on July 28th, October 6th, and November 10th, respectively (our guess, so not official), that leaves us with a couple of interesting options for the 2024 slate.

Marvel is reclaiming their late winter release frame in 2024. While Black Panther debuted with record-breaking numbers in February 2018, we’ll be less than two years out from its sequel on February 16th, 2024. Keeping in mind which projects have already enlisted screenwriters and which Marvel franchise has also seen February success, I’d bet on Deadpool 3 taking this slot. 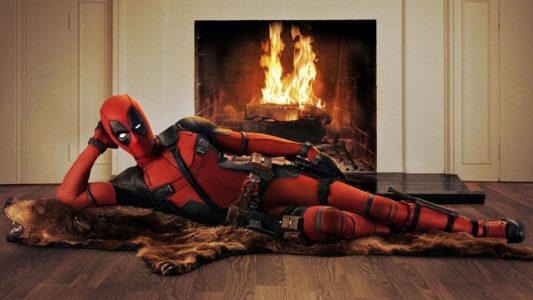 The Ryan Reynolds-led trilogy-capper recruited the Molyneux sisters of Bob’s Burgers fame back in November 2020. The first Deadpool film shattered R-rated box office records in February 2016, although Deadpool 2 became a summer release. However, there’s no reason for the franchise to not return in February. It’ll be nice to get another winter MCU movie (besides 2023’s Ant-Man and the Wasp: Quantumania) after the spring release dates in 2019 and 2022.

Although it seems a bit early for another Avengers movie, I wouldn’t be surprised to see Avengers 5 release in May 2024. Marvel’s been moving the chess pieces into place for a grand multiversal saga and as a result, Secret Wars has been an idea on everyone’s mind. Jim Shooter, the writer of the original 1984-1985 comic series, recently spoke about a complicated contract for a Secret Wars novel. According to him, it seemed like Marvel was legally covering themselves for a possible film based on the story. We’ve got more evidence for another Avengers film getting off the ground thanks to The Wall Street Journal. In a recent article about Black Widow star Scarlett Johansson’s pending lawsuit against Disney, it was mentioned that Joe and Anthony Russo have hit an “impasse” in negotiating a potential return to Marvel Studios. The acclaimed Avengers: Endgame directing duo have previously stated that they’d basically only return for a Secret Wars film, but are reportedly concerned over how their film would be distributed thanks to Disney’s handling of the Black Widow situation.

Looking at recent hires, Marvel seems to secure directors two to three years before the film’s intended release date. Chloé Zhao was hired for Eternals in September 2018 (originally a November 2020 release) and Peyton Reed in November 2019 for Ant-Man and the Wasp: Quantumania (originally a July 2022 release). A late 2021 hire for the Russo brothers (2.5 years before release) would fit right in with this time frame. Avengers: Secret Wars does have a nice ring to it, doesn’t it?

Now we reach the hard part. There are no MCU films officially in development past Captain America 4 at the moment, according to Marvel Studios themselves and Hollywood trades. Regardless, I think July 26th, 2024 would be a perfect time for an MCU sequel film. Shang-Chi 2 would be a great summer movie especially if it’s coming off of his official introduction to the Avengers. Spider-Man 4 is another possibility, as it could bring the Spidey franchise back to a July release after Spider-Man: No Way Home had to take a Christmas one. While the turnaround on Spider-Man movies is usually two years, making a sequel in less than two seems impossible. 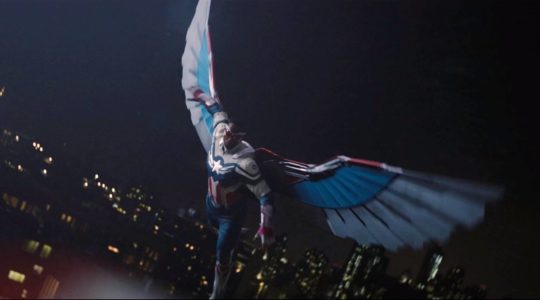 Alternatively, if Captain America 4 doesn’t release in July 2023, I think it could fit here as well. A July release would bring the franchise back to the debut window of the MCU’s first Captain America back in July 2011. Malcolm Spellman was hired to write the movie back in April, hot off the heels of The Falcon and the Winter Soldier, but no director has been announced yet. Not much else is known about this movie, though. Anthony Mackie has secured a deal to return but everyone else’s futures are still up in the air. Will Sebastian Stan, Wyatt Russell, and Emily VanCamp return as Bucky Barnes, John Walker / U.S. Agent, and Sharon Carter / Power Broker? I’m sure Cap 4 will knock our socks off, but it’s still a ways away, whether it comes in 2023 or 2024. Marvel could also surprise us by releasing the film in February 2024 for all we know. It is Black History Month and Black Panther saw great success with its mid-February 2018 release date. Sam Wilson could easily follow suit!

While it’s a shot in the dark, there are several possible options for the November 8th, 2024 film. A sequel to a 2021 movie is one option given the three to four-year release window between MCU sequels. Shang-Chi 2 or Eternals 2 could easily debut here, but there is another unlikely choice. Although there’s been no word on a sequel yet, Black Widow 2 could take this slot with Florence Pugh’s Yelena Belova stepping into the spotlight. With the Thor and Captain America franchises continuing beyond trilogies, Iron Man 4 might be in development as well – since Armor Wars could always position War Machine to take up Tony Stark’s mantle with Ironheart and Rescue at his side. 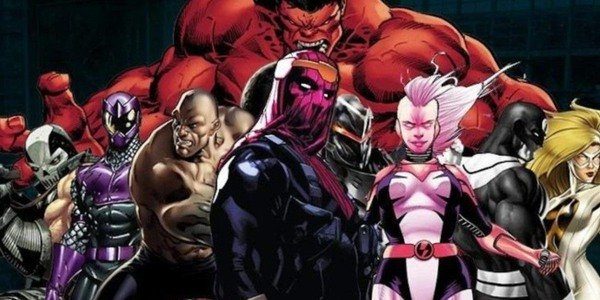 Switching gears to new properties, it might be time to put the spotlight on villains. Thunderbolts has been rumored to be in development for quite some time, but if Val is building a different team, perhaps the Dark Avengers could assemble in fall 2024. As for new heroes, we’ve still got an upcoming Young Avengers project too. While it seems unlikely to release two Avengers movies in one year, it’s still a distinct possibility. An A-Force movie would also be a great choice for November 2024, coming two years after The Marvels, our first female superhero team-up movie from Marvel Studios. Finally, a mutants-led film is also in development and could be ready for this date.

I wouldn’t be surprised to see Young Avengers come to life as a Disney+ project instead of a theatrical release and everything else is pure speculation. While we know a mutants movie is in development, there’s been no official information on it since July 2019. Out of all the potential films, I think the most likely one is Thunderbolts given the longstanding rumors and Julia Louis-Dreyfus taking on a bigger role in the MCU. The MCU will be 16 years old in 2024 – I think it’s high time supervillains get their chance to shine.

The Beginning of Phase Five?

One big question about the 2024 dates remains: what phase will these films be part of? At the time of its announcement at the 2019 SDCC, Phase Four consisted of 10 projects spanning two years. While it seemed like a very short phase at the time, the number of films and Disney+ series was comparable to the 12 films in Phase Three. However, projects announced after that event also appear to be part of Phase Four, including Ms. Marvel, She-Hulk, Moon Knight, Black Panther: Wakanda Forever, Secret Invasion, The Marvels, and several more. Right now, Phase Four appears to consist of 11 films and 13 Disney+ series, not counting Blade, Captain America 4, and future seasons of Loki and What If…?, which do not have release windows.

It seems strange that Phase Four wouldn’t conclude with at least one massive crossover film. Each previous phase ended with an Avengers movie as its last installment or second-to-last. I expect the 2024 films to be part of Phase Four for this reason, as it would also make the phase four years long like Phase Three. However, this would also make Phase Four much, much longer, story-wise, than any previous one. Assuming Marvel Studios continues with five Disney+ series in 2023 and 2024, Phase Four would then consist of 33 total projects, nearly thrice as many as Phase Three.

I can’t see one leg of the MCU being quite so expansive, which is why I think Marvel will end Phase Four sometime in 2023. Guardians of the Galaxy Vol. 3 was originally intended to kick off Phase Four. While it may be awkward to end a phase in the middle of the calendar year, I wouldn’t be surprised if Phase Four concludes with Ant-Man and the Wasp: Quantumania (or a subsequent Disney+ series) and Phase Five kicks off with Guardians Vol. 3. Alternatively, Phase Four could end with the proposed Avengers 5 in May 2024. Either way, it seems like we’re in for one hell of a ride in 2023 and beyond!