David Tennant and Catherine Tate Confirmed for ‘Doctor Who’ Return 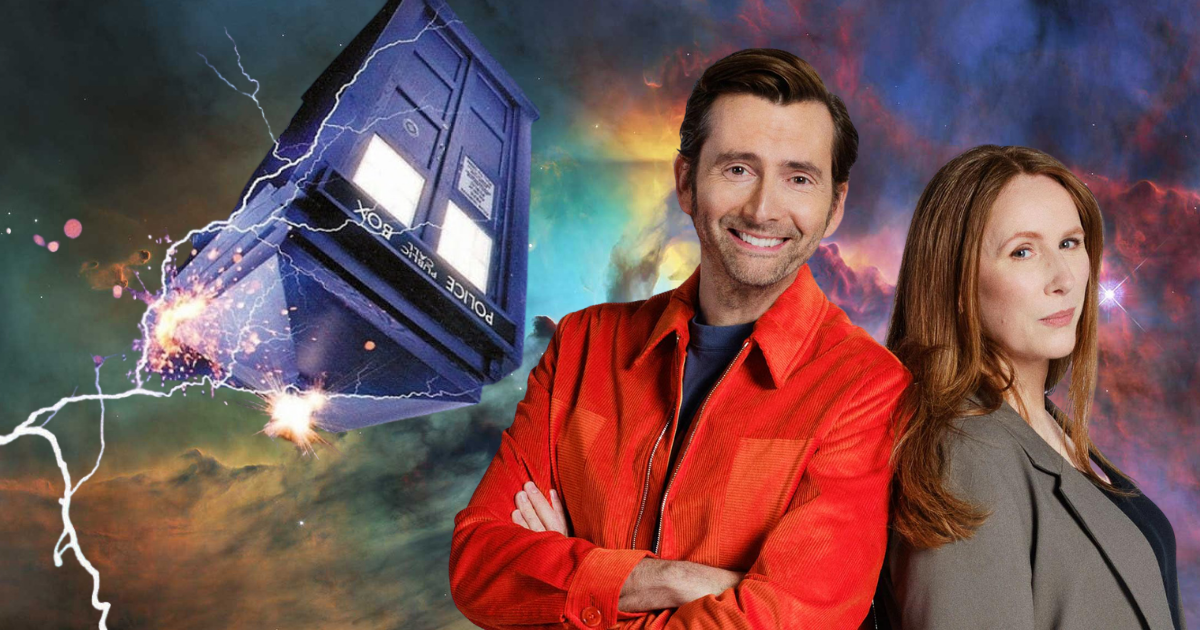 David Tennant and Catherine Tate Confirmed for ‘Doctor Who’ Return

Last week, news broke from across the pond about the newest addition to the Doctor Who team! Ncuti Gatwa was announced as the Fourteenth Doctor talking over for Jodie Whittaker who exits later this year. While that news was absolutely fantastic, rumors from earlier in the year about a return for David Tennant and Catherine Tate seemed to be wrong. Gatwa is a solid choice to carry the torch, but the idea of seeing Ten and Donna return once more under the guidance of Russell T. Davies was beyond exciting. Well, someone must have been looking at my Christmas list, because Sunday afternoon fans of Doctor Who got a huge announcement!

Announced via the official Doctor Who Twitter account, David Tennant and Catherine Tate are set to return for the 60th-anniversary special! I’ll give you a moment to collect your jaw off the ground. All set? Okay good. Check out the tweet before we move on!

They're back! David Tennant and Catherine Tate return to Doctor Who ❤️❤️➕🔷 #DoctorWho

Not only did we get an announcement about their return, but it was accompanied by a photo of both actors reminiscent of an early publicity shot from their original run on Doctor Who. The two photos alone brought tears to my eyes, because never in my wildest dreams did I think we would see both Tennant and Tate on the screen once more under the Doctor Who banner, especially after the Fourteenth Doctor announcement.

The report didn’t indicate if the duo was returning for a series of specials like early rumors we reported on. However, it indicated that both were filming scenes that are supposed to air in 2023, coinciding with the 60th-anniversary celebration. In a statement from returning showrunner Davies, he had the following remarks to say about their seemingly miraculous return.

“They’re back! And it looks impossible – first, we announce a new Doctor, and then an old Doctor, along with the wonderful Donna, what on earth is happening? Maybe this is a missing story. Or a parallel world. Or a dream, or a trick, or a flashback. The only thing I can confirm is that it’s going to be spectacular, as two of our greatest stars reunite for the battle of a lifetime.”

Davies gives us many theories about how they could possibly return, though, for fans of the show, some of the possibilities spell disaster for one of the two returning stars.

How will Tennant and Tate return to Doctor Who?

How is it possible for these two to return to Doctor Who? For Tennant, it seems pretty simple. He’s a Time Lord, the tenth incarnation of an alien who travels through time and space. Time doesn’t work the same way for someone with a time machine and can regenerate instead of dying. We’ve seen Tennant return to the series before in the 50th anniversary alongside Matt Smith and, at the time, future Doctor Peter Capaldi.

Catherine Tate’s Donna Noble, on the other hand, I’m not sure. Her story ended a bit more tragically back in 2008. Having absorbed more Time Lord knowledge than her brain could take, she had her mind wiped by the Doctor. Whisking her back home to her grandfather and mother, the Doctor informs them that Donna can never remember her time on the TARDIS, otherwise, she will die.

With over a decade between her last appearance on the show and now, my hope is that they won’t bring Donna back just to have her remember and die. That sounds like a story that would be better left untouched. However, if they brought her back in a continuation of her story where the Doctor is able to save her and allow her to retain her memories, that would be a more satisfying ending for the fan-favorite companion.

Davies’s statement about parallel worlds, flashbacks, or missing stories may provide a glimpse of how they return. Although with such a large time gap, throwing these characters into a story that fits within the time frame of their original run seems unlikely.

However, the parallel earth may align with the reappearance of another companion, Rose Tyler. Billie Piper has returned to Doctor Who quite a few times, so it seems entirely possible that we could see her back once more as the Doctor’s first romantic interest in NuWho. Does anyone have Billie Piper’s phone number? I have some questions.

So what do you think? Are you excited to see David Tennant and Catherine Tate return to Doctor Who? Let us know over on Twitter!