Famously pitched as a sitcom within the Marvel Comics universe, Damage Control was the first Marvel series from legendary writer Dwayne McDuffie. The hilarious comics follow the misadventures of a clean-up crew in the Marvel universe.

Although they’ve had relatively few appearances in the comics, the concept was rich enough to nearly become a TV series on ABC before eventually making on-screen appearances in the Spider-Man: Home trilogy, Ms. Marvel, and She-Hulk later this summer. Here are the essential comics you need to get started:

The Department of Damage Control currently appears to have a major role in the ongoing first season of Ms. Marvel, possibly based on K.I.N.D. from G. Willow Wilson’s Ms. Marvel: Mecca and C.R.A.D.L.E. from Outlawed. How does it all connect? Read on to find out more!

When the super heroes need help, they call…

Written as three 4-issue mini-series between the late 80s and early 90s, Dwayne McDuffie’s Damage Control is the core source material for all Damage Control content. McDuffie also wrote two prologues prior to the first mini, published in Marvel Age Annual #4 and Marvel Comics Presents #19. But as promising as this start was, Damage Control quickly faded into obscurity after McDuffie’s tenure. 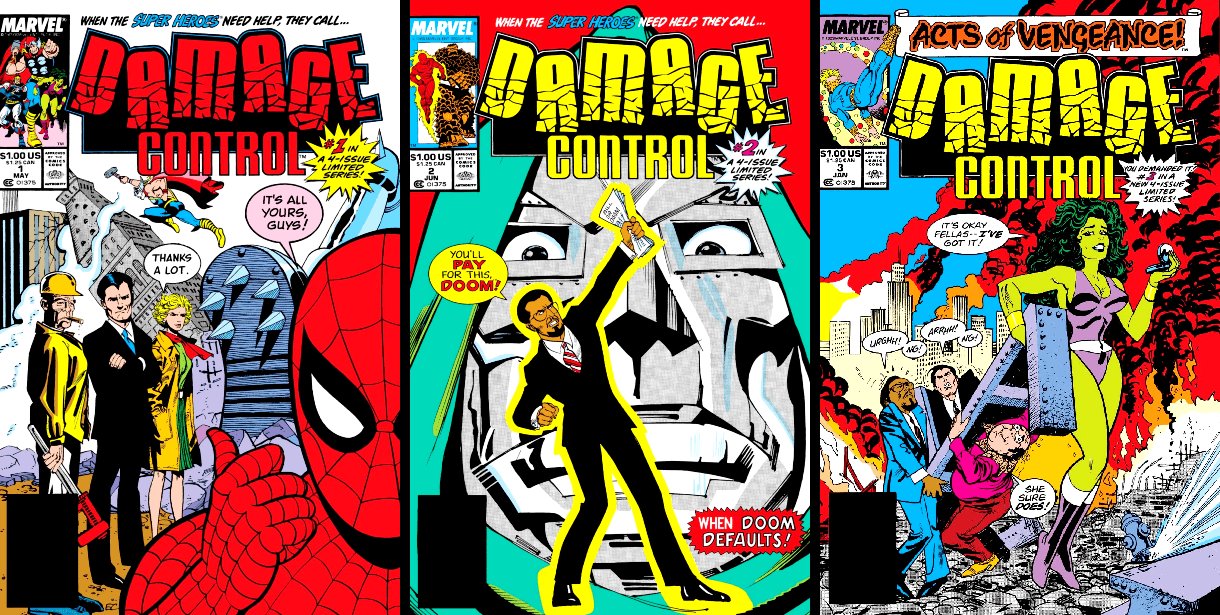 Damage Control continued to blossom in the late 2010s with a number of video game appearances as well as their live-action debut with Jon Watts’ Spider-Man trilogy in the MCU. In the comics, Damage Control even spread to stories featuring Doctor Strange, the X-Men, and Jane Foster’s Valkyrie. Marvel is pushing Damage Control so hard that an all-new five-issue Damage Control series is starting this August, the longest run in the history of the group! The comic run will also star Moon Knight, She-Hulk, Nightcrawler, Ghost Rider, and Quicksilver.

Back in the MCU, we have already seen Damage Control appear in the first episode of Ms. Marvel, and we expect them to play a major part in the rest of the series. Based on set photos, it has been speculated that Damage Control was originally named “N.I.C.E.” in the show. While we don’t know anything specific about N.I.C.E. yet, they appear to share some parallels with two organizations from the comics: a “law-and-order” group called K.I.N.D. (Keepers of Integration, Normalization and Deference) and an anti-teen-hero group called C.R.A.D.L.E. (Child Hero Reconnaissance and Disruption Law Enforcement).

During the famous Ms. Marvel: Mecca comics arc, K.I.N.D. interrupts Kamala’s Eid Al-Adha celebration looking for superpowered individuals, which is exactly what Damage Control does in Ms. Marvel episode 2. K.I.N.D. was never fleshed out past this arc in the comics, leaving lots of room for creative reinterpretation in the MCU. Additionally, during the Outlawed crossover event, C.R.A.D.L.E. began profiling heroes similarly to how Damage Control does in the show. Could Ms. Marvel’s version of Damage Control be based on K.I.N.D. or C.R.A.D.L.E. from the comics? What could this mean going forward? Check out the comics to find out! 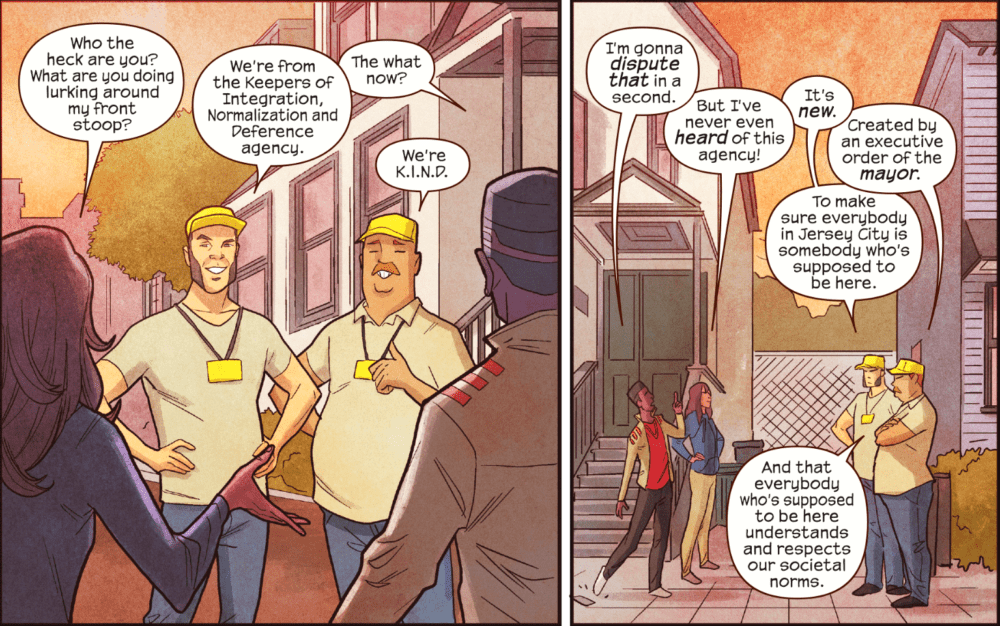 And that’s everything about Damage Control! Are you excited to see them play a bigger role in the MCU? What are your theories about Damage Control in Ms. Marvel? Let me know on Twitter @vinwriteswords and remember to follow the site @MyCosmicCircus for more about comics clues about upcoming Marvel projects! 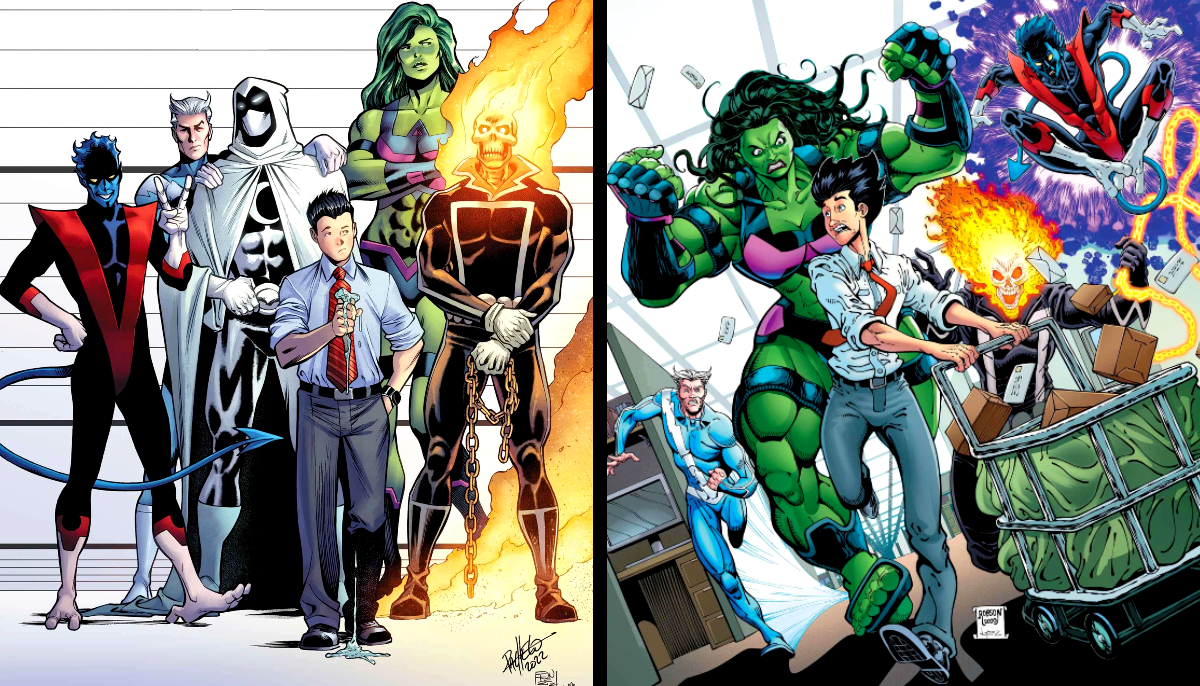 Be sure to check out our other reading guides, including Ms. Marvel and She-Hulk! 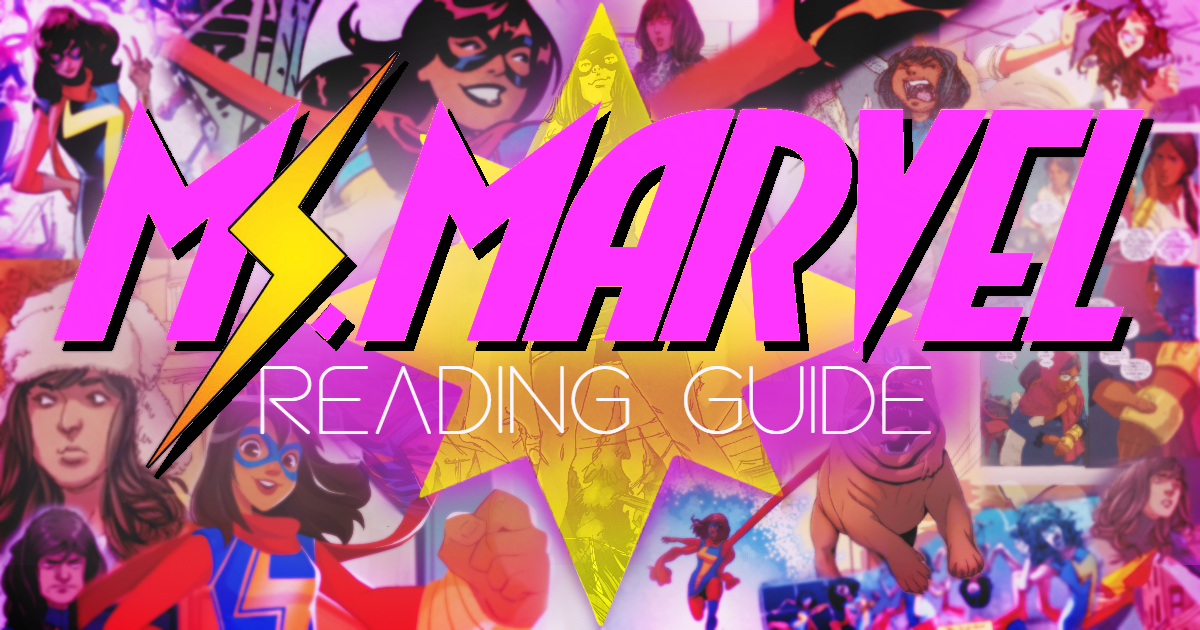 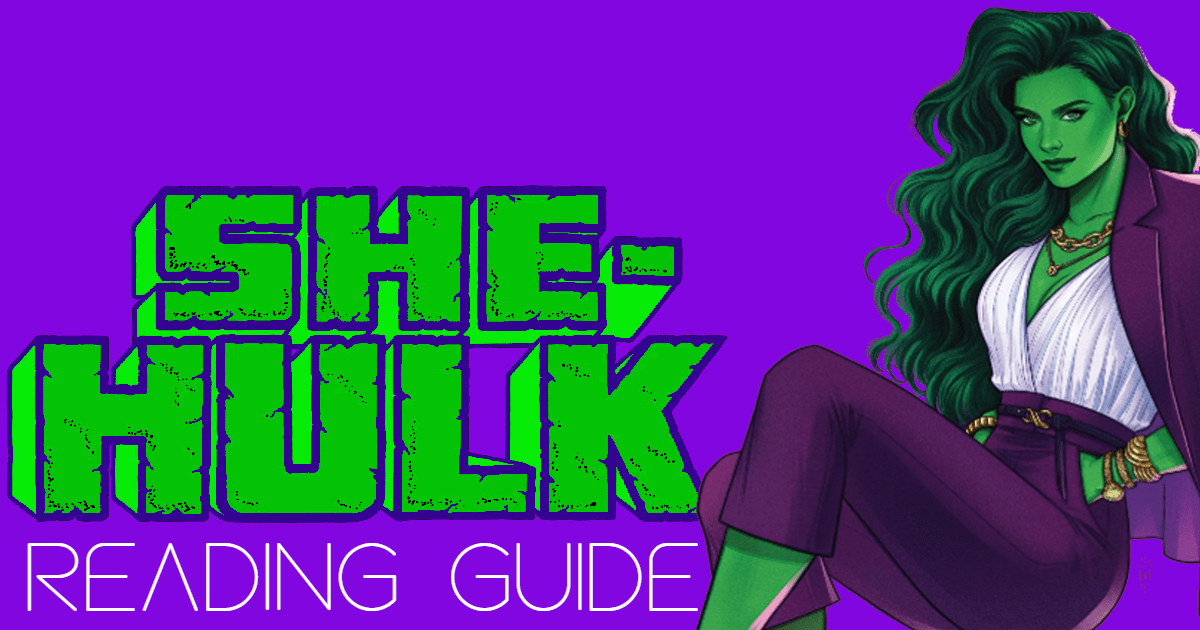