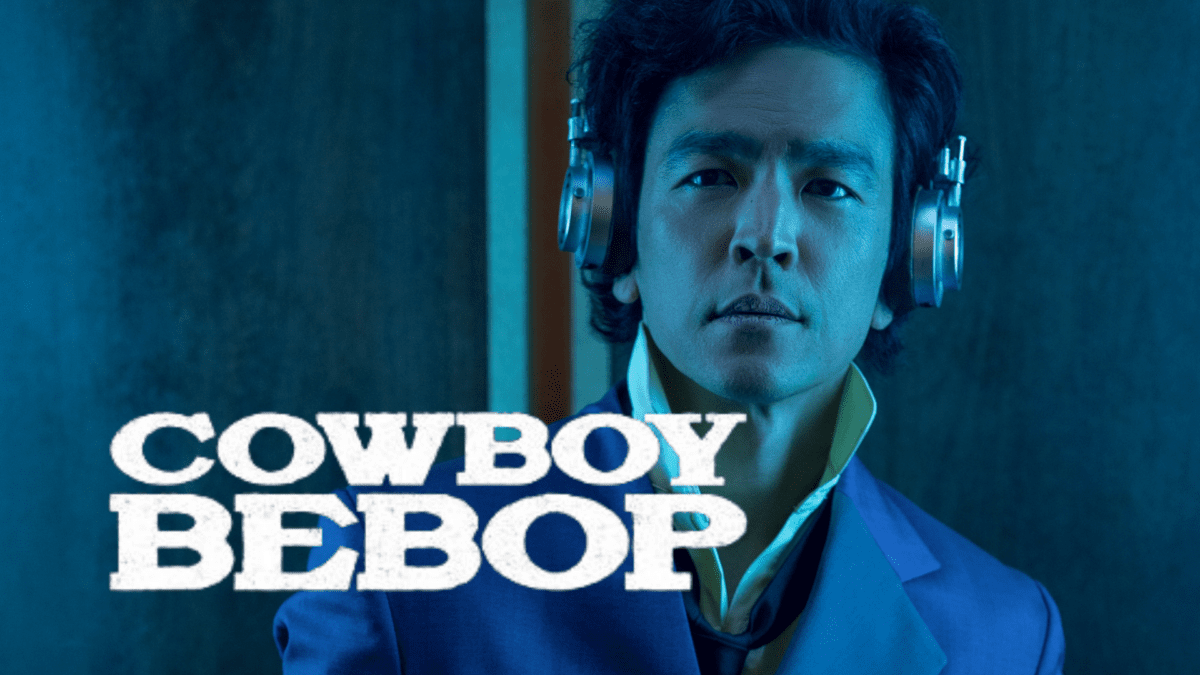 Earlier today, Netflix finally released more information regarding the live-action adaptation of the hit anime Cowboy Bebop. This information comes on the heels of the first look released by the streamer earlier this year during their inaugural Geeked Week, which officially confirmed that the original show’s composer (Yoko Kanno) would be returning to compose the music for the new series. Since then, not much more had been revealed until today when Netflix rolled out the red carpet for long-awaited series. The date is officially set and you can catch Cowboy Bebop when it debuts on Netflix on November 19th.

The news also comes alongside some new images of the three leads, all dressed in their futuristic jazzy garb. John Cho, sporting the incredibly cool suit and haircut that fans of Spike know so well (and wearing it incredibly well I might add). Mustafa Shakir can be seen wearing Jet Black’s iconic robot arm and facial scars. Tagging along almost certainly against the boy’s will is the beautiful Faye Valentine in her yellow top, played by Daniella Pineda. Gleefully leading the pack is the best boy in the whole galaxy — Ein — the prettiest little corgi ever.

There was an assortment of other images released. Most of them still focused on our three leads but also featuring some little teasers of environments familiar to fans. A couple of images of Spike inside the Bebop — training and sitting in the commons area, probably looking disappointedly at some beef and peppers (without the beef) — and also an image of Spike covered in blood and walking through a church, undoubtedly giving some fans a harrowing look at the event that shaped Spike into who he is.

I have to do some mental gymnastics and be sure to remind myself that these are only stills. While I think they nailed the look of the characters, official stills always have a look about them that seems cheap and fake. But when we see the show and the way they use the camera and get to see these environments and characters in action, I’m sure all of my worries will fade away into jazz-themed obliviousness.

The cast of the show is rounded out by some notably familiar characters that the show is bringing into live-action: Alex Hassell as Vicious, Elena Satine as Julia, and Mason Alexander Park as Gren. Three characters that sit square in the middle of some of the most important stories and episodes in the original series, and will almost certainly have a large part to play in this season of the show.

But there is something that gets my gears turning: Where’s Ed? Even for those of you who haven’t seen the show, if you’ve ever seen pictures of Cowboy Bebop you’ve probably seen a little red-headed girl with goggles alongside the rest of the crew. Well, she doesn’t technically join the show until episode 9, about a third of the way through. So it makes sense that they would maybe spend a season without her, and you could avoid the issue of having an aging actress that ages out of the role by season 2.

But it does raise some questions about the narrative path of the season. Gren’s story doesn’t occur until the 12th and 13th episodes of the show when Ed is already in the mix. But maybe they’ve restructured the series to allow for season 1 to not include Ed, and to end on the conclusion of Gren’s appearance — which would certainly make for a fantastic season finale.

If there is one thing that I can hope for with the upcoming adaptation, it’s original stories. Something that most adaptations struggle with is the question: “why would I watch this new thing when I could watch that old thing?” Usually, the answer is as paper-thin as “well this thing is live-action and the other one isn’t.” But if Cowboy Bebop wants to avoid that comparison and stand on its own, they should just tell new stories inside the universe and with the characters of the original Cowboy Bebop show.

I wouldn’t mind if they used elements from the original show to form the rest of the episodes around, because some episodes are certainly important for the development of characters and the overall story. But for every episode that has critical and foundational importance, there are two or three episodes that are self-contained stories about the characters of the show just having an adventure. I would hope that the creators of the show are smart enough to not just remake the original series shot for shot, and just let the viewers have a little bit of fun. Hopefully, they’ll answer the question “why shouldn’t I just rewatch the other one,” because, with this cast, they have all the cards for a winning hand. I just hope they can execute.