Could Sabrina Spellman’s return in ‘Riverdale’ Lead to a Reboot? 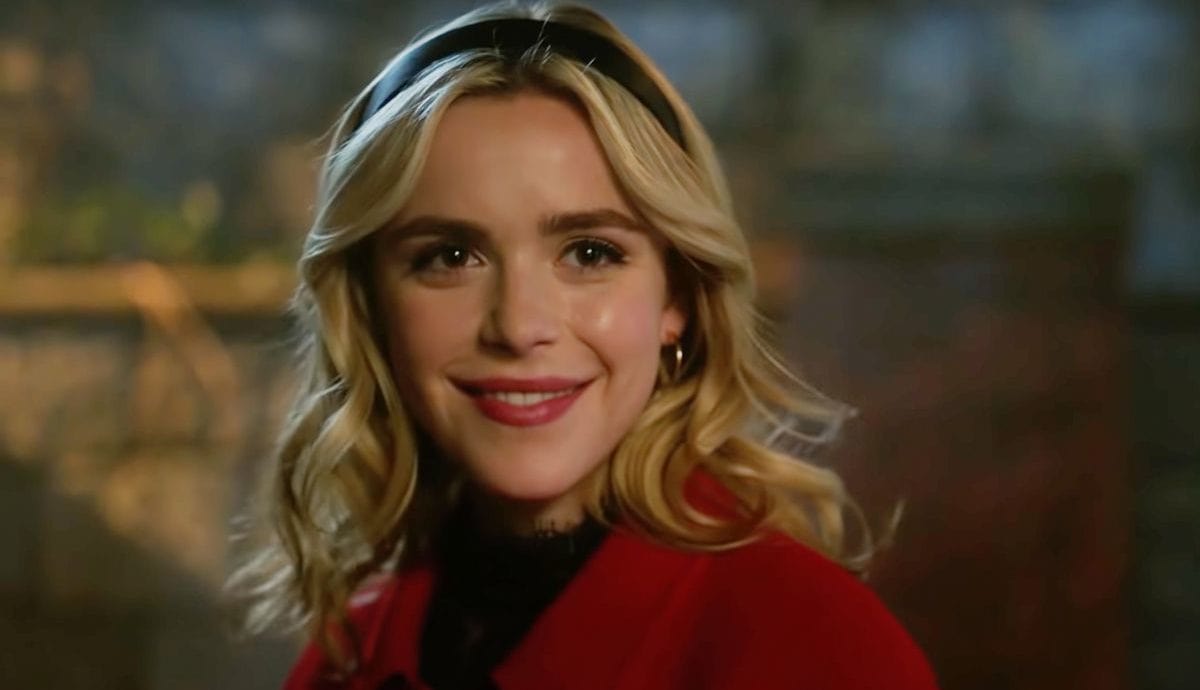 Could Sabrina Spellman’s return in ‘Riverdale’ Lead to a Reboot?

It seemed like Sabrina Spellman’s (Kiernan Shipka) journey was over when The Chilling Adventures of Sabrina was canceled by Netflix. A sentiment that was reflected in the final moments of Part 4. That was until Shipka was announced to return as Sabrina in a five-part event to kick off Riverdale’s sixth season. Could it be possible that her return means a revival is somewhere on the horizon?

When Shipka’s return was announced, with a trailer for the event, I wondered how Sabrina returns. For a quick refresher, our favorite teenage witch dies on an altar and ends up in her personal version of heaven. While the ending left much to be desired, at least for me, it felt extremely final. Sure, in a show about magic anything is possible. But even the witches within the show seemed to think there was no reversing it. We may not know the how, but the fact is that she is returning to Riverdale. This may indicate that there is new life in this canceled witch.

In the trailer, fans only got a quick flash of her blonde hair and red cloak towards the end. Sabrina’s look has Red Riding Hood vibes. She looks happy, healthy, and definitely alive. Her hair’s color resembles more of the natural golden blonde locks from the first season. Instead of the platinum blonde hair that she was known for in parts two through four.

It’s interesting to note as well that in the trailer, Veronica Lodge (Camila Mendes) and Reggie Mantle (Charles Melton) are having a conversation about a man. One both believe is “the Devil”. However, it is not the Devil/Lucifer from The Chilling Adventures of Sabrina, played by Luke Cook. Could this mean that Sabrina Spellman and her father Lucifer are a different version than the ones we saw in the Netflix series? It is totally possible. Though on both Riverdale and Chilling Adventures of Sabrina, there have already been minor crossovers. Ones that establish that both shows exist in the same world.

Instead, a continuation of some sort from the conclusion of Chilling Adventures seems more plausible. Especially when you factor in that showrunner Roberto Aguirre Sacasa stated that plans and ideas for part five were already in place and that it would have crossed over with Riverdale.

Thank you for all the love, #sabrinanetflix fans. Part Four is our best yet and Part Five, “Witch War,” would’ve been AMAZING. To be continued in the pages of #CAOS comic book… 💔🔮☠️🍔👨🏻‍💻 pic.twitter.com/wNvTfxYNfX

In a tweet from July 9, Sacasa started that part five would have been titled “Witch War”. While the story wouldn’t be developed for screen, he indicated that it would continue in The Chilling Adventures of Sabrina comic book. The picture reads “The Witches of Riverdale are coming” with Riverdale in a similar font to that of the show. The comic has not been released yet, but from the way Riverdale ended season five and the trailer for season six the witches of Riverdale are coming indeed. By reintroducing Sabrina Spellman to a larger group of people, who many haven’t seen the Netflix show, would be a smart way to pave the way for a revival or reboot of some sort.

Be it on the CW, which was supposed to be its original home, like many shows such as Supergirl and Stargirl have found refugee. Or even on HBOmax as a way to draw viewers to their platform. This crossover is about to show you just have chilling and exciting Sabrina Spellman can be.

Riverdale’s five-part event begins November 16, only on The CW!