If I were to ask you to think about Star Wars, what comes to mind? Is it the epic lightsaber fights, with the loud hums from the bright, colorful, plasma blades? Or is it the operatic story spanning decades about the Jedi attempting to balance the force, stopping those with ill intentions?

I know you hear the incredible score by John Williams in your head when the Star Wars logo appears on your screen. However, how often do you think of the trauma inflicted on the galaxy by the Skywalkers and their space opera tale? Across the nine films in the Skywalker saga, we see this family continuously throwing the universe into chaos because of anger and unresolved trauma, and grief.

Starting with Anakin Skywalker (Hayden Christensen), ruled by his anger and motivated by the perceived loss of his wife and child, life changed quickly for the galaxy long ago and far far away. One of the most exciting aspects of Obi-Wan Kenobi, the newest Star Wars show on Disney+, is how every one of the characters is handling the trauma from the events of Revenge of the Sith. Every single individual took it differently, which provides fantastic case studies of trauma and survivors’ guilt.

[Warning: Spoilers from Obi-Wan Kenobi are below! Continue at your own risk!]

Obi-Wan Kenobi (Ewan McGregor) gave us the best look at his response to order 66. The Jedi Master lost the most out of any of the characters in this series.

He lost the Jedi order, a group that he dedicated his life to, and the loss of all of his friends and the young Jedi at the hands of the Sith enacts a heavy toll on him. The death of Padme (Natalie Portman) pushes him into a life of stress and anxiety as he watches over Luke Skywalker, like an always-present ghost in this child’s life. But perhaps the biggest loss and mark on Obi-Wan’s conscience is watching Anakin descend into the dark side.

All of these events happen in quick succession prior to the beginning of Obi-Wan Kenobi, which picks up ten years after order 66. Obi-Wan kept his promise to protect Luke, however, he has become a shell of his former self.

Partially due out of necessity to stay hidden because Jedi are hunted and killed, Obi-Wan is living the life of a desert meat factory worker and living in a cave by himself. He hasn’t handled a lightsaber in years and has lost touch with the Force. He’s living his life in fear and sadness over losing everything in the prequel films.

At the beginning of the series, Obi-Wan appears cold, shown in the way he turns his back on his fellow Jedi. There is a part of him who is running away from the trauma, but also angry at himself for being one of the last Jedi left in existence.

He exhibits overwhelming grief at the fall of the Jedi order and is also unable to bring himself to do anything to right the wrongs. His response to the trauma is to become frozen, replaying the events over and over in his head.

One of the best journeys we see in Obi-Wan Kenobi is that of the titular character dealing with his survivor’s guilt. The show acknowledges that the process of overcoming any trauma takes time and isn’t all at once. Obi-Wan isn’t instantaneously connected with the force again but instead builds up his powers as he starts to find himself once more.

By the end, Obi-Wan has completely dealt with the events that pushed him into hiding, resulting in him finally being at peace with himself. This journey was exceptional to see in nerd culture because mental health issues aren’t always discussed in high fantasy material.

As one of the two main villains of the story, Anakin Skywalker/Darth Vader’s trauma was still front and center. Believing he lost his love and his children, Vader is shown angrier than we have ever seen him. Lord Vader also has never recovered from Ashoka leaving the Jedi in The Clone Wars. It was the initial pain that made the thought of losing Padme an anxiety, ultimately pushing him more to the Dark side.

Plenty of times throughout the series we see Darth Vader attacking people left and right. Force choking seems to be one of the Sith Lord’s newest hobbies, using the force to do that and throwing people in almost every other scene.

This is not the same Darth Vader we see in the original trilogy, who appears to have just a bit more restraint on his anger. Almost a decade separating himself from the loss of Padme wasn’t long enough to reduce his anger, which is why he is still so susceptible to the Dark side.

There is an intensity to him, which he uses to make the world pay for his sadness. Where Obi-Wan turns his trauma internally, Darth Vader pushes his emotions outwards to the universe. Lashing out as a trauma response can be common because as individuals we want the world to feel as horrible as we do.

It’s also an immature response to going through a traumatic event. Making others miserable doesn’t make the individual feel any better. From what we know of Vader, it takes him quite a few more years to finally face the trauma head-on and right the wrongs he committed.

Reva, played by Moses Ingram, has one of the most unique trauma stories out of any of the characters in Obi-Wan Kenobi. She was a young Jedi who, like Obi-Wan, lost everything in Order 66. However, the experience of loss was vastly different from Obi-Wan.

For starters, Reva was a child when she watched all of her friends (also children) brutally murdered by Anakin Skywalker. She only survived by pretending to be dead, lying amongst the bodies of her friends. The parallels of her trauma to those children who survived school shootings are apparent.

Obi-Wan was only present for the loss of Anakin, a loss that he was personally responsible for. He didn’t witness the slaughter of hundreds of individuals, his trauma in that aspect was second-hand. Reva’s was first-hand trauma, happening in real-time, which was used to fuel the anger she felt, pushing her mission to get revenge. Her response was similar to playing a game of chess. Sometimes you move pieces delicately and other times you throw your pawn at the king.

What I loved about this is that Reva’s journey showcases that trauma is complex, there isn’t always just one layer. Sometimes you have just a layer of anger or sadness, but other times you have a many-layered response, which makes Reva seem more human. It’s also incredibly human to want revenge, however perhaps not the healthiest response to seek it out.

Indira Varma’s Tala Durith trauma resulted not from Order 66, but from her disillusionment with the Galatic Empire. Tala began her journey as a recruit for the galactic government and became an Imperial officer.

On a mission to round up people who didn’t pay their taxes, Tala watched the Inquisitor murder families with children. This first-hand traumatic experience broke her, pushing her to start working with the Anti-Imperial network known as “The Path”.

Her traumatic experience didn’t cause her to run away or freeze up, but instead to fight. Like Reva, she used the event as a motivator that influenced the rest of her life.

Unlike Reva though, instead of being motivated for revenge, Tala was motivated to make a positive change. Her goal was to help those sought by the Empire, moving them through The Path to safety. This response is positive in that she didn’t allow her life to become stuck because of the trauma but instead decided to make the universe a better place. However, this response was also risky, because it put her into the line of fire.

What Obi-Wan Kenobi did as a series was provide excellent examples of how individuals respond to trauma and grief. Every character’s response is a real response I would see in a therapeutic setting, which is not something always seen in fantasy media.

I am glad that we can finally have these conversations about mental health in ways that make approaching the topic easier. Kenobi also showed that healing can occur if we allow ourselves the space and grace to do so.

For more thoughts about Obi-Wan Kenobi, check out Emily’s amazing review of the finale and Drew’s incredible series review. And as always, let us know your thoughts over on Twitter! 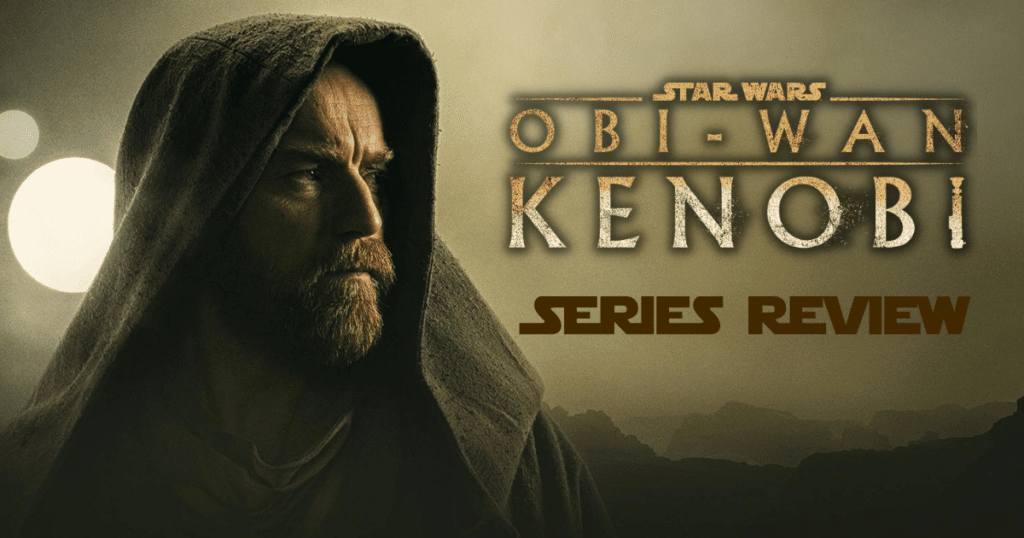