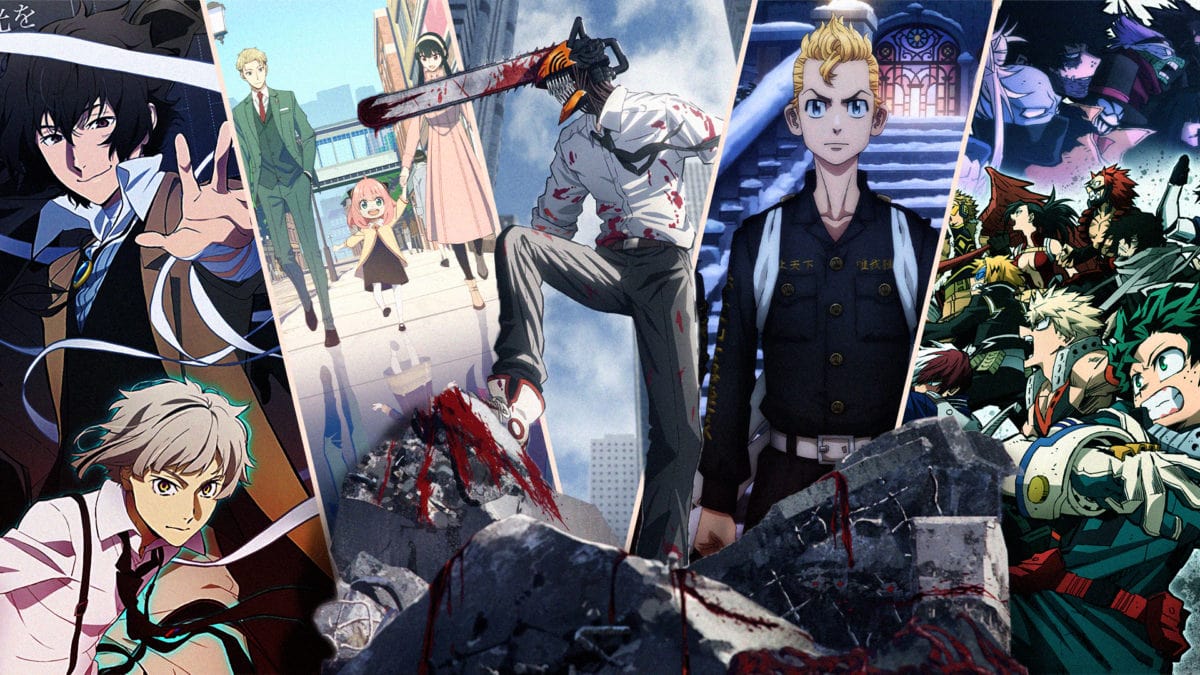 Just as how the superhero and sci-fi genres are pillars of pop culture, anime has garnered attention over the last decades. Each year, more and more studios adapt mangas into anime shows, increasing the target audience of anime viewers. First, it garners attention in Japan, gaining popularity in the West and eventually worldwide admiration.

Anime can vary in a spectrum of sub-genres, ranging from action, drama, comedy, horror, and fantasy. There’s a lot out there, and it can be hard for someone new to it to know where to jump in. With that in mind, in today’s article, I’ll list the upcoming series I’m keeping for my top animes to watch this year and the next.

My Hero Academia‘s sixth season is expected to premiere on October 1st. This season will cover the “Paranormal Liberation War” Arc from the manga novel. Without delving much into spoilers from the manga, expect this season to be a climatic “Avengers”-type story, where all the characters in the previous seasons will have a role to play in the upcoming season.

Follow these links to read more about what to expect from the upcoming season or find out what I had to say about the season 6 trailer.

One of the more popular animes this year is SPY x FAMILY. The first season aired earlier this year. It garnered worldwide attention and positive feedback from fans and critics alike. The comedic spy thriller offers a fresh change of pace from the usual high-stakes action offered in most mainstream animes.

The series features a master spy, Twilight, who creates a fake family to handle a mission assigned to him by his agency. However, his wife, Yor Forger, is a secret assassin with the code name “Thorn Princess.” Their fake daughter, Anya Forger, is a telepath who knows about both of their secret lives but tells no one. The 2nd part of the first season will air sometime later this October.

After a decade of hiatus, Bleach is finally back to finish the anime adaptation properly. The upcoming TV project will cover the final remaining arc in the manga, titled the same way as the caption of the anime.

Ichigo Kurosaki sets out on a mission to save the Soul Society from the prophecy of the Quincy King, who will destroy the world 9 days after his awakening. The series will premiere in October.

Anime fans worldwide have been waiting years for this upcoming series. From the studio that brought us the likes of Attack on Titan and Jujutsu Kaisen, the Chainsaw Man manga series will be adapted as an anime series, one of the more violent and bloodier series in Studio MAPPA’s history.

The story introduces our protagonist, Denji, a teenage boy living with a Chainsaw Devil named Pochita. He’s lived his life repaying a debt his father made to her. One day, Denji is killed and later resurrected as the Chainsaw Man. The series premieres this coming October.

Speaking of Studio MAPPA, the popular anime studio is hard at work with a number of projects over the next couple of years. One series that many fans have their eyes on is Jujutsu Kaisen, with the second season set to premiere sometime next year.

Hiroshi Seko, the screenwriter for the series, has confirmed that “Season 2 will continue the incredible story from the original comic” and is “sure it will meet the expectations of the fans.” The first season concluded with the Death Painting Arc. Season 2 will cover Satoru Gojo’s past and the Shibuya Incident.

One of my favorite mangas I’ve had the chance to read over the pandemic is Ken Wakui‘s Tokyo Revengers. The anime adaptation from Liden Films aired its first season in April 2021. It has managed to captivate fans on a worldwide scale.

The story follows Hanagaki Takemichi, a freelancer who’s managed to live an unsatisfying life until the final moments of his death. His death triggers an ability that sends him 12 years into the past and embarks on a mission to prevent a terrible future to come. The second season will air on January 2023 and cover the manga’s Christmas Showdown arc.

If you like My Hero Academia, Tokyo Revengers, or Jujutsu Kaisen, I highly recommend this anime to you. Bungo Stray Dogs sets a group of gifted individuals with supernatural powers carrying out missions and investigations.

In the last season, the Armed Detective Agency & the Port Mafia managed to thwart the “cannibalism” operation masterminded by the “Demon” Fyodor. In this next season, the Agency will take on a new threat; “The Decay of the Angel”. The 4th season will premiere on January 2023. Check out the trailer for season 4 below!

That’s my list of animes to watch in 2022/23! Do you have an upcoming anime you’re excited to see this year or the next? Let us know in the comments or on social media! Be sure to check out all these series on crunchyroll.com!