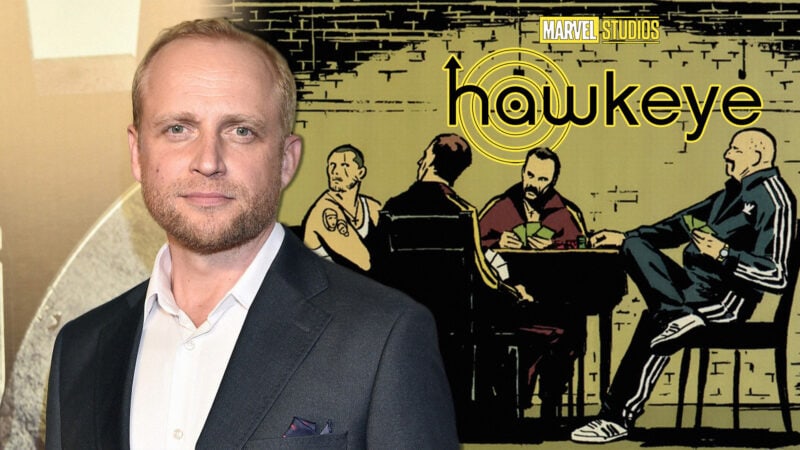 Note: this article was first posted on Murphy’s Multiverse on February 25, 2021

It’s been reported for quite some time that Matt Fraction’s infamous Hawkeye mobsters, The Tracksuit Mafia, would have a significant presence in the upcoming Disney+ series. However, little has come out about specific casting for this group of baddies, aside from assassin Kazimierz Kazimierczak (aka the Clown played by Fra Fee). After a bit of connecting imaginary dots by a Facebook user, and a bit more investigation by myself, I believe another actor and possible significant character related to the gang has been uncovered.

Facebook user Lysy z Marvela, recently posted that popular Polish actor Piotr Adamczyk appeared on Good Morning TVN and said that he is in Atlanta shooting a project that he can’t talk about. We all know how secretive Marvel Studios is about their projects, and there are several Marvel projects currently filming in Georgia, so, it really isn’t a stretch to think he’s appearing in one of those. Lysy z Marvela also notes that Adamczyk is following Marvel, and several actors from Hawkeye on his Instagram, which I confirmed. He is following Marvel, Hailee Steinfield, Jeremy Renner, Vera Farmiga, and perhaps most interestingly, he is mutually following Fee. That would appear to link the two actors more closely within the show.

In August of 2020, it was reported by the Direct that Hawkeye was looking for Eastern European actors to portray mobsters, and Adamczyk being Polish would certainly fit the bill.

A quick look at the actor’s IMDB reveals he’s had a significant career, most recently appearing in For All Mankind on Apple TV, as well as Madame Secretary, and he has starred in biopics about both Chopin, and Pope John-Paul II. It is not a stretch to assume, if he is indeed in Hawkeye, that he is playing a member of the Tracksuit Mafia. And if he’s playing a member of the Tracksuit Mafia, given the depth of his filmography, it’s certainly not a stretch to think he’s a significant member of the gang. Bro!