Connecting Imaginary Dots: Actress Fala Chen May Have a Key Role in ‘SHANG-CHI’ 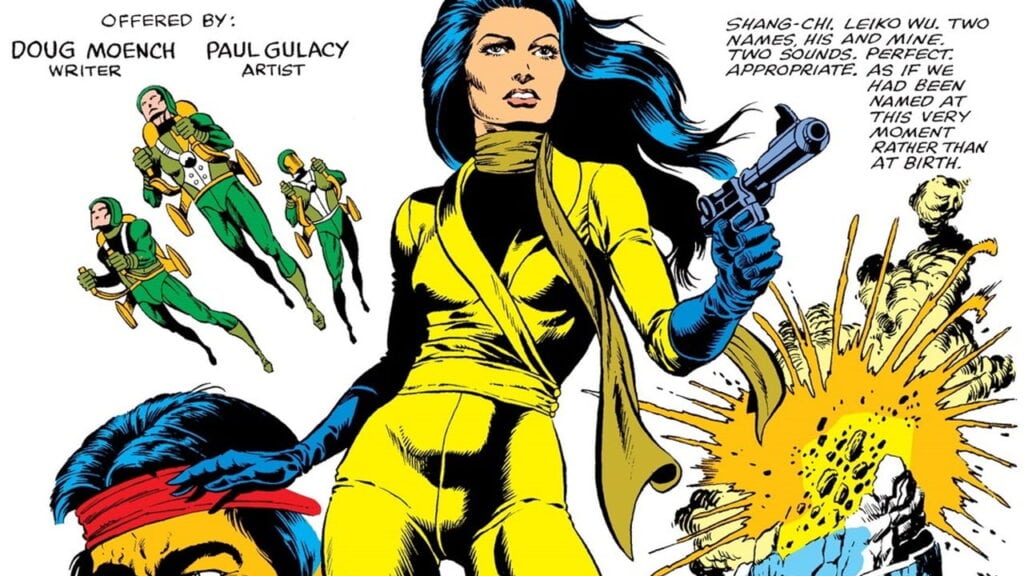 Connecting Imaginary Dots: Actress Fala Chen May Have a Key Role in ‘SHANG-CHI’

Note: this article was originally published at Murphy’s Multiverse on May 18, 2020.

For those of you unfamiliar with the Connecting the Imaginary Dots articles on Murphy’s Multiverse, basically this is for stuff we find, that is not officially confirmed, but are more speculative pieces based on other information and “proof” we are putting together to make our conclusions.

A very recent Connecting Imaginary Dots written by me was just today confirmed to be correct by Discussing Film. You can  check out my previous detective work here!

This Connecting Imaginary Dots may not have quite as much backup as my Erin Kellyman article linked above, but strap in people because I really think I’m onto something here too!

Let’s begin with a quite accidental find while I was a bit bored and looking for more news to share with you all. As you will see below, actress Fala Chen, who can be seen in HBO drama The Undoing starring Nicole Kidman and Hugh Grant this Fall, has some rather interesting Marvel-related follows. 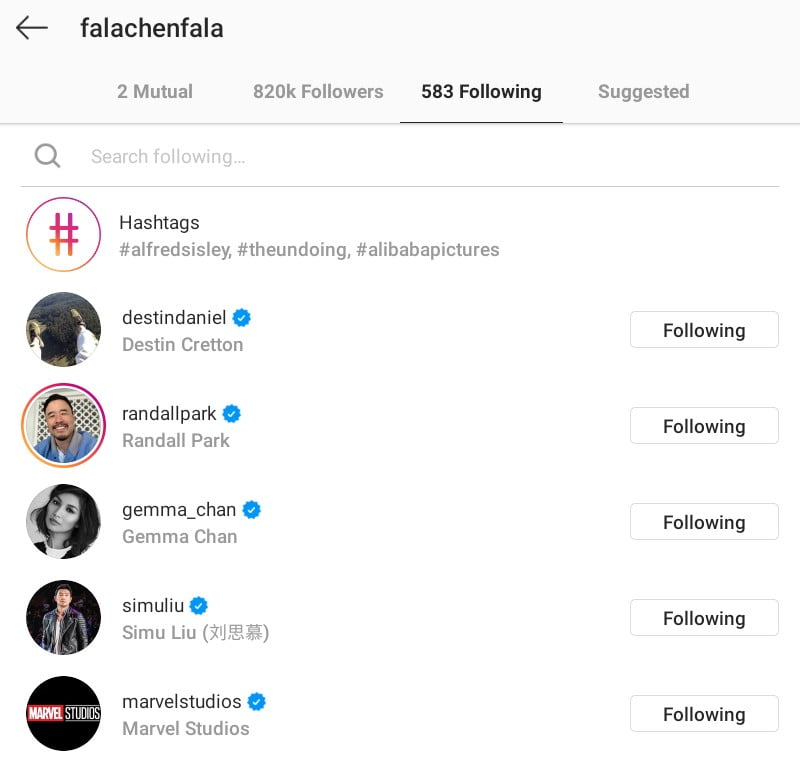 More importantly, Simu Liu and Destin Cretton (star and director of Shang-Chi and the Legend of the Ten Rings, respectively) are mutual follows with Fala. Now of course actors can mutually follow each other, it doesn’t necessarily mean they’re working together. But it made me look a little closer. 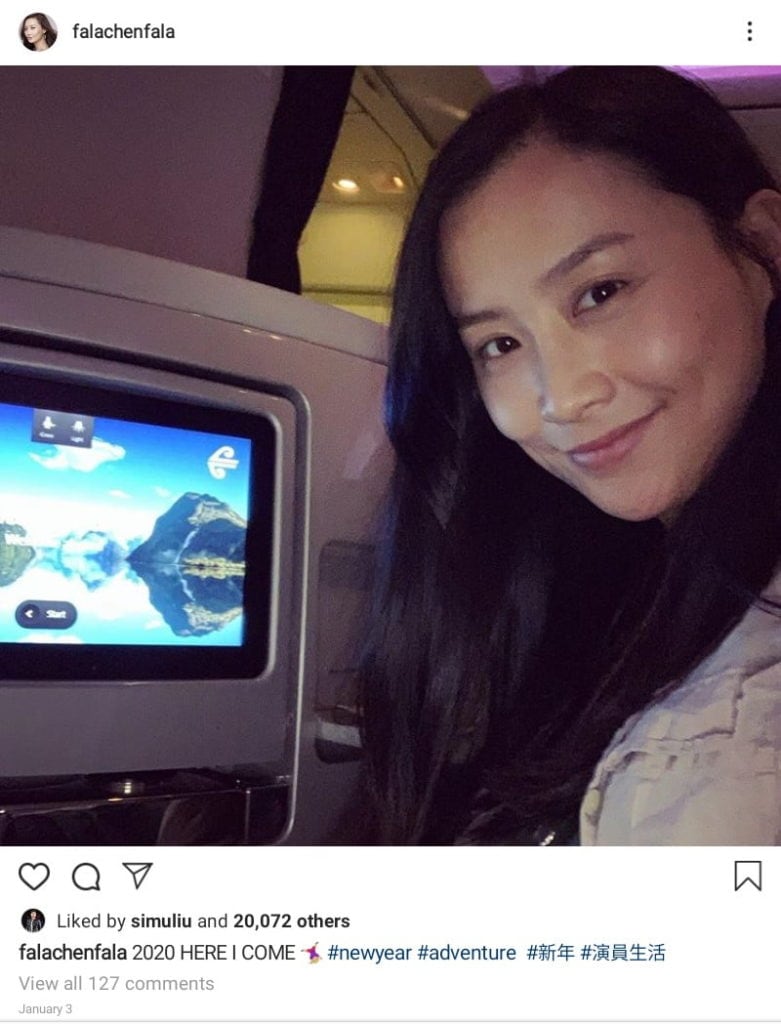 This post is from Fala’s Instagram on January 3rd 2020. At first it isn’t obvious but a few commenters on the post guessed it and then it became obvious by the symbol on the upper right of the screen. She is on an Air New Zealand plane. Likely traveling somewhere “down under.”

A check on her Twitter shows a link to the same post but a bit more information in the tags: #newjob, #actorslife

Notice who liked it? 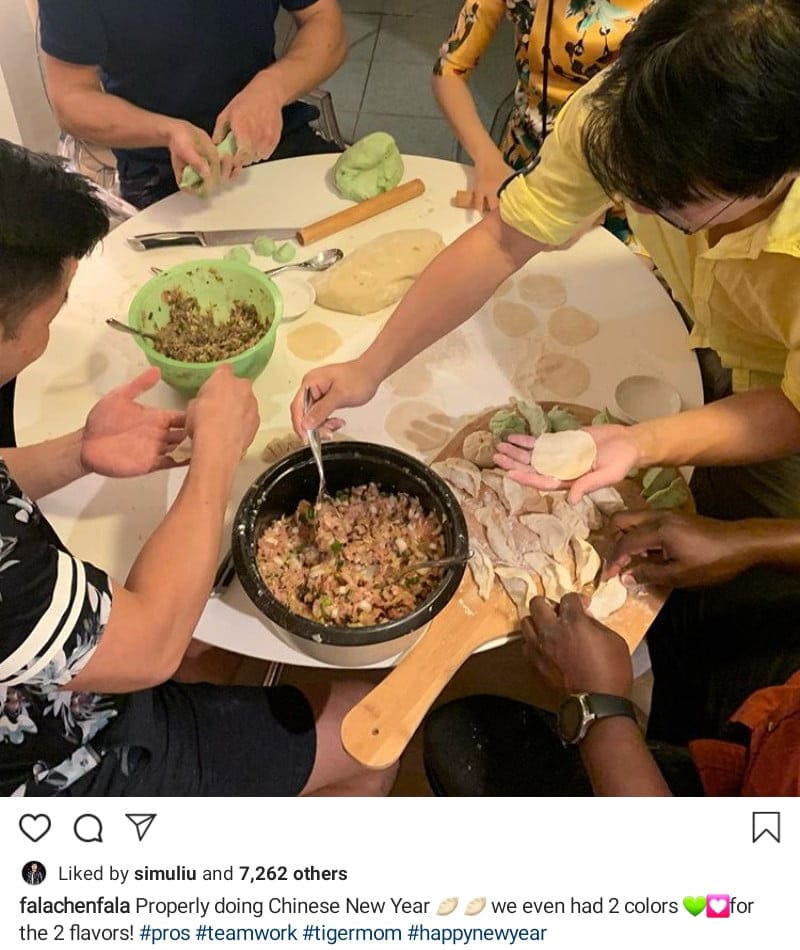 Another post below was a few days later but obviously the same dinner of dumplings being prepared. See who liked it again? And that comment?! 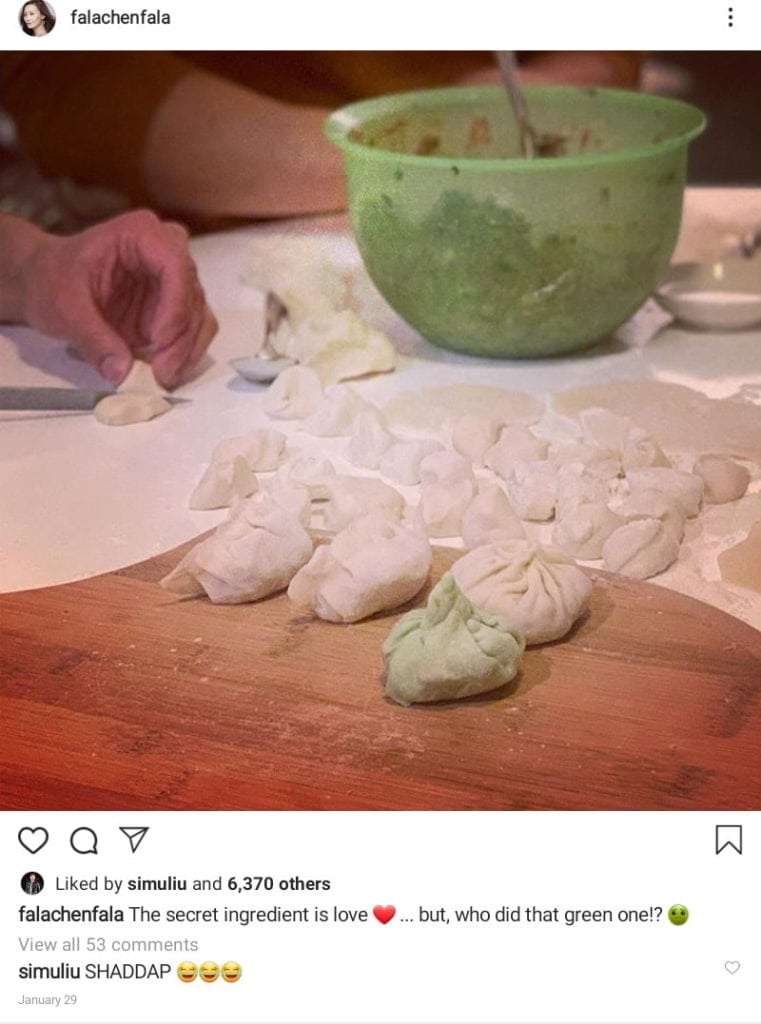 Now do me a favor okay? Scroll up this page back to the image around the table. See the guy with the black t-shirt working on the *green* dough?

Those arms, those pecks…Could that by any chance be our upcoming superhero Shang-Chi, aka Simu Liu himself, helping prepare the dumplings? You can probably guess, I think it is!

Further evidence of her filming Shang-Chi or something there for an extended period includes her arriving January 3rd but not seeming to leave until a February 22 post in Los Angeles (which director Destin Cretton liked), a Valentine’s day flowers picture which appears to be in a very nice cast trailer, and a post on February 12 talking about unwinding after a 13-hour workday.

Yup. Obviously, this is not confirmed or official by any means but I would have to say an actress that is mutually followed by the star and director of a movie, travels to a faraway place where they’re filming, stays over a month and a half, hangs out with the star, gets her posts liked by both, etc, etc… She’s probably working on Shang-Chi. And probably a significant role.

For an idea who Fala Chen may be playing look back at this Charles Murphy Exclusive back in January which stated that MI-6 agents Clive Reston, Black Jack Tarr, and Leiko Wu are being introduced in Shang-Chi and the Legend of the Ten Rings.

Fala is a very beautiful, 38-year-old Chinese-born actress who, per her IMDb page, speaks Mandarin, English, Cantonese, and Japanese. This would most certainly be a perfect fit for Leiko Wu.