Connecting Imaginary Dots: A ‘SOLO: A STAR WARS STORY’ Actor May Be Appearing in ‘THE FALCON AND THE WINTER SOLDIER’ 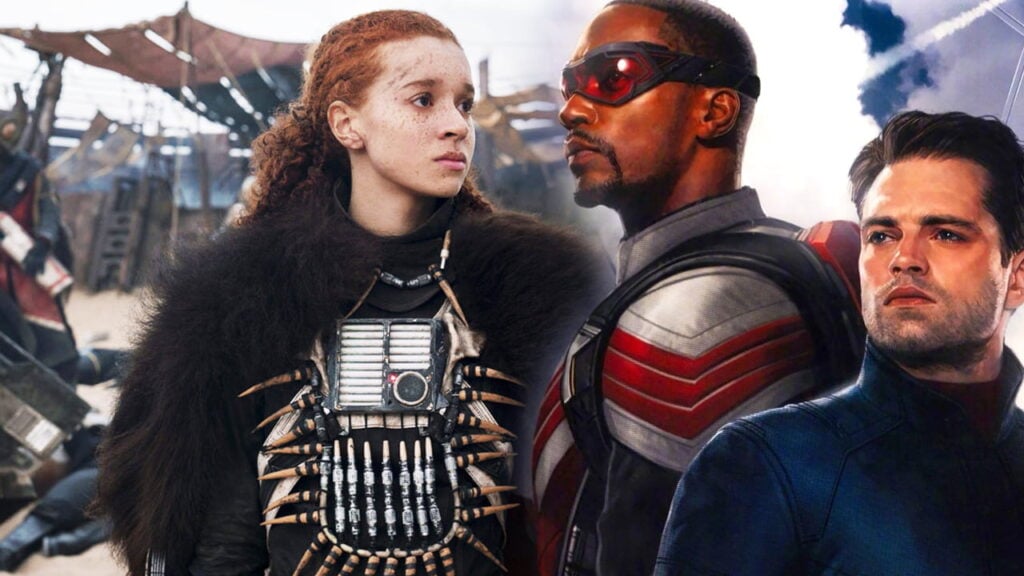 Connecting Imaginary Dots: A ‘SOLO: A STAR WARS STORY’ Actor May Be Appearing in ‘THE FALCON AND THE WINTER SOLDIER’

Note: this article was originally published at Murphy’s Multiverse on May 16, 2020.

For those of you unfamiliar with the Connecting the Imaginary Dots articles on Murphys Multiverse, basically, this is for stuff we find, that is not officially confirmed, but is more speculative pieces based on other information and “proof” we are putting together to make our conclusions.

One of the things I enjoy about being on social media, following and reporting on these shows, is the interaction with other fans. And they are often the ones paying closest attention to what their favorite actors and actresses are getting up to and sharing it.

One such fan got in contact with me through Instagram yesterday with some very interesting information observed about actress Erin Kellyman, who you may remember as Enfys Nest in Solo: A Star Wars Story. The person asked to remain anonymous but here is their first DM sent to me below. 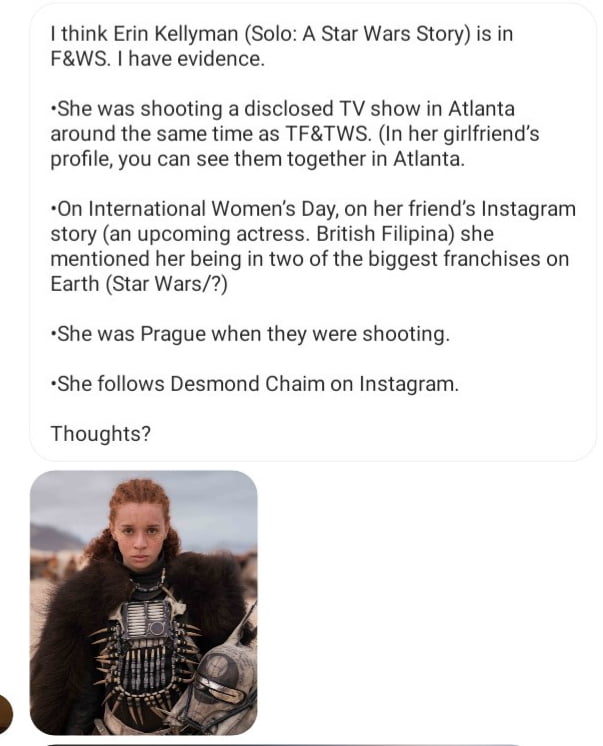 Now, I am no naive dummy. I know not to just take what a random person who DMs me says at face value. So I, like any decent detective, go hunting for “proof.” Unfortunately, due to Instagram stories usually being temporary if not saved, I was not able to corroborate some key assertions my new anonymous friend makes. Such as, Erin being in Prague and Atlanta while The Falcon and the Winter Soldier were filming. However, this tipster did share the saved Instagram stories post by Erin’s friend, Dayna Browning, from about 9 weeks ago, in which she mentions Erin being “in two of the biggest franchises ever.” 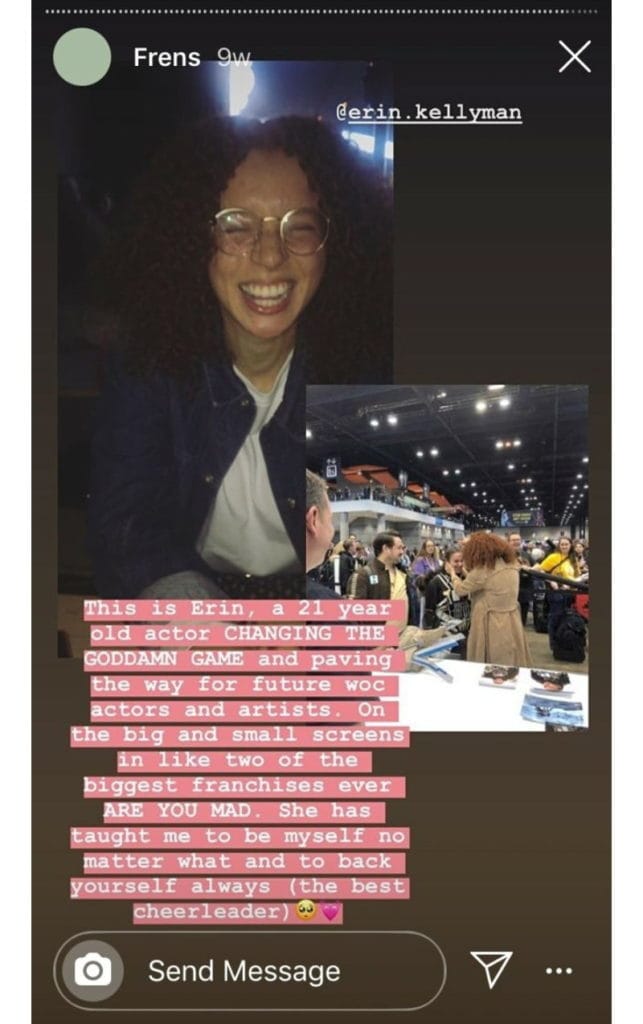 One quick check on who Erin herself was following and followed by on Instagram, revealed some other interesting supporting evidence. 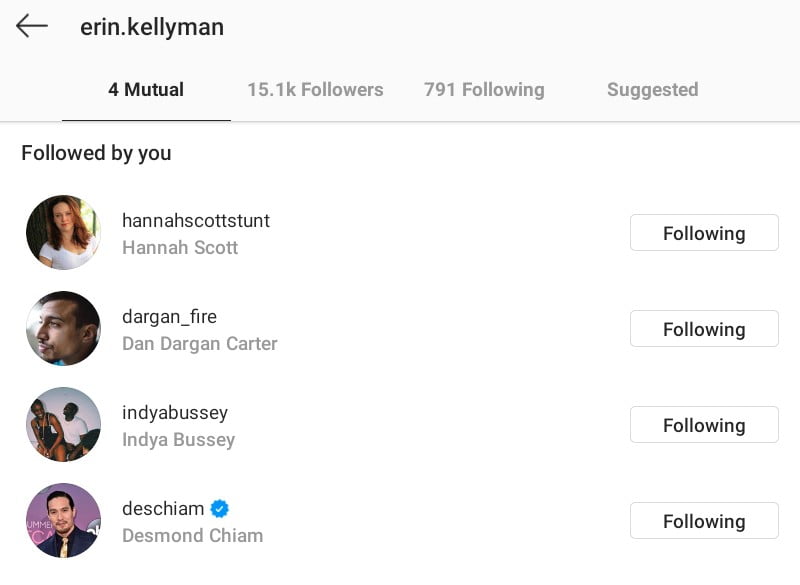 Desmond Chiam is definitely in The Falcon and the Winter Soldier, and he is mutual follower with Erin. He also follows her brand spanking new Twitter account. (See below)

Next we look at Indya Bussey, also mutually following Erin. You may remember a recent  Connecting the Imaginary Dots Charles Murphy wrote up which mentioned her being in The Falcon and the Winter Soldier and she was definitely in Prague when they were filming there in March. She probably would have met Erin then if not earlier.

The other two mutual follows with Erin listed there are stunt people who are definitely working on, you can probably guess it, The Falcon and the Winter Soldier. They are not listed in IMDb yet, but I’ve been following the stunt people enough to know they are part of that series team. And both of them were in Prague with the rest of the stunt team for off time when not filming.

Now let’s have a closer look at stuntwoman Hannah Scott in particular. She and Erin follow each other and it doesn’t appear to be from previous work. Erin also liked a few pertinent posts of Hannah’s: a sightseeing picture from when she was in Prague working on the series, and very important to note that Erin liked Hannah’s post of the Superbowl trailer for the 3 Marvel Disney plus shows. Coincidence? Possibly. But all together evidence is mounting to support my anonymous contributor’s claim.

And just one more little thing about that, whenever I’m trying to figure out who a stand-in or stunt double might be doubling for, I look at heights to see if they’re close. Erin is 5′ 6″ while Hannah is 5’5 1/2″. Pretty close right? It might even be that Hannah hasn’t listed herself on IMDb yet because she is stunt doubling for Erin who hasn’t been officially announced yet! A stretch? Maybe, but it seems logical to me.

‘But who is Erin playing?’, you might be scratching your head asking about now. Well, as with this revelation that Erin Kellyman might very well be appearing in The Falcon and the Winter Soldier, nothing is confirmed officially yet. But I believe we uncovered some intriguing evidence for what her role might be in another article which included set videos and images from the series a few months back.

An excerpt from Charles Murphy’s article: 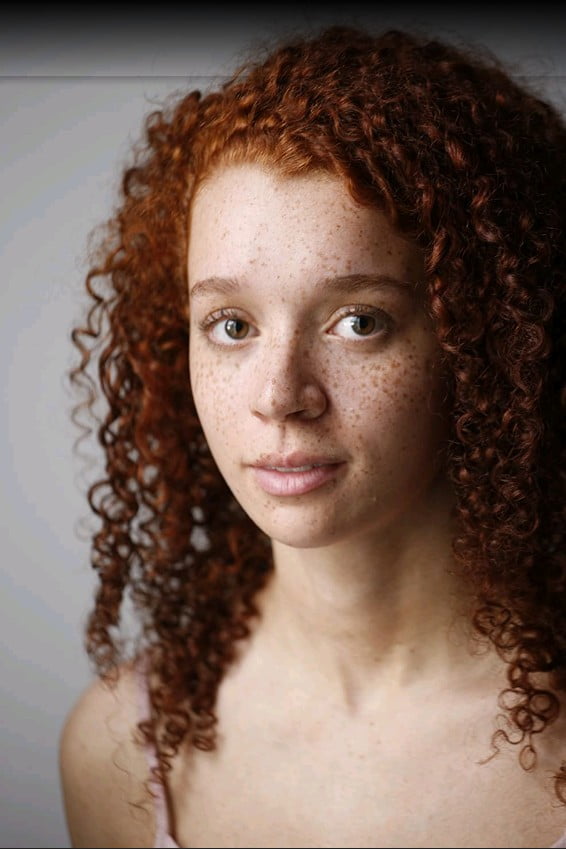 Anyone else thinking what I’m thinking? Because I’m thinking that Erin just might be our red-headed badass teaming up with those other seemingly suped-up lady thugs, causing trouble for Bucky Barnes, and trading blows with John Walker in those videos that were provided in the previously linked article.

In a previous Connecting the Imaginary Dots segment, Charles speculated that Songbird, aka Melissa Gold, or Diamondback, aka Rachel Leighton, may be in The Falcon and the Winter Soldier as well, based on some set images. This doesn’t seem to match up exactly with other evidence I’ve cited that Erin is in the series too. However, it is to be considered along with another suggestion by Charles as we were discussing this. He speculates that perhaps she could be playing Sharon Ventura. She has ties to the Grapplers, who we suspect are the group of female assailants, as well as having connections to Ben Grimm in Fantastic Four, Ms. Marvel, and even She-Hulk. Sharon seems as likely a character as any to add to the mix. 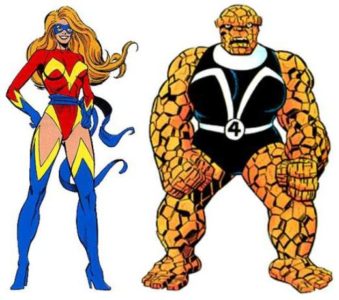 So what do you think? Are we correct about Erin Kellyman being in the series? And what MCU character do you think she will play?

n closing, thank you again to my anonymous contributor for the heads up on this, and thank you to everyone who sends me tips and articles to check out and share with everyone else. Please feel free to DM me on either Instagram or Twitter if you ever have set images or other MCU newsworthy information to share and I will check it out. It is greatly appreciated.