Welcome to the Clea reading guide!

Clea Strange has grown into one of the most powerful magicians in Marvel Comics. With A-list actor Charlize Theron bringing Clea to life in the MCU as Multiverse of Madness heads to Disney+ next week, now is the perfect time to catch up on Clea’s comics! While she has always been an important part of Doctor Strange’s history, she hasn’t always had an active role, which makes it tricky to follow her story over time. So gathered below are the highlights of her crusades to help you prepare for her next appearance in the MCU. Enjoy!

Currently Sorcerer Supreme and Ruler of the Dark Dimension, Clea is a child of the Faltine, ancient energy beings from another dimension. After Dormmamu banished her mother Umar, she was raised by her father Prince Orini, who was the heir to the Dark Dimension. Clea grew up as a servant of Dormammu, not knowing that Dormammu was actually her own uncle!

After Doctor Strange helped her escape from Dormammu, she followed him to Earth, becoming his student, partner, and wife. Following the death of Doctor Strange in the comics this past year, she is now the Sorcerer Supreme of both Earth and the Dark Dimension, and she is on a mission to bring Strange back to life! Clea was created by Stan Lee and Steve Ditko in 1964 in Strange Tales #126, which is the same issue that introduced her evil uncle Dormammu. After she follows Doctor Strange to Earth, she is depowered and left to study in the Sanctum Sanctorum. Her early adventures often featured being kidnapped and Strange coming to the rescue or being jealous that Strange might love someone else. But eventually, by the end of Doctor Strange (1974), she overthrows both of her parents and takes her place as the ruler of the Dark Dimension! 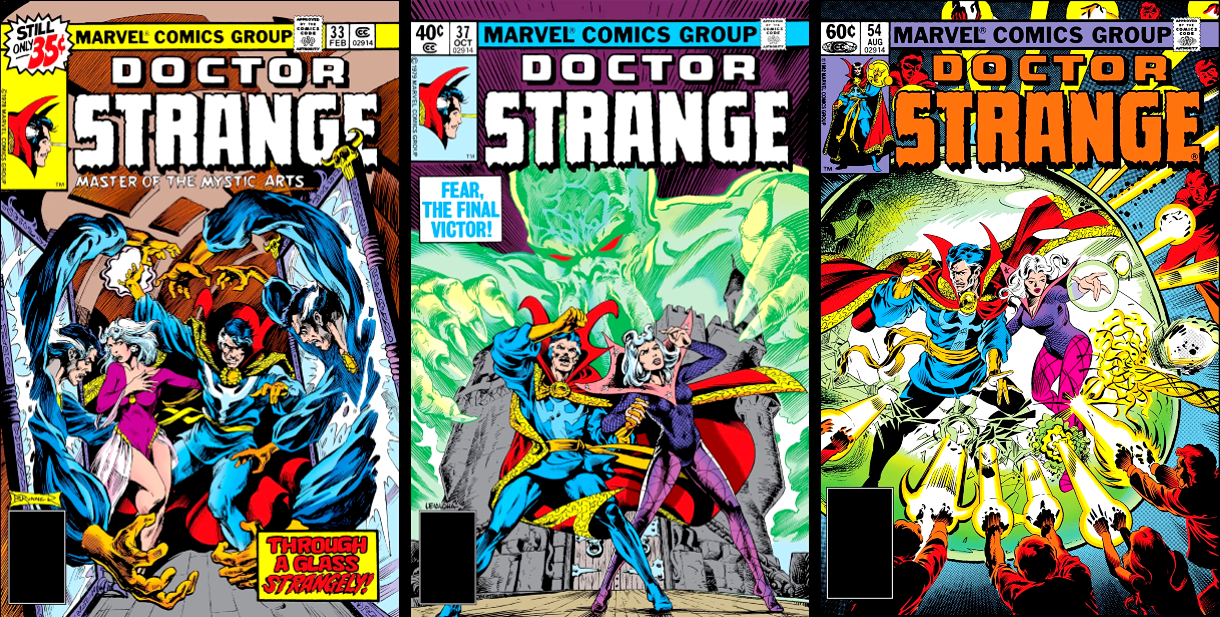 Now ruler of the Dark Dimension, Clea wears the Flames of Regency, the fiery crown typically associated with Dormammu. She becomes a major player during the Doctor Strange: Sorcerer Supreme series, which was one of the biggest influences on the lore of Multiverse of Madness. In fact, the series begins almost immediately with the ‘marriage’ of Clea and Strange. But when Dormammu returns in full force, she has to leave Earth to lead the rebellion against him. She would stay there for over a decade, eventually earning her way to becoming the Sorcerer Supreme of the Dark Dimension. Over time, Clea became fed up with Strange seeing other women while she was away, so she eventually asked him for a divorce. They remained friends nonetheless, and the epilogue of Damnation in Doctor Strange (2015) #389 is a touching tribute to the close bond they shared. After Strange died this past year, she took the name “Clea Strange” as a tribute to his memory. This is possibly the first time 616 Clea has had a surname in the comics. She also took his mantle of Earth’s Sorcerer Supreme, making her one of the most powerful characters in Marvel history as the Sorcerer Supreme of both Earth and the Dark Dimension.

Clea also starred in the brand new prose novel Sisters of Sorcery by Marsheila Rockwell. Cosmic Circus writer Luna Gauthier recently reviewed the book and was a huge fan, saying “Sisters of Sorcery has a strong story and strong characters to carry it. I loved this book. If you are looking for strong female characters this book is perfect for you. If you just want a good story, this book is also for you. If women scare you, then you might want to skip this one because Sisters of Sorcery is all about women kicking butt and being amazing. Sisters everywhere, enjoy!” Check out her full review here! 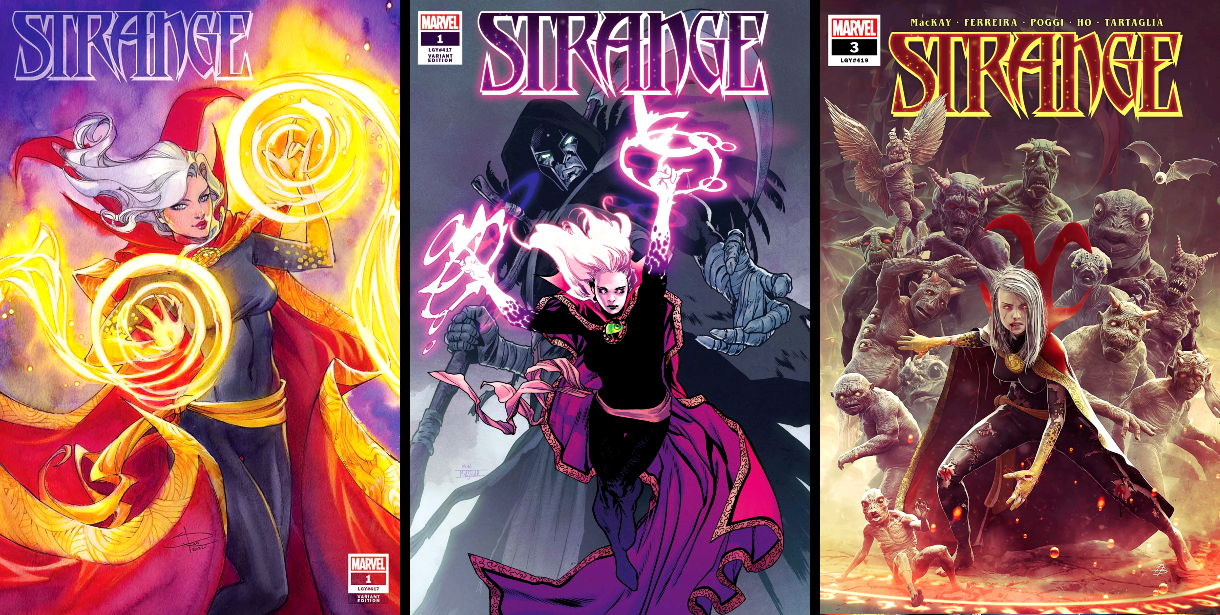 Clea in the Multiverse

Of course, she couldn’t be a Doctor Strange friend without her own multiversal shenanigans! So here are the most iconic stories featuring Clea’s multiversal variants. Each one has its own wild, wonderful universe! And that’s the story of Clea so far! She and Strange have one of the longest on/off relationships in Marvel comics, so seeing their love story unfold is going to be an exciting wild ride in the future of the MCU.

Have you ever read any of these comics? What are you reading now? Let me know on Twitter @vinwriteswords and remember to follow the site @MyCosmicCircus for more about comics clues about upcoming Marvel projects!

Of course, be sure to check out our other reading guides, as well as our Women on the Midnight Suns showcase!