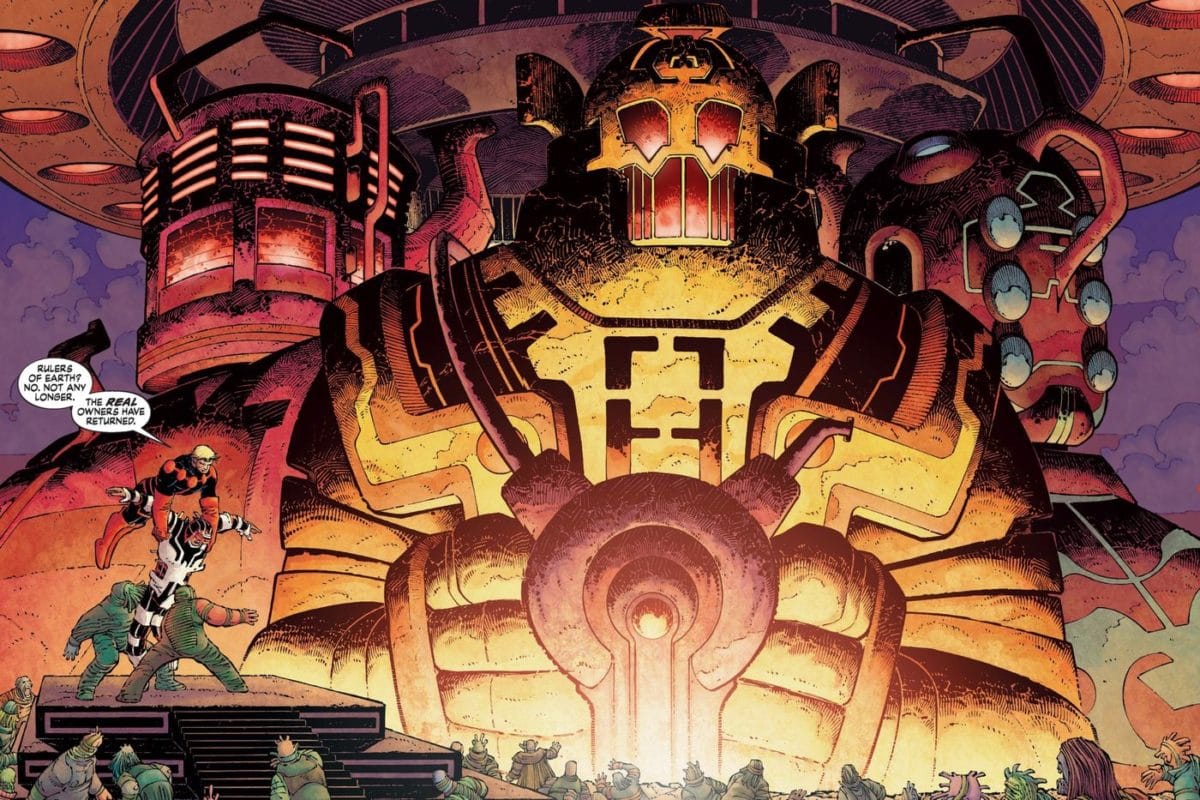 Just last night was the world premiere of Marvel Studios’ Eternals, and the stars truly shined bright last night on the blue carpet in front of the El Capitan theater. Marvel CCO Kevin Feige and Eternals director Chloé Zhao stopped by the live stream to answer a few questions about the film and talk about how it came to be.

The most interesting thing though was after Feige and Zhao were asked about the origins of the designs and visual style of the suits and ships in the film.  Zhao had this to say:

We asked ourselves from the very beginning – that would affect costume design, production design, everything […]  ‘why are they here?’ Is it military? Is it missionary? Y’know, ‘cause everything’s going to look different if it’s military or missionary. So we realized that they were missionaries from the celestials. Y’know, celestials that are gods. So everything does have that kind of holy undertone. We also look at sacred symbols throughout human history, backtracking and thinking ‘maybe because of who they were, they inspired these shapes and these symbols.’

It’s a wonderful sentiment that really piqued my interest when fellow Cosmic Circus writer Uday brought it up. Chloé Zhao is a wonderful director, that much has already been proven. But her insights into certain things and just the way her brain works look to be not only a welcome addition to the Marvel Cinematic Universe but a necessary one.

After hearing Zhao’s connection to religion, it’s hard for me to come to terms with the fact that I missed something so obvious. Within Christianity, or at least the Christianity that I’ve been exposed to, it’s believed that followers of God must spread the gospel and create more disciples of god. But, the goal of missionaries is to not only spread the gospel but to “save” those that are not followers.

It’ll be interesting to see how that’s adapted into the movie if it will be at all, but it’s created a grand image of a film in my head. Maybe there is a situation in which the Eternals must “save those that are not followers” or “save those who are not Eternals.”

“Save them from what?..” is a question that might be unclear, but I’d say the promotion has made it clear that the Eternals are set to protect Earth from the Deviants.

However, with movies like Prometheus, they spend nearly the entire runtime drawing lines and connecting threads between science fiction and religion. Most importantly, they spend a majority of the runtime pontificating on the idea of confronting your creators. That’s the very conflict that could potentially be at the heart of the Eternals film.

We know because of the trailers that the Celestials will have more than just a passing background involvement. We’ve seen multiple different Celestials in the promotional footage, so it’s assumed they’ll have quite the large role to play in the story. 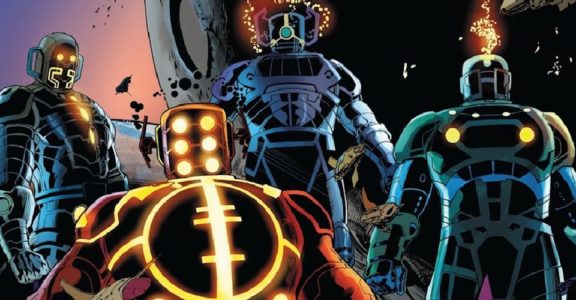 Also considering certain words traded between Gemma Chan’s Sersei and Kit Harington’s Dane Whitman regarding who instructs the Eternals on what to do, I feel like it’s setting up a strong conflict between the main heroes and their creators.

Right after Sersei says that they were instructed to stand by during attacks on Earth by Thanos, it cuts to a Celestial, and the suggestion seems to be that she isn’t very happy about the fact that they were restricted.

Given the way that Zhao really seems to be leaning into the religious elements of the story, it would not surprise me to see them explore the confrontation between creatures and their creators.

Hopefully, we can see some more heavy topics like that explored in the future, and it’s exciting to see Chloé Zhao pioneer the MCU into some really interesting places.