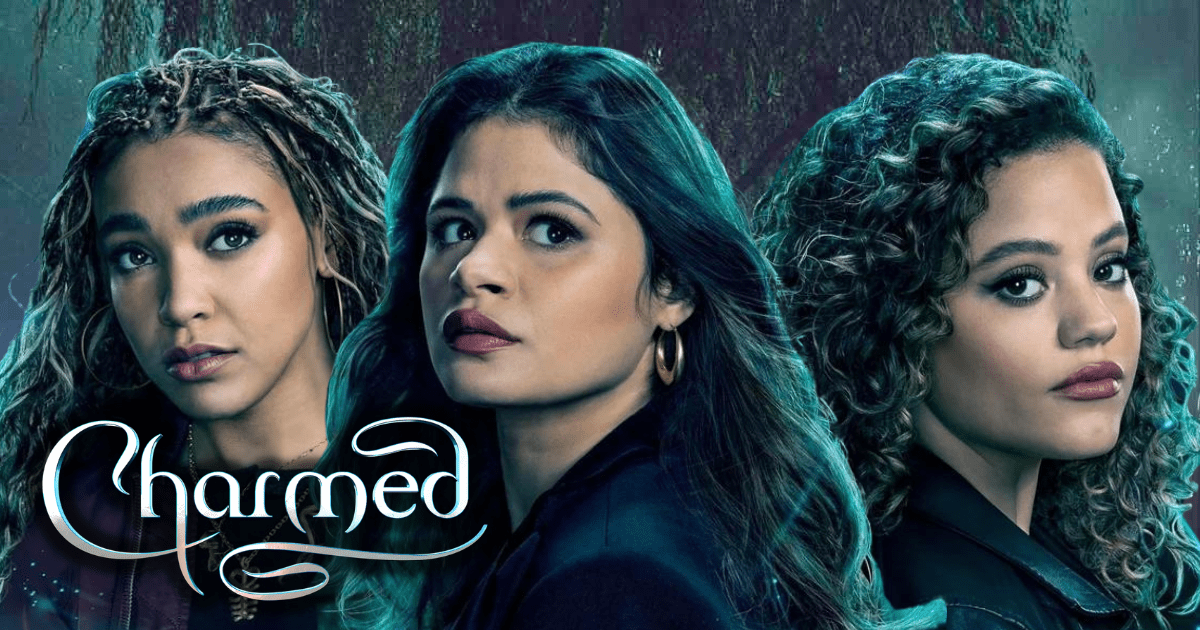 Titled ‘The End is Never the End’ this past week’s Charmed was indeed the end to this brilliant show. What should have been a season four closure turned quickly into the series finale for a show in the middle of a reinvention. Similar to the original series, Charmed saw the loss of one of the main stars, with Madeleine Mantock leaving at the end of season three. In a show about three magical sisters being the strongest force of good, losing a third of that could be a devastating blow.

Charmed had a lot of ground to cover in 13 episodes to establish a new direction for the show, introduce a new dynamic, and prove that there is life after the loss of a loved one. Check out the Charmed season four premiere review if you aren’t caught up yet, but if you are, let’s dive into this show’s final season.

[Warning: Charmed season 4 spoilers are below! Read at your own risk!]

Grieving a sister and rediscovering the magic

Even though Macy (Madeleine Mantock) wasn’t in a single episode this season, her presence was felt in almost every episode. Season four picked up six months after Macy’s death and every character is dealing with it vastly differently. Mel (Melonie Diaz) frequents a magic bar where she goes home with a different magical creature every night, running from the loss of both her sister and her girlfriend.

Maggie (Sarah Jeffery), along with newly minted Whitelighter Jordan (Jordan Donica), tracks down demons nightly, hoping for answers and something to take her anger issues out on. Harry (Rupert Evans) turns his back on being a Whitelighter, hoping to find Macy in the Veil, the show’s dimension of the dead.

What once was a close-knit family is now distant. The Vera sisters are passive-aggressive and angry towards each other and themselves for not being able to help Macy. Harry, Macy’s true love, will stop at nothing to bring her back. Jordan is the only one that seems to have any sense when it comes to the entire situation, with the rest forgetting that as the Charmed Ones, they are supposed to protect the magical world.

Everything changes when Michaela (Lucy Barrett), who goes by Kaela, is introduced as the third Charmed one. Kaela is apprehensive about joining the sisterhood as well as embracing her magic. As the season progresses, she becomes more accepting of her role in the magical world and eventually moves in with the Veras.

Part of Kaela’s story was how or why she is the third witch picked as a Charmed One. The season danced around this mystery, at times hinting that she is related to the other two. Eventually, the mystery is solved, with the knowledge that Kaela was infused with Macy’s magical blood during her cancer treatment, bringing a whole new meaning to blood relatives.

The Tallyman cometh and other villains

The initial villain of this series was terrifyingly spooky as well as incredibly real. When we’re introduced to the Tallyman, he felt like something otherworldly. He is a scary story told to children, to get them to behave. He seems to be everywhere at once and sees everything. However, his motives are human at their core, which is almost scarier. His main objective is to turn the greater magical community against the Charmed Ones. Which he does by blaming them for all the deaths occurring to magical creatures.

One of the best parts of this season was how the writers dived deep into the larger lore to create their final villain. In the original Charmed, we got hints and pieces about the previous incarnations, however, the reboot put the past Power of Three front and center. Inara (Nazneen Contractor), one of the original Charmed Ones, believes that the only way to save the world is to control it. She works hard, using others, to absorb the power of Three all for herself. However, like a good well-rounded villain, her redemption arc is complete by the end of the series.

The dynamics between Inara and her two sisters create a fantastic foil for the conflicts that Kaela, Maggie, and Mel have. Kaela struggles throughout the entire series about her place in the family structure, feeling that the blood bond between Mel and Maggie is stronger than the magical sisterhood provides. Seeing their sisterhood stand the test of Inara and the original Charmed Ones brought tears to my eyes. For the final episode alone, a season five should have been greenlit right away.

After saving the world, Mel, Kaela, and Maggie found themselves transferred through a portal onto a porch that looked oddly familiar. Walking into the front door together, the door swung closed as if by magic. The camera pans out to show us the house from the original Charmed series. While the shot of the entire purple victorian house brought tears to my eyes, I knew where the sisters were the moment I saw the stained glass window in the front door.

The cliffhanger will haunt me for the potential of what it could be. It would have been amazing to have the new Charmed Ones crossover with the Charmed Ones from my childhood. I wish that we could see this play out in what was sure to have been an epic season five. The reboot has been criticized many times for ignoring the reboot, however, the ending celebrates the original Charmed in the most epic way. For now, the doors are closed on that opportunity. At least for the time being.

This show, along with so many other shows on The CW, was canceled way too soon. Having watched Charmed from its first episode to its last, I only wished that we had more time with it. The stars have poured their hearts and souls into the show, so cutting it prematurely was like losing a best friend.

This show captures the essence of the original series but turned it up to eleven. The magic and graphics were always stellar, the acting was some of the best for any show I’ve watched on The CW. It also didn’t shy away from difficult topics, such as racism, LGBTQ+ issues, and feminism. It became a safe space for people who felt on the outside to be welcomed into The Charmed One’s home.

My one hope is that fans of the show come together to make their voices heard about their sadness about Charmed’s cancellation. The work of those behind the Save Legends of Tomorrow Campaign gives hope that together we can achieve anything and make our voices heard. Perhaps one day the end of Charmed truly won’t be the end, because anything is possible with the Power of Three and the fans who love them.

Charmed is currently streaming on The CW streaming service.