Characters That Could Appear in the Star Wars ‘Ahsoka’ series 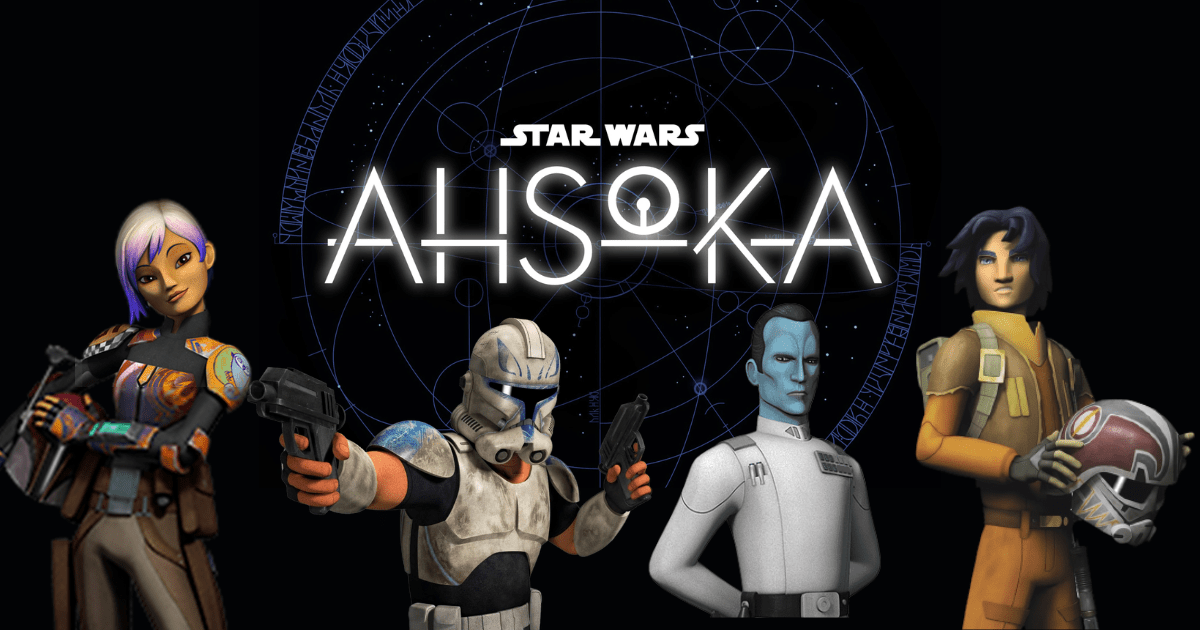 Characters That Could Appear in the Star Wars ‘Ahsoka’ series

Upcoming Disney+ series Ahsoka is set to come out next year and fans of the Togruta and Rebels are excited! There’s a lot of speculation about what’s going to happen in Ahsoka, besides Ahsoka’s (Rosario Dawson) mission to bring Ezra home, there isn’t much known about the plot.

There has been a lot of talk about who could possibly show up in the Ahsoka series. Here are some characters who might show up, and where I think Ahsoka and Sabine could go to find Thrawn and Ezra.

Thanks to announcements from Star Wars Celebration we know Natasha Liu Bordizzo is playing Sabine Wren, a Mandalorian and one of Ezra’s best friends. And thanks to the leaked Ahsoka trailer we know that Hera Syndulla, a rebel pilot, will also be in the show. Fans believe that actress Mary Elizabeth Winstead will be playing Hera. But who else is going to make an appearance?

Ahsoka’s first live-action appearance was in season 2 of The Mandalorian where she faced off with the Magistrate on the forest moon of Corvus. After beating the Magistrate Ahsoka asked a shocking question that I was not expecting, “Where is your master? Where is Grand Admiral Thrawn?”

This brings up so many questions. How did Thrawn escape Ezra after being taken from Lothal? Where has he been hiding? If Thrawn is able to give orders to the Magistrate, and possibly others across the galaxy, I’m assuming that he has somehow rejoined the Empire. It’s important that Ahsoka finds Thrawn because if she finds Thrawn she has a path to Ezra.

In the final season of Rebels Ezra goes through the portal of the world between worlds and pulls Ahsoka out of her fight with Darth Vader to safety. As they escape, Ezra has Ahsoka promise that she will find him. Ezra, along with Thrawn, hasn’t been seen since the end of Rebels.

One of my theories as to why Ezra hasn’t come back yet is that he and Thrawn were found by the Empire after the battle of Lothal. Somehow the Empire freed them from the Purgil and captured Ezra and Thrawn has been holding him captive since.

If Ahsoka does find him I’m curious to see if he will immediately rejoin the Ghost Crew. I’m also curious if she will introduce him to Luke Skywalker. In The Book of Boba Fett, we see Luke is building his Jedi school and Grogu left him to be with the Mandalorian. Ezra could choose to help Luke train the next generation of Jedi. I think it would be a nice way to honor Kanan, his teacher. Even if he doesn’t stay with Luke I think it would be cool to see some of “the last Jedi” together.

It is still unknown who is playing Ezra Bridger. Fan castings that has been on the internet since Ahsoka was announced has been Mena Massoud (Aladdin) and Rahul Kohli (The Haunting of Bly Manor).

We first saw Barriss Offee as Luminara Unduli’s padawan in Attack of the Clones. The pair have a few appearances in The Clone Wars. Barriss and Ahsoka would team up sometimes. The pair were friends but everything fell apart in season 5 of The Clone Wars.

We haven’t seen Barriss since the season 5 finale of The Clone Wars. We also don’t know what happened to Barriss during/after order 66. In a deleted scene from Revenge of the Sith, Barriss died fighting on Kashyyyk but that was cut from the final film.

Queen’s Hope, the new Padmé book by E.K. Johnston, had a small scene with Barriss. She talked about how scared of the war that she was, and that she didn’t want to fight in it. It made her very uncomfortable to see all the destruction and hurt people. Barriss thought and even said to the council that the Jedi should’ve never been involved in the Clone War.

In the Ahsoka novel by E.K. Johnston, Ahsoka says to herself:

“Barriss Offee was wrong about a lot of things…But she had a point about the Republic and the Jedi. There was something wrong with them, and we were too locked into our traditions to see what it was… She shouldn’t have killed anyone, and she definitely shouldn’t have framed me for it, but if we’d listened to her-really listened- we might have been able to stop Palpatine before he took power.”

Back in October, The Hollywood Reporter reported that Hayden Christensen will return as Anakin in Ahsoka. Recently Bespin Bulletin reported that he may appear as Darth Vader again in the show and James Earl Jones will provide his voice.

My guess is that there could possibly be Clone Wars flashbacks. Anakin’s force ghost, and now with the report of Darth Vader showing up, the show might recreate the Ahsoka and Darth Vader fight from Rebels in a flashback. I wouldn’t be surprised if it was a flashback since the trailer from Celebration leaked showing a recreation of the mural scene from the Rebels finale.

In a recent interview, Hayden Christensen was asked about an appearance in the Ahsoka series and said, “I can’t speak to the Ahsoka series. I don’t know about that one.” Of course, he is probably lying, because he can’t say anything about it yet since the show is currently filming. But see what you think in the video of the interview below.

Having Hayden back in Obi-Wan Kenobi was like reliving my childhood and he delivered an emotional, powerful performance. I can’t wait to see how he comes back in Ahsoka. I know a live-action Ahsoka/Anakin interaction is going to make me cry harder than Obi-Wan and Vader’s most recent fight.

Captain Rex is one of Ahsoka’s oldest and most trusted friends. When Clone Wars ended with season 6 we were left wondering what happened to Rex. Then he was in Rebels, which is the last we saw of him.

Rex didn’t get to have a moment at the end of Rebels where he reunited with Ahsoka, so I’m hoping there will be one in the show. I think there is a chance that Temuera Morrison would play Rex. Especially since we just saw Morrison as a clone in Obi-Wan Kenobi it would be fun to see him play this fan favorite.

Preparing for the Ahsoka Series

Hopefully, in a few months, we will have some news about more characters and maybe the plot. In the meantime, to help fans prepare for the series, I’ve put together this reading and viewing guide: Ahsoka Companion Guide. 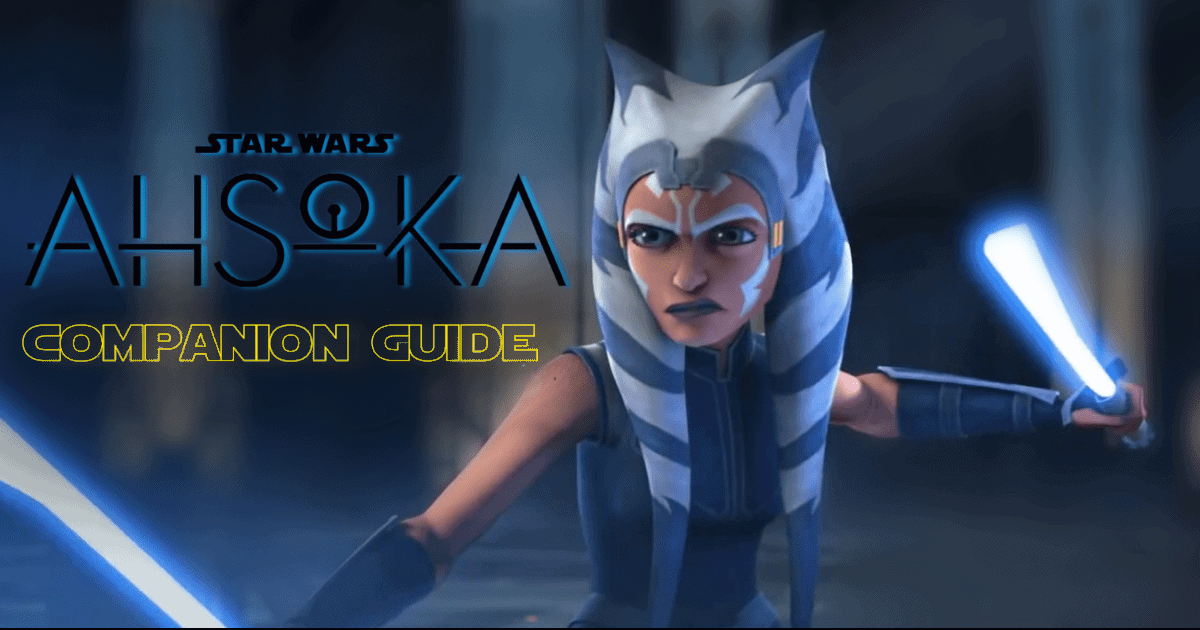 Who do you think will show up in the Ahsoka show? Out of these characters, who would you like to see? Let us know in the comments or over on our Twitter @mycosmiccircus!