Captain Kain’s Heroes and the Power of Cosplay 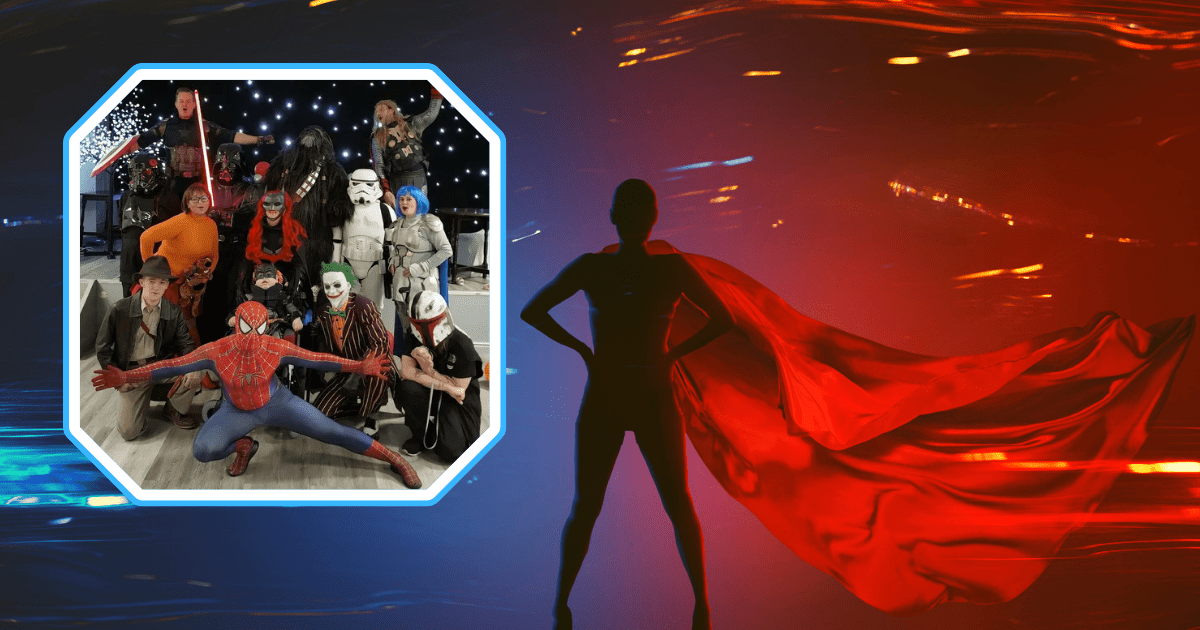 Captain Kain’s Heroes and the Power of Cosplay

Cosplay brings a lot of joy to a lot of people. It’s a creative outlet that some will spend hundreds of hours (and a lot of money) perfecting. It brings people together over a love of their favourite characters, and there’s nothing we love more than seeing the many different costumes at cons and events throughout the year.

Not only is cosplay a great thing for people who do it, but it can also mean the world to the people who get to meet their heroes. One of the best things is when kids are able to come face to face with a superhero or in some cases supervillain. Many cosplay groups around the world will go above and beyond to help kids and make dreams come true. And this is exactly what Imperial Order 66 UK did for a little boy called Kain.

On Saturday 20th August 2022, the group came together to have a special celebration for Kain and his family. From Captain America to Black Krrsantan, we had a whole host of heroes and villains who joined together to make a super day for an incredible family.

Captain Kain’s and how this day came together

In a room full of some of our favourite characters from film and TV, the focus was all on our main heroes of the day; Kain and his family. Kain was diagnosed with the life-limiting Pontocerebellar Hypoplasia (PCH), a rare disease that affects the development of the brain. But this hasn’t stopped him and his family from having the fullest life and as much fun as possible. 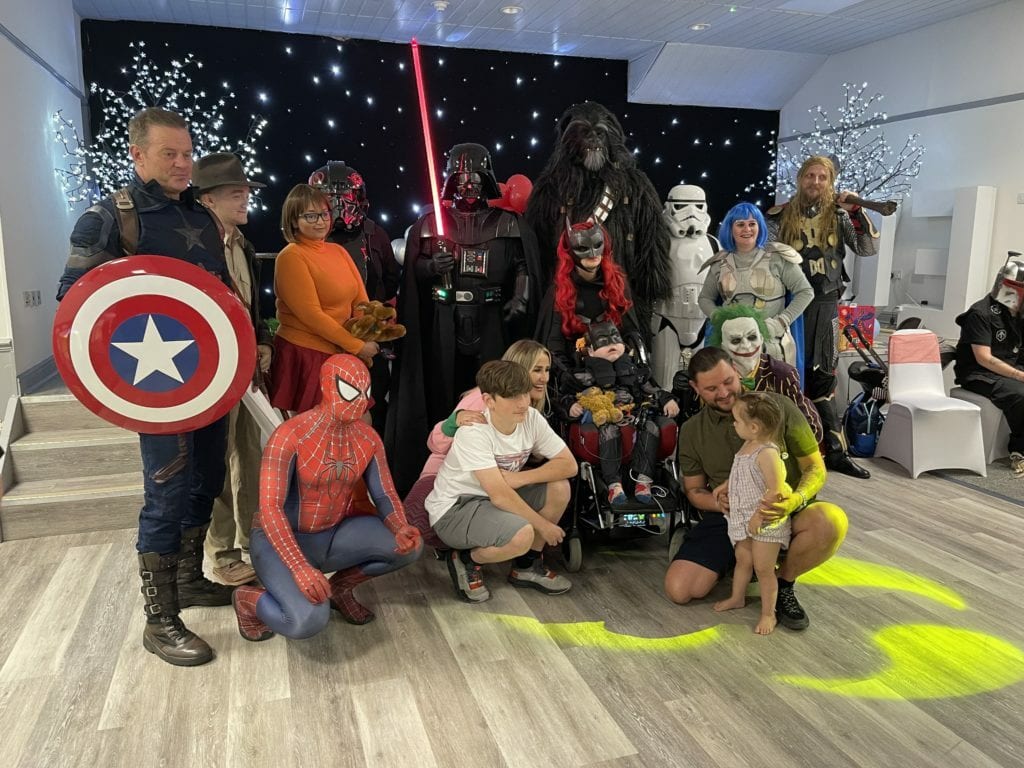 The family are making memories and doing as much as possible to make sure that they all have the most fun. And when Donna Hignett, a member of their support team from Prestige Nursing and Care, heard that they all loved superheroes, she had an idea to help make a special day for Kain and his fantastic family. After contacting her friend, a plan came together from a local cosplay group to make memories with their favourite heroes.

A non-profit group of friends who cosplay as characters from films and TV shows. Star Wars characters, superheroes, and super sleuths were just some of the characters we met on the day, and the team has so many more in their history. Their incredible and detailed costumes were clearly crafted with skill and love and truly made the day extra special.

“We enjoy doing it. We’ve met some really really good friends” Christine, who brought the thunder as Valkyrie, told me. And this is a big part of what cosplay is for people. Friends who you can have fun with and be yourself. But it’s not the only reason this group enjoys what they do.

“We support charities, but we’re not a charity.” said Steven, a member of the group who took the role of Captain America for the day.

And it’s clear that this is a big part of who this group is. I had the privilege of speaking to them as they suited up for the day, and one thing was abundantly clear; they’re people who want to do all they can to help others and make someone smile.

“Things like this we love to get involved with… seeing kid’s faces light up, the smiles. It just makes it all worthwhile” said Lee, our very own Darth Vader. This is a sentiment that was echoed by every member of the group, and it’s clear to see how much they enjoy being able to make someone’s day. 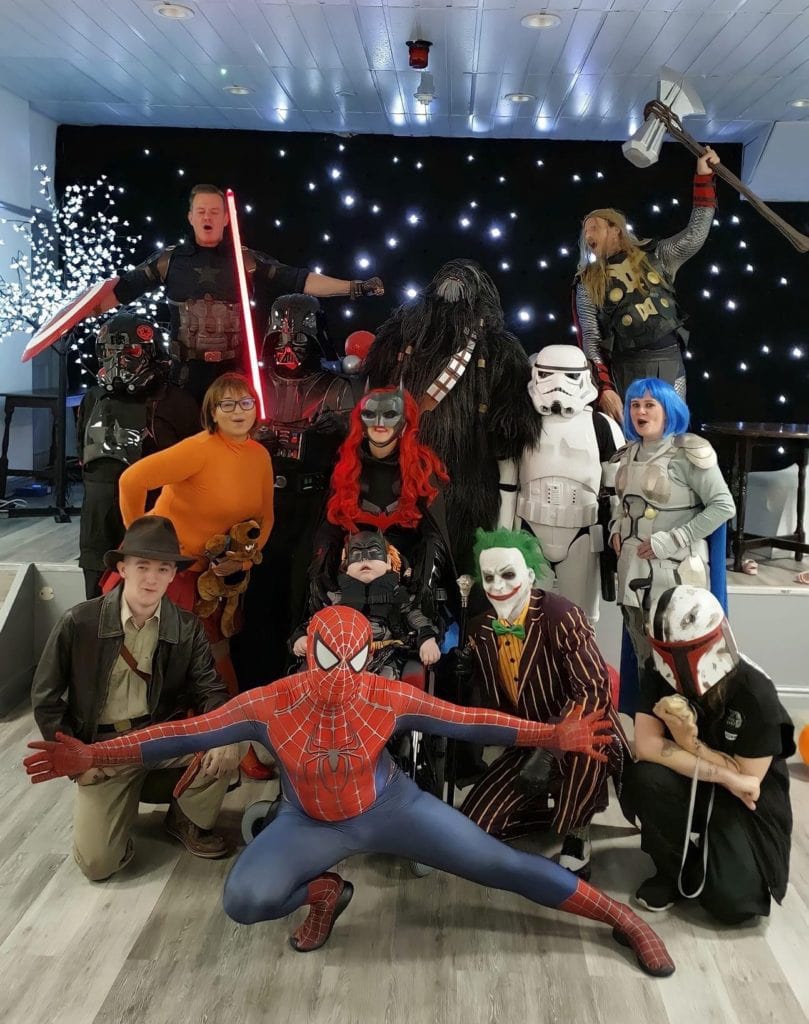 The day started once our main hero of the day arrived. Kain, complete with his own Batman costume, sat with his family in anticipation for the rest of the heroes to arrive. The Venue Maghull, who had so generously agreed to host the day, was the perfect setting for one group of heroes to meet another.

As we waited for the supergroup to enter the room, it was easy to see how important it was for not only Kain and his family but all of the people who know him. Friends, support workers, and anyone who was a part of Kain’s life had come out for his special day.

When they entered the room, it was a beautiful and emotional moment. When the event had been planned, I don’t think anyone quite expected how many of our heroes and villains would make an appearance. But Imperial Order 66 really went above and beyond what anyone could have asked for.

From Spider-Man to Indiana Jones, The Joker to Velma from Scooby Doo, the variety and amount of characters that we got to meet was incredible. And as soon as they met Kain, it’s pretty safe to say there wasn’t a dry eye in the room. Surrounded by his family and all of these characters, it was easy to see what an amazing time Kain was having.

The team wasted no time in making sure everyone got to meet their favourite characters, and get a photograph. Kids and adults alike were in line to meet their hero. And while Darth Vader and Black Krrsantan might not have been the most popular with the littlest ones in the room, they were definitely a favourite for the bigger kids!

One thing was made incredibly clear from the beginning; everyone here just wanted to make people smile. From the team of heroes dressing up to make an extra special day for an extraordinary family, to the family, friends, and support team that works with Kain. And the company that help look after Kain and his family wanted to offer something in return. 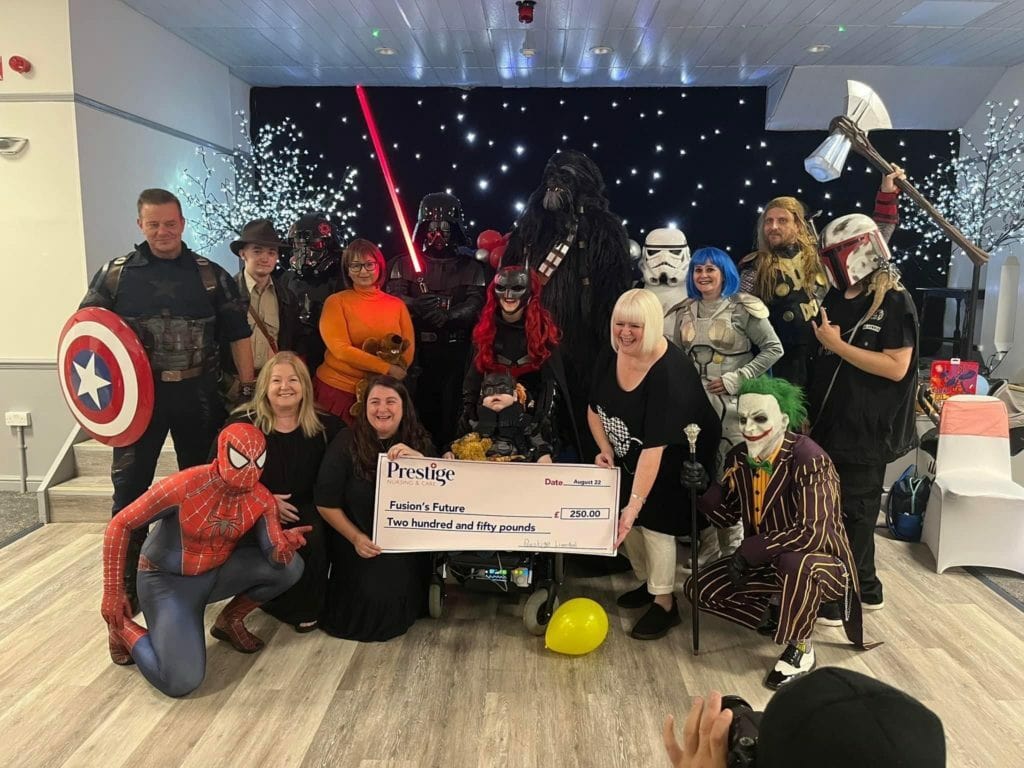 Imperial Order 66 has already said they don’t take donations, but instead asked for donations to a local charity in Liverpool, ‘Fusion’s Future Croxteth’. This team of amazing people are working to offer short breaks for children with disabilities. Their fundraising page can be found here!

Days like this are extra special for a few different reasons. A family was able to celebrate in a truly unique way and create some amazing memories. It also shows us how selfless and caring people can be.

It’s easy to get snowed under with a whole load of bad news these days, but it helps to remember that things like this are still happening. People will do all they can to help each other and make each other smile. And if it means that some people have to dress up as a Wookie or the God of Thunder to do this, then it’s not a bad way to help at all!! 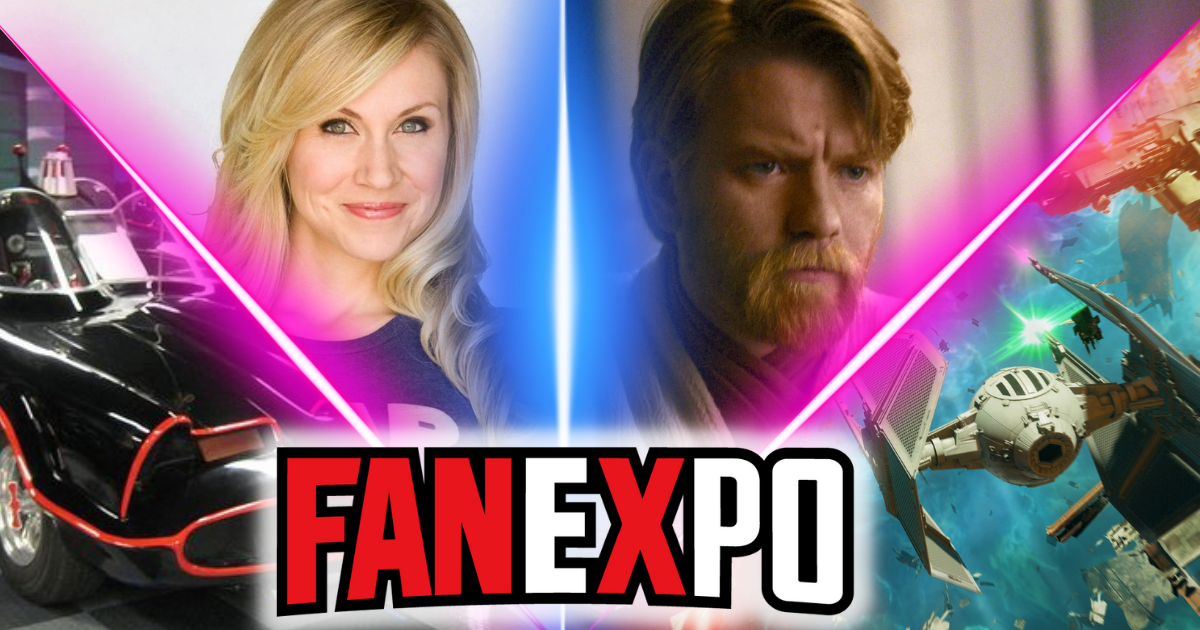