Book Review: ‘The Last Kids on Earth and the Forbidden Fortress’ by Max Brallier Book Review: ‘The Last Kids on Earth and the Forbidden Fortress’ by Max Brallier

Remember being a kid and thinking how cool it would be if there were no grown-ups telling you what to do? Well for four lucky kids their wish came true In The Last Kids on Earth and the Forbidden Fortress.

Max Brallier writes about Jack, June, Quint, and Dirk as they live through a monster/zombie apocalypse.  All the grown-ups have vanished… somewhere? In fact, all the humans except these four kids are missing. It’s just them against the world. And it’s not as great as they thought it’d be. But they think they’ve found a way to finally end the apocalypse and bring all the missing people back. They have to destroy a giant, living fortress full of monsters. Oh, and they have a strict deadline too. Easy, right?

[Note: While I am reviewing this novel independently and honestly, it should be noted that it has been provided to me by Viking Press for the purpose of this review. Warning: My review of The Last Kids on Earth and the Forbidden Fortress contains some spoilers!]

The series follows the main character Jack Sullivan as he tries to adjust to life on his own in the apocalypse. He picks up and loses different allies and enemies along the way. Over time he learns that it may be possible to actually end the zombie/monster apocalypse and even bring back all the missing people. Once he learns this his mission shifts from survival to rescue.

While Jack teams with different monsters with varying levels of success, he only comes in contact with three other humans who have been left behind. They are his best friend Quint, his bully Dirk, and his crush June. These four come together and after some initial difficulties and growing pains, become a strong new family and a force to be reckoned with.

Every group has a structure with people filling different roles that (hopefully) play to their strengths. In The Last Kids on Earth and the Forbidden Fortress, Jack plays the role of a reluctant leader. He lacks confidence but seems to be very good at making allies.

Both people and monsters are willing to follow him even though he constantly feels like he can’t be a leader. Quint is the tech guy. He is always making plans and can create devices out of almost anything to help the group reach its goals. Dirk is an ex-bully, which means that he is the default muscle in the group. But bully doesn’t define him completely. He is actually pretty compassionate and uses his softer side to reach reluctant allies. Finally, June is the demolition expert. I’m not sure if she was always as tough as she presents or if some of her over-the-top enthusiasm for destruction and grossness is a response to being the only girl in very tough circumstances. But either way, she lives to blow things up.

So our intrepid heroes are trying to stop the apocalypse and bring back their families from wherever they’ve gone. They believe that if they stop Thrull (the big bad guy) from completing a special tower it will keep Rezzoch (the bigger bad guy) from coming to our world and completely destroying it. Somehow this is also going to reverse what has already happened, the monsters (good and bad) will go home and the humans will return to earth.

Fortunately, the only one who knew how to finish the tower, Ghazt, is dead. Unfortunately, Thrull has a way to extract memories from Ghazt’s brain despite him being dead. The kids can’t let that happen so they hatch a plan to sneak into the forbidden fortress and stop Thrull from getting those schematics.

They make a great plan, everyone has a role and knows exactly what to do. They set off with a monster ally who has been inside the fortress before acting as their guide. Problems start before they even get to the fortress. Their guide starts suffering from some PTSD and can’t make it any closer, they’re on their own. They make it inside only to realize that they are in way over their heads. So they improvise like always, but will that be enough this time?

The Last Kids on Earth and the Forbidden Fortress is meant for the middle school age range although I’d say even kids as young as 7 or 8 could easily enjoy this book if they are good readers. Brallier really understands his demographic.

While I personally was a little grossed out by the amount of slime, goop, and uncertain but still disgusting substances involved in the adventure, the seven to thirteen age range loves it. I know from experience that my own son has been reading this series for a few years now and he is always excited for the latest book to come out. The stories are exciting and engaging. There is some reflection and character growth but it’s not the overwhelming focus of the story. Instead, it gets slipped in on the sly, in small doses.

Brallier’s series is more geared towards boys, most of the characters are male and the gross factor is still more appreciated by boys than girls. But that doesn’t mean girls couldn’t enjoy it. There are a few female characters mixed in. June is a very strong character, although in that over-the-top way that strong female characters are often written. And girls can enjoy the gross factor too so it’s more down to the individual reader although I think overall Brallier is writing for boys more than girls.

One thing that sets The Last Kids on Earth and the Forbidden Fortress apart is its illustrations. Douglas Holgate draws some great pictures that actually move the story forward. It’s a little like comics meets novels. The story is mostly told through Brallier’s written words but sometimes Holgate’s pictures come in and explain what is happening. Then Brallier picks the narrative back up.

I want to stress that the pictures actually tell the story when they appear. It’s not like other books where you glance at the picture at some point and see what is being talked about in the narrative. You have to look at the illustrations at the exact right time in Brallier’s story or you won’t understand what is happening in Holgate’s picture.

Furthermore, if you skip the picture it will leave you missing something and confused. It’s a nice blending of the two that I think really appeals to younger readers still transitioning from picture books to novels.

So The Last Kids on Earth and the Forbidden Fortress wasn’t written for me. I made sure to put myself into the mindset of an 11-year-old boy (mother of three boys here so it was easier than you think) while reading it and the 11-year-old boy me loved it.

The story was exciting and the kids were getting things done without parents getting in the way. There was lots of slime and things got blown up! I totally recommend it for all the kids from second to eighth grade!

The Last Kids on Earth and the Forbidden Fortress by Max Brallier is available now. Do you plan on reading it? Let us know over on Twitter. And if you haven’t already check out my review on A Convenient Parallel Dimension: How Ghostbusters Slimed Us Forever! 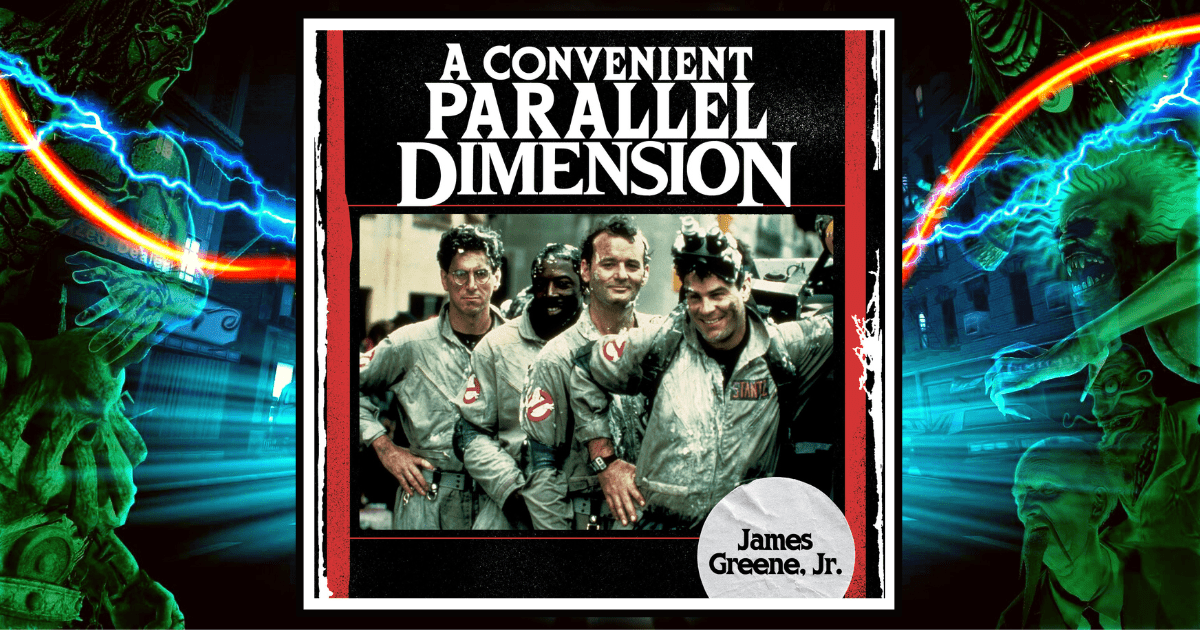