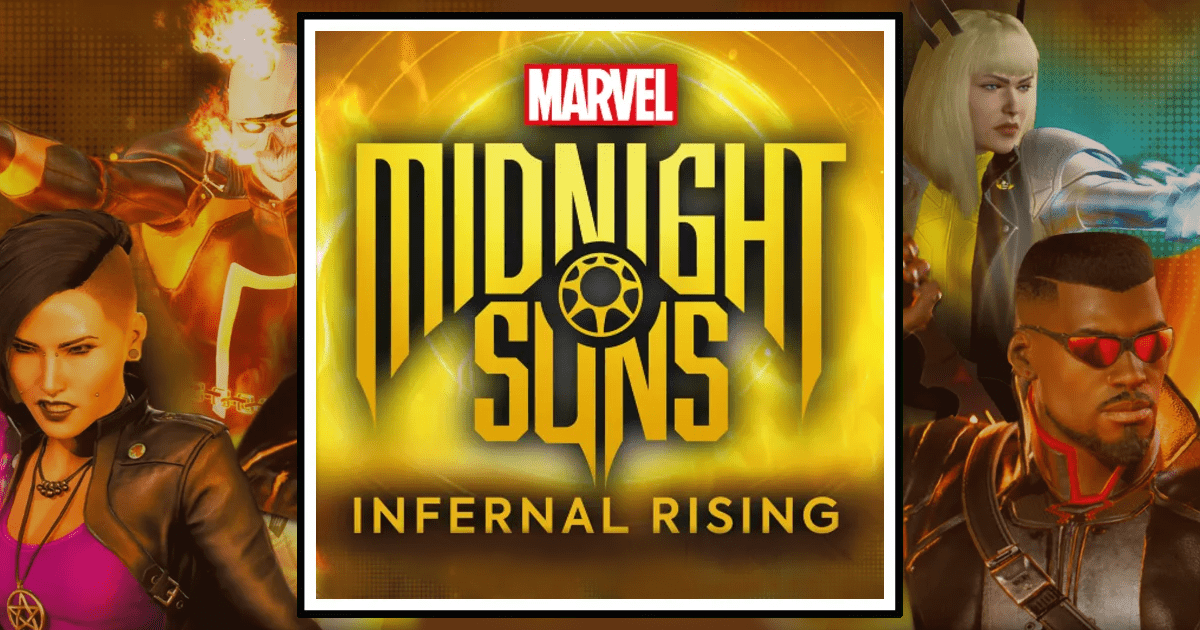 Marvel’s Midnight Suns: Infernal Rising is a brand new novel from SD Perry which serves as a prequel to the hit video game from Firaxis. While the book and game feature many of the Midnight Sons from Marvel Comics, they are definitely in a separate universe from the comics, with their own history and interpretation of the characters. For many of these heroes, it’s also their first time in a novel format, so I was curious to see how SD Perry adapted them from the comics.

The characters and story of Midnight Suns: Infernal Rising

Immediately, one of my favorite things about the novel is how each story section rotates through the different characters’ points of view. The novel is excellent for spotlighting each of the different characters, even ones not in the game like Satana Hellstrom. The book also includes many deep-cut references from the comics, which helps flesh out the video game’s new universe and bridge the gap between the comics and the game.

Infernal Rising presents an exciting two-pronged story structure by focusing closely on a team of demons (Zarathos and Satana) and a team of demon hunters (the Midnight Suns). Perry operates in multi-genre storytelling by using the two groups to juxtapose thriller and mystery. We are engrossed in the demons’ story as they try to pull off their master plan; at the same time, we’re also rooting for the demon hunters to uncover the demons’ plan and stop them.

The two story threads come to a head in an epic cat-and-mouse adventure heist. The propulsive, non-stop action beats lead to a hellish finale filled with demons and witchcraft that would make Sam Raimi proud.

While Infernal Rising is a fun story on its own, it doesn’t forget its role as a prequel to the video game. The book is written with the clear objective to introduce the readers to the game’s characters, personalities, powers, origins, histories, and the foundation of their team dynamics. Yet surprisingly, Perry incorporates these “info dumps” into her narrative in a way that feels natural and engaging. In fact, one of the greatest strengths of the novel is how well Perry explores the characters’ individual physical and psychological weaknesses, helping add nuance and relatability to these magical warriors while forging them into a stronger team.

Some of the early sections were a little exhausting with backstory, but the book quickly builds momentum as the action picks up. By the end of the first act, I was flying through the pages with a greater understanding of the characters. The commitment was fully rewarded by the end of the book because of the satisfying payoff of the characters’ evolution as a team over the course of the story.

Even though the core of the book is focused on bringing the Midnight Suns together for their first team mission, the genuinely emotional, surprising ending leads into the video game storyline so smoothly and so meaningfully that I wish the original “Rise of the Midnight Sons” comic event had started with this much thought, complexity, and excitement in 1992. This novel feels completely necessary for the video game and adds an extra layer of excitement and depth to the game’s storyline.

Given that this is an alternate interpretation of characters in service of a more prominent video game, there are a number of differences from the comics. A major shortfall of this tie-in approach is that, while the characters are generally accurate, their exact history and canon has to be left vague and enigmatic.

There’s a slight change to Magik’s backstory and she never mentions Colossus or Kitty Pryde, who are her most important relationships in the comics. Nico briefly mentions her history with the Runaways but generally acts as if the Midnight Suns are the first team she’s been a part of. Everything from Blade’s past and his vendettas against Dracula and Deacon Frost are left undisclosed, despite being major parts of his comic character.

However, these omissions and variations can be completely forgiven because of how well Perry uses the prose format to inhabit the minds of these iconic Marvel characters. I’ve read hundreds of comics with the different Midnight Sons characters, but I’ve never been able to live inside their heads and experience the world from their unique perspectives the way I can with Infernal Rising.

One of my favorite examples is the way Perry captures Blade’s painful self-loathing about being a vampire and the way the author vividly describes the world through his heightened senses. By taking advantage of the novel format, Perry is able to bring us into the broken psyches of these characters to create a surreally intimate sensory experience that no comic, film, or TV show has ever been able to match.

Another one of my few reservations with the novel is that the writing style took a bit of time to get used to, but it grew on me as I kept reading. Early on, I found some of the descriptions a little confusing to follow, with certain things being described in unnecessary detail while more important things were left to the imagination or described much later in the book.

When characters are thinking or experiencing action, some of the sentence structures become fragmented and flow loosely, almost in a stream-of-consciousness style. But as the book went on, I realized that Perry’s surreal style made for a refreshing reading experience and I was happy for the unique effect.

Overall, Midnight Suns: Infernal Rising is a strong recommendation for all fans of Marvel’s supernatural characters in general, and especially for the fans of the video game. SD Perry’s intimately sensory narration brings an invaluable new perspective to our understanding of these heroes, which makes this novel absolutely essential alternate universe reading for all serious fans. The strong character work and thrilling storylines feed into the game narrative so naturally that Midnight Suns: Infernal Rising should be an indispensable part of the full Midnight Suns experience.

Marvel’s Midnight Suns: Infernal Rising by SD Perry is available now! Do you plan on reading it? Have you been enjoying the game?  Let me know on Twitter @vinwriteswords and remember to follow the site @MyCosmicCircus and join the Discord for more reviews coming soon!

And if you haven’t already, check out Wiktor’s review of Marvel’s Midnight Suns and our Midnight Sons comics reading guide!